How India’s most-wanted terrorist attended the wedding of his daughter in one of Dubai’s luxury hotels, defying the authorities. 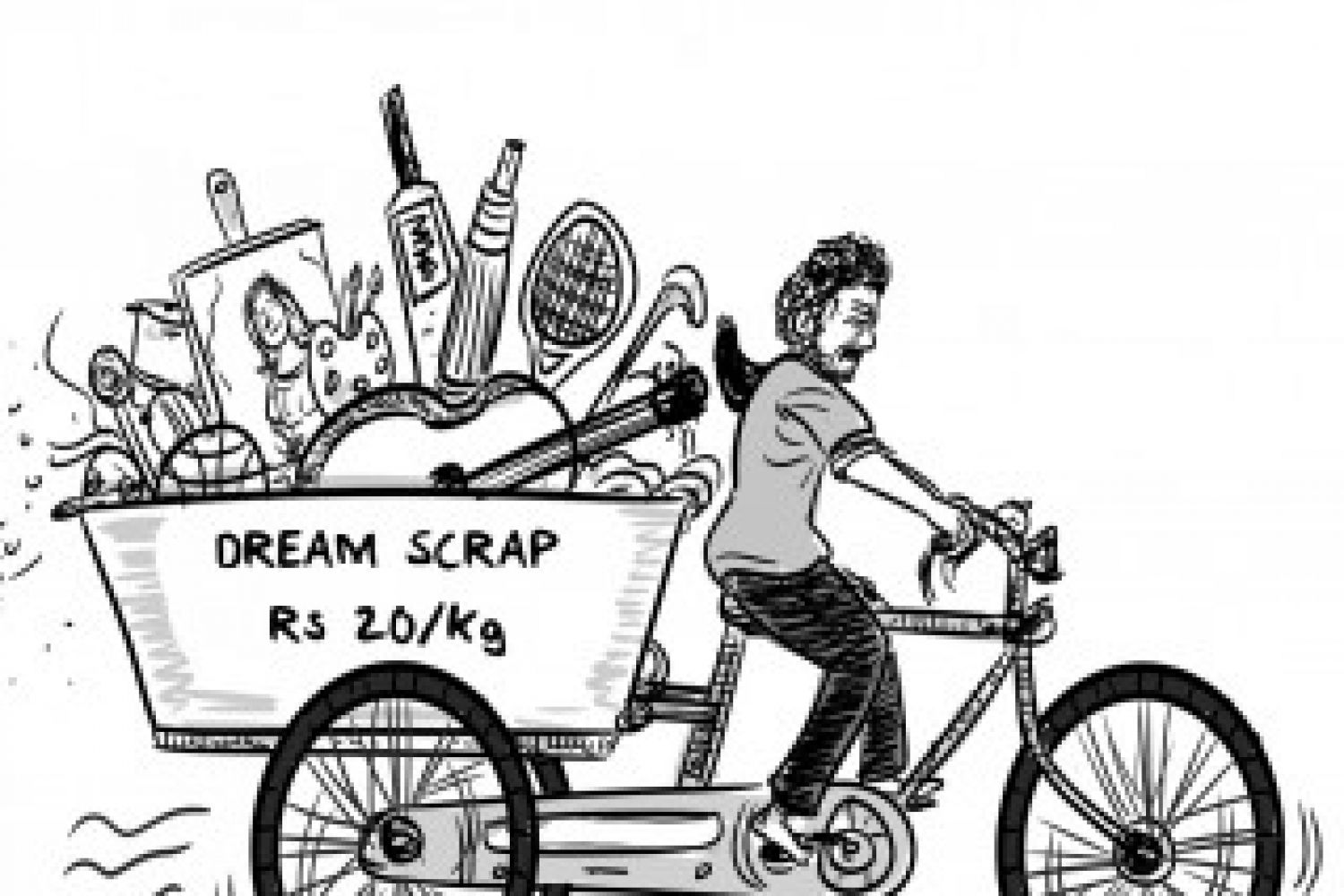 Mario Puzo would have been proud of the scene. In a ballroom chock-full with guests an opulent wedding reception was being held. The large hall had been divided into smaller sections to create an intimate ambience for some of its special guests. In one such cordoned-off section, at the extreme right, a burly man in his fifties with a thick trademark moustache sat in a huge Chesterfield armchair, exuding authority. The armchair had been placed facing the podium where the bride and the groom were seated. From his vantage point he could see the guests were milling about and celebrating, but the guests could not see him. The dark suit fitted him perfectly. The stark contrast between the colourful celebrations in the ballroom and the dark, subdued tone of the antechamber could not be more compelling.

Across the distance, our eyes met, and I mouthed “hello”. He nodded in response. For a brief second, my mind went numb. I could hardly believe that the man had returned my greeting.

I was living the wedding scene that opens the 1972 classic The Godfather, based on Mario Puzo’s novel. I remembered a line from the movie that introduced me to the mafia, the underworld, in my college days: “No Sicilian can refuse a request on his daughter’s wedding day.”

I really wished at that moment, in Dubai, that the don would follow the Italian-American mafia tradition and accept my request to interview him. But this was not The Godfather, nor was he Don Corleone. The man sitting in the plush armchair was none other than India’s most-wanted man, Dawood Ibrahim Kaskar, overseeing the reception of his daughter Mahrukh’s wedding in the summer of 2005—and while the rest of the world’s media feverishly reported the don’s absence from the event, I was the only journalist to see him there in flesh and blood.

The Grand Hyatt on Sheikh Rashid Road, Dubai, is a magnificent property that stands out even among the glittering skyscrapers of this oil-rich city. Its Baniyas Grand Ballroom is fittingly opulent—an ideal place to hold a spectacular ceremony. On the evening of 22 July 2005, the huge hall had been decorated in an elegant and classic style, in white, gold and dashes of pink here and there.

The tables across the ballroom were each set for eight guests and had large candelabras at their centres with four candles each. The stage was set for a grand candlelit dinner. The bases of the candle-stands were covered in pink and white roses. Each table had eight packets of chhuwaras (dry dates) and other dry fruits traditionally served at weddings.

The stunning chandeliers created dramatic light effects. Huge screens were placed in all corners so that guests could follow every detail of the ceremony. The stage for the couple had been draped in white, with its approach decorated with orchids and pink roses. A pair of green Chesterfield armchairs were placed at the centre of the stage for the newly-weds to sit on and greet the guests. The event was being captured live by over 1,000 cameras positioned strategically, not just around the ballroom but also in the corridors leading to the hall.

I was at this venue to cover the high-profile and closely monitored wedding reception of Dawood’s eldest daughter Mahrukh to Junaid, son of former Pakistani cricketer Javed Miandad. That evening I had come to the walima on behalf of Star News (now ABP News), responding to an invitation issued by Miandad to the channel during an interview aired a week earlier. Though there were plenty of other reporters from other channels who wanted to cover the wedding, they had all been turned down. I had not expected Miandad’s invitation to be honoured or that I would be allowed inside. But here I was, although getting in had hardly been a cakewalk..

While I waited to be taken on-stage to greet the couple, I scrutinised the hall, watching out for familiar faces and levels of security. It was at this time that I noticed Dawood Ibrahim, the don himself, sitting in an enclosed area.

Till I got a glimpse of the don, the only image Indian television channels repeatedly aired was that of Dawood sitting in the gallery of Sharjah’s stadium, watching a cricket match, surrounded by his cronies and Bollywood celebrities. He looked a bit different in real life, I thought.

Instinctively, I turned to walk towards him, but the two men beside me—Fayaz and Jaber, my escorts at the wedding—immediately sprung into action. They stopped me, saying that he was sitting in an all-male section and I could not go there.

I said I just wanted to say hello to Dawood Bhai.

They turned towards the don, and after some sort of communication between the two men and Dawood, Jaber told me he would talk to me later, once the function had ended. It was 1.30 a.m. already, and the event would go on for at least another hour. I would have told him if I could that all I wanted were some visuals that would prove my presence at the walima of Dawood Ibrahim’s daughter’s wedding. I tried again, asking him if I could have my pictures taken or perhaps shoot some footage while I wished the couple. I promised I would not make the images public until I had their permission. But Jaber was unrelenting. He told me, as he had before, that he would ask and let me know.

While we waited, I asked him how they would like me to report about the event. Jaber reminded me that I was the only journalist who had been allowed inside, and then looked at the wall-mounted CCTV camera. I suppose someone from security must have given him further instructions through the Bluetooth device plugged into his left ear, because when he turned back to me he simply said, “Aap jo theek samjho. (Do what you think is right.)”

It was a simple yet loaded answer. The million-dollar question for me was: should I go on air and say that Dawood Ibrahim himself was present at the
reception, or not? Since the morning, all of Indian media, including my channel, had been reporting his absence at the wedding. The venue was closely guarded, but those who had made their way through other nearby ports to Dubai had started beaming peripheral information quite early on.

Dawood had been placed on the US Treasury watch-list of global terrorists in 2003 for his links with al-Qaeda and it was indeed surprising to see him at the venue. The don had evidently hoodwinked intelligence agencies across the world and stepped out of the crosshairs of rivals’ guns to be present at the walima. My sources had informed me earlier that the nikah had been solemnised at Mecca on July 20. I had no doubt whatsoever that he had been present there as well.

Once the news of Dawood’s daughter’s wedding reception broke, everyone wanted to cover the event. There was a rush for visa applications, and many were disappointed.

I continued to be in two minds about whether I should stick my neck out and report his physical presence at the venue right then, or wait for him to meet me later. It was a matter of chance, and I wanted to take it. If I had managed to enter the don’s well-guarded venue and spotted him there, the possibility of a meeting and interview still existed. His lieutenant, Chhota Shakeel, had been promising to set up an interview for me with Dawood since 1994; every time I received his call, I would remind him of his promise. And every time, in his filmy style, Shakeel would say, “Ek baar aap ko commit kiya hai to phir aap hi ko first interview denge jab woh tay karenge. (Whenever he chooses to speak, the first interview will be with you.)” 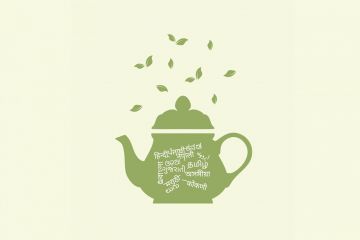 The one tongue for tea

It is a language that grew out of necessity but Sadri is an indispensable link between the linguistic groups that live and work in the tea gardens of the northeast. 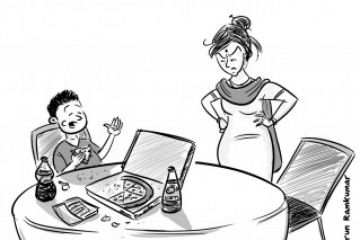 An arresting riff on the irony of justice

Chaitanya Tamhane’s Court will not break box office records but it is a poised, witty and thought-provoking reflection on justice as it a 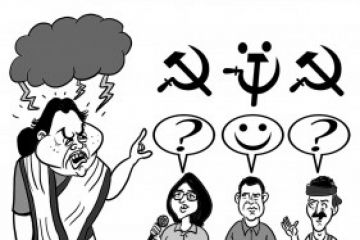 Mum’s not the word for her

Few people are willing to give Mamata Banerjee credit for anything since her famous victory over the Left Front last year, and fewer ready to consider a word in her defence. Perhaps it would help