The struggle of encephalitis patients and their families in eastern Uttar Pradesh.

Encephalitis is a curse for the eastern part of Uttar Pradesh. During the last decade, it proved fatal for hundreds of children in the districts of Gorakhpur, Kushinagar, Siddharthanagar and Maharajganj. The situation has become even more critical because of lack of medical aid required to cope, as well as negligence of hygiene in affected areas.

This year, from January to November 21, 569 patients died of encephalitis. In 2011, 627 died and 619 in 2013. In the period of 2005 to 2013, 4,775 encephalitis patients died. This is from the records of BRD Medical College at Gorakhpur, where patients from the neighbouring districts of Kushinagar, Siddharthanagar and Deoria are referred. Patients from adjoining districts of Bihar and Nepal come here too.

The National Institute of Virology in Pune established a laboratory in the medical college campus in 2007 to diagnose the virus at a cost of `15 crore. A 100-bed encephalitis ward was also constructed last year at a cost of `22 crore, in addition to the special ward already in the main hospital. Although the medical college gets no specific funds for the treatment of encephalitis, the state government sanctions amounts every year through Provincial Medical Services. The civil hospital in Gorakhpur received `8 crore this year.

My plan is to document the agony of families who lost their dear ones and the irony of those who could survive. Abhishek, 14, is an encephalitis victim and survivor who has not been able to utter a single world in the last 10 years. Ali Siddiqui lost two grandchildren; he cries while holding his only granddaughter.

These stories are deeply moving and a challenge to medical science. 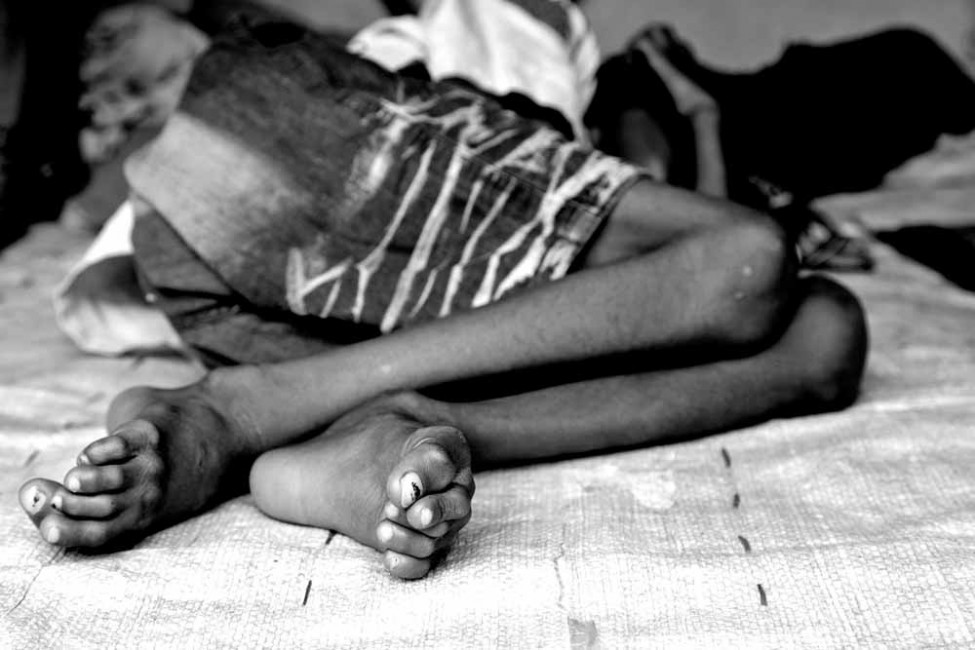 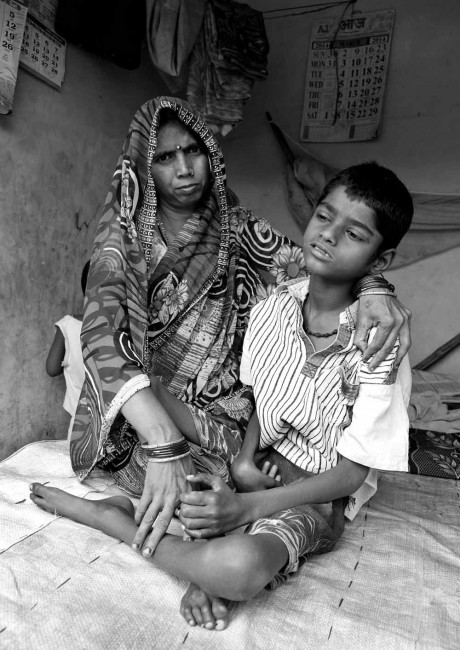 Abhishek with his mother.  Ten years ago, he had asked for water, and that was the last time his family members heard him speak. 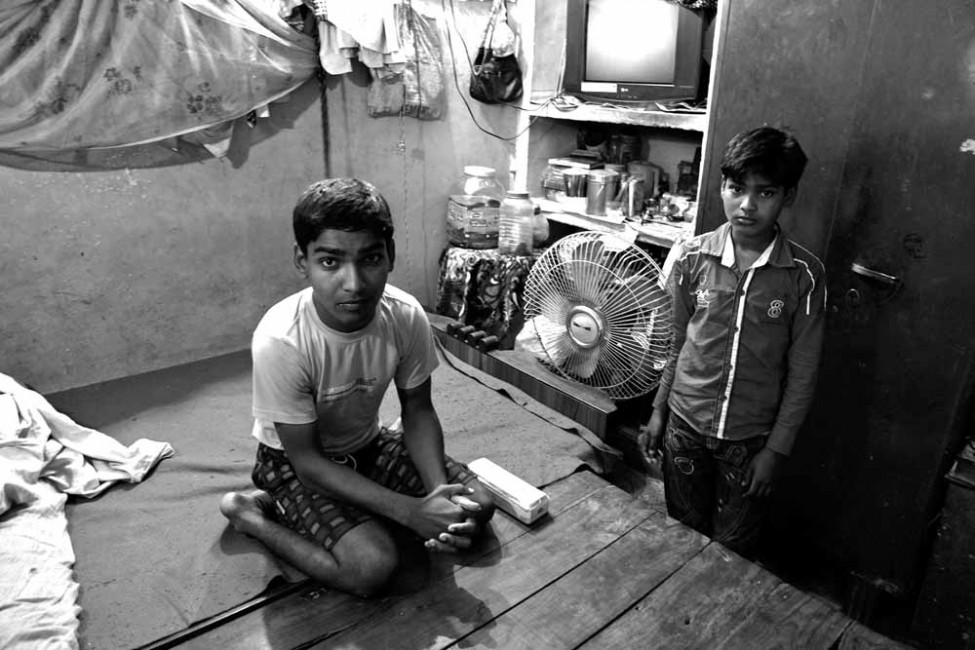 Eighteen-year-old Ashish Rao dreamed of being a cricketer before the disease struck. He is now disabled. 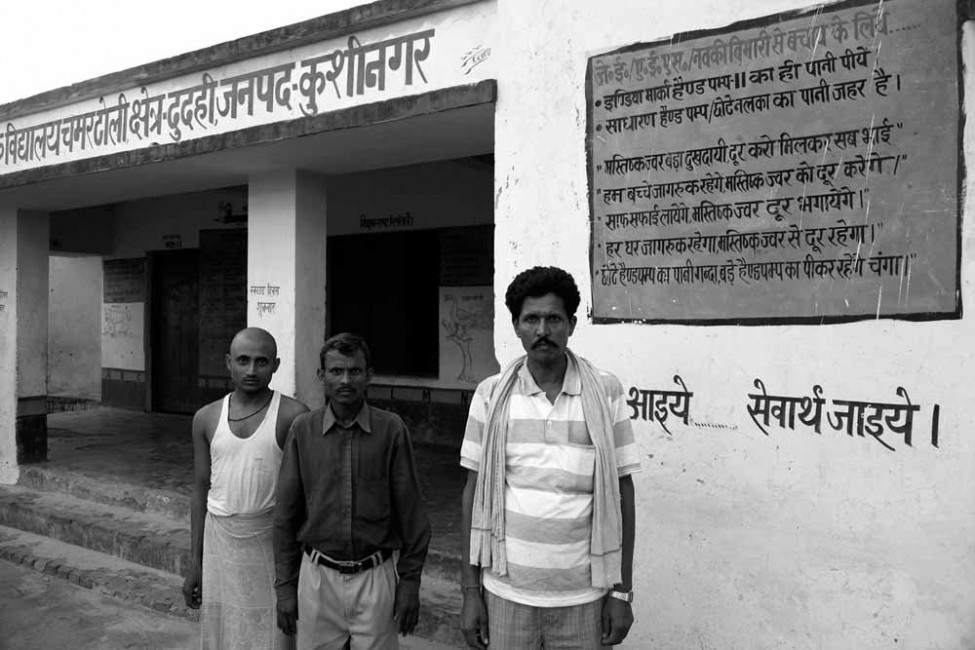 The instructions painted on the wall give no answers on how to tackle the disease. 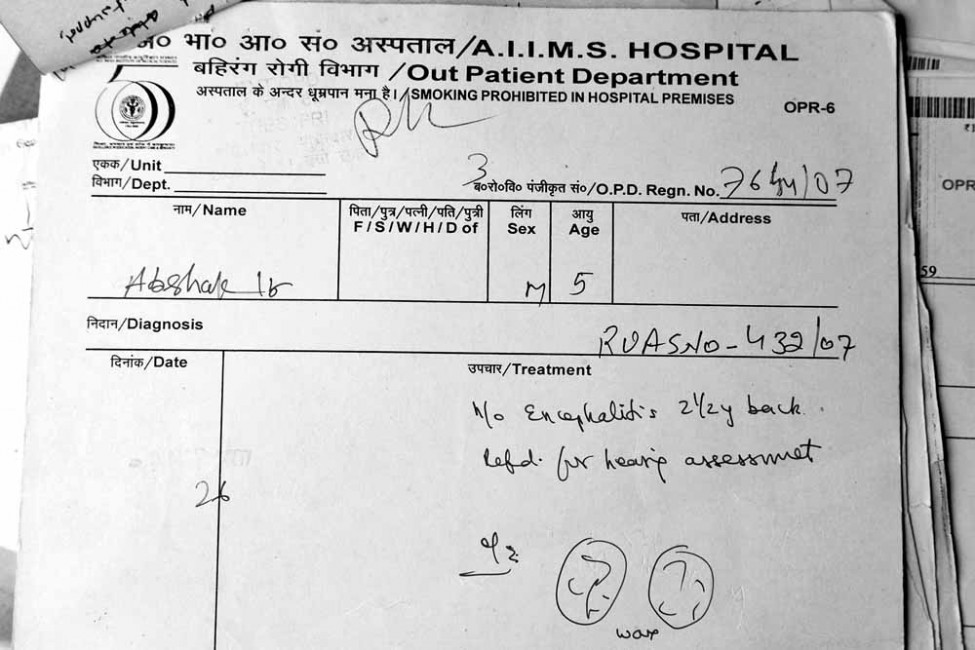 Abhishek’s medical file which states that he has encephalitis. 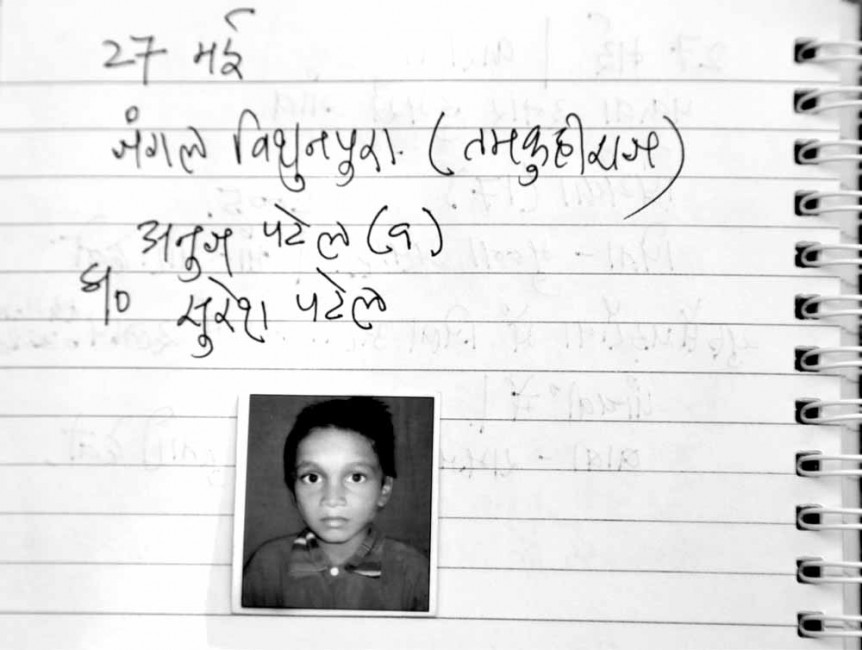 A photo of nine-year-old Anuj Patel who died of encephalitis. The sole compensation received by his family was an India Mark II handpump. 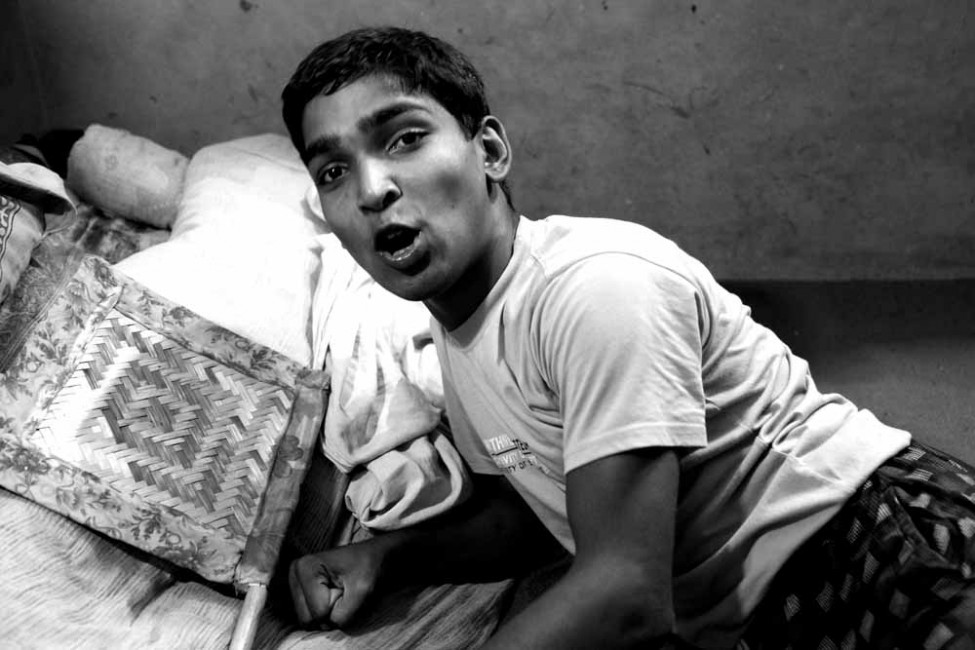 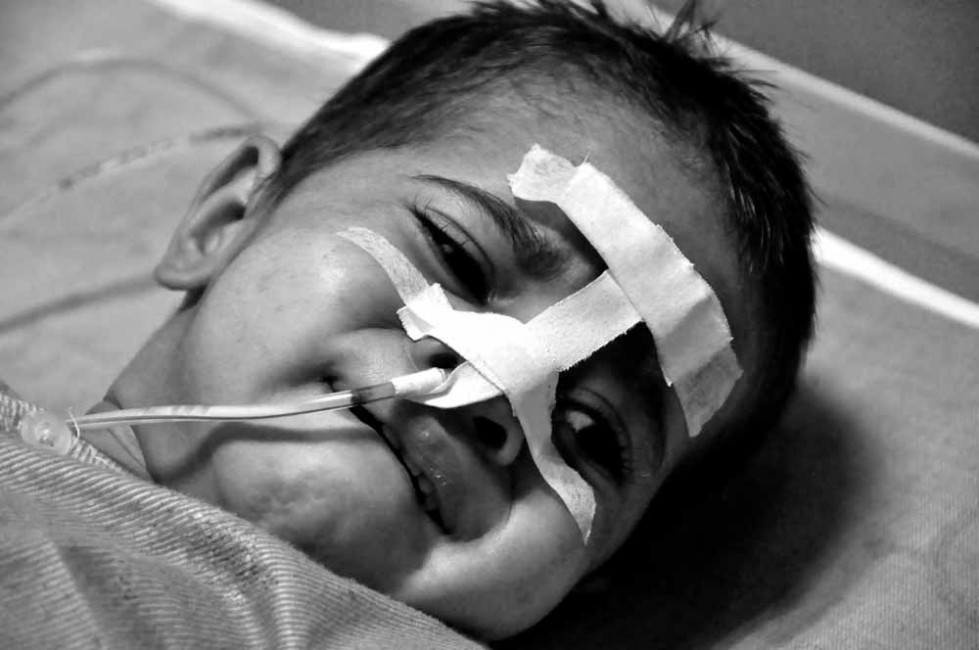 A child at the BRD Medical College hospital in Gorakhpur. 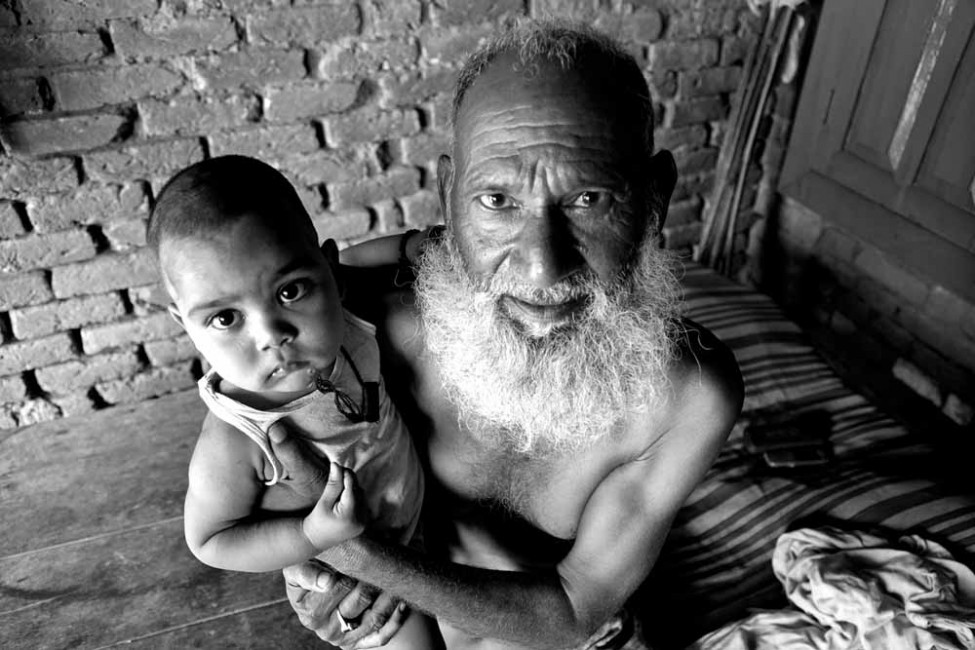 Ali Siddiqui in Padrauna, Uttar Pradesh, lost two of his grandchildren to encephalitis. Here he holds his only surviving grandchild. 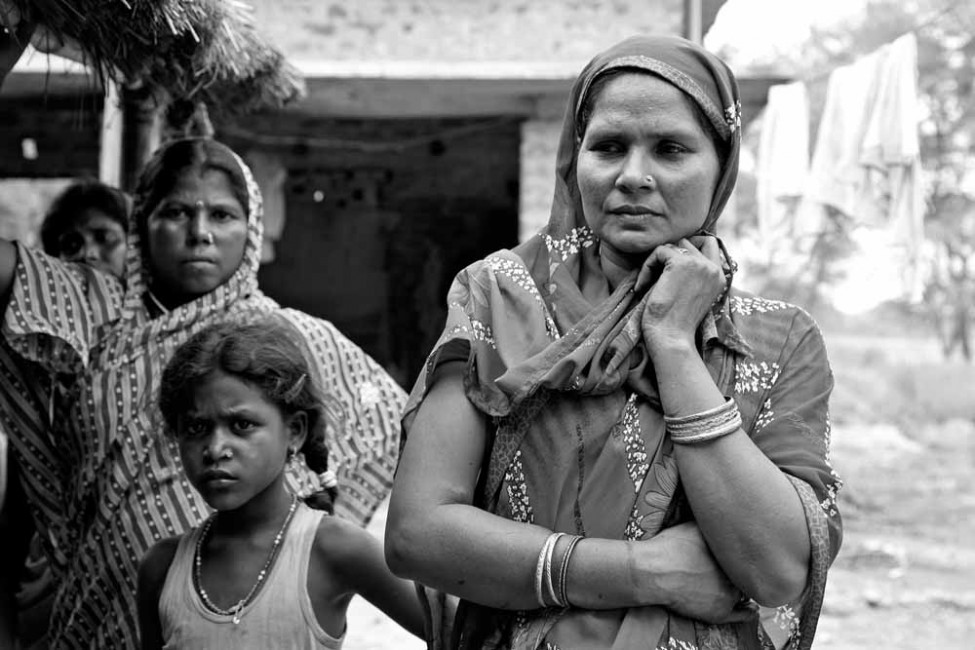 Prabhavati in Khotahi, Uttar Pradesh, lost her two daughters and one son to encephalitis. She was blamed and called a witch by her relatives. She  finally left her family home to settle outside the village with her husband and only surviving son. 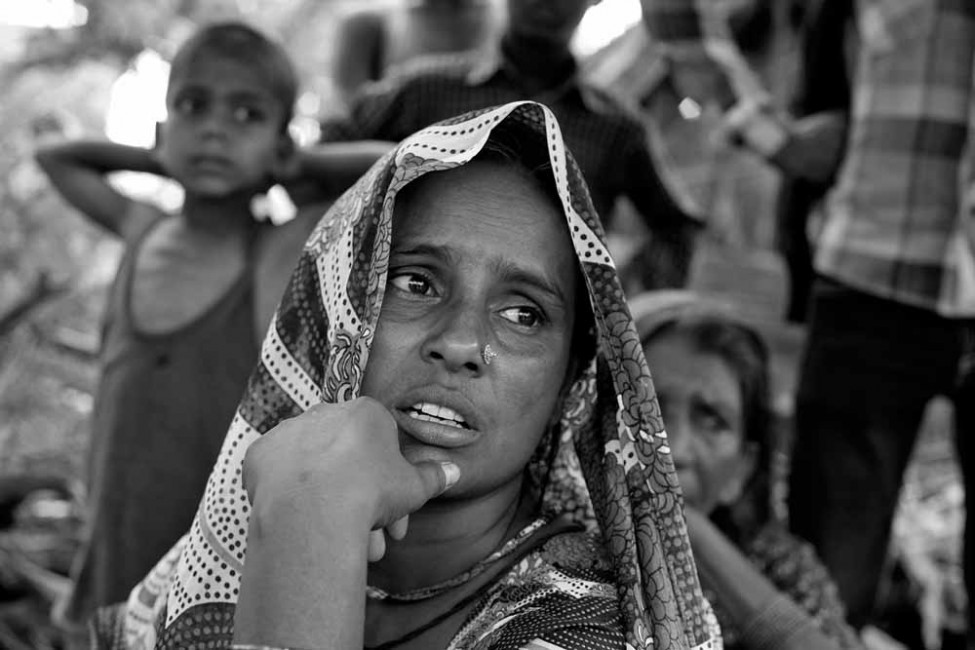 Jalimunnisha, who lives in Khotahi, lost her two sons to encephalitis. 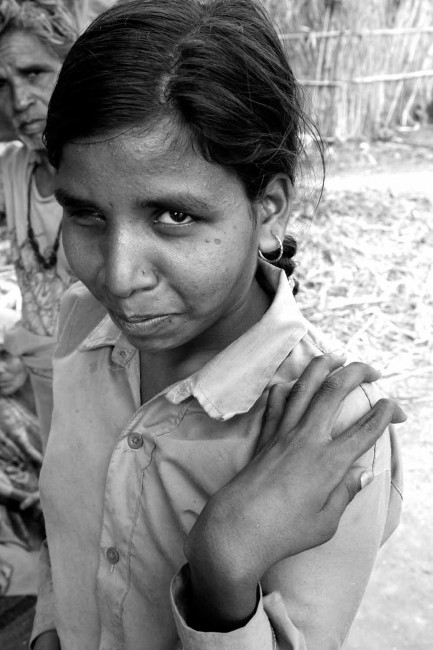 Priyanka in Kasya, Uttar Pradesh, lost an eye and one hand to the disease but survived. Her family now worries about her—not about her physical problems but her marriage. 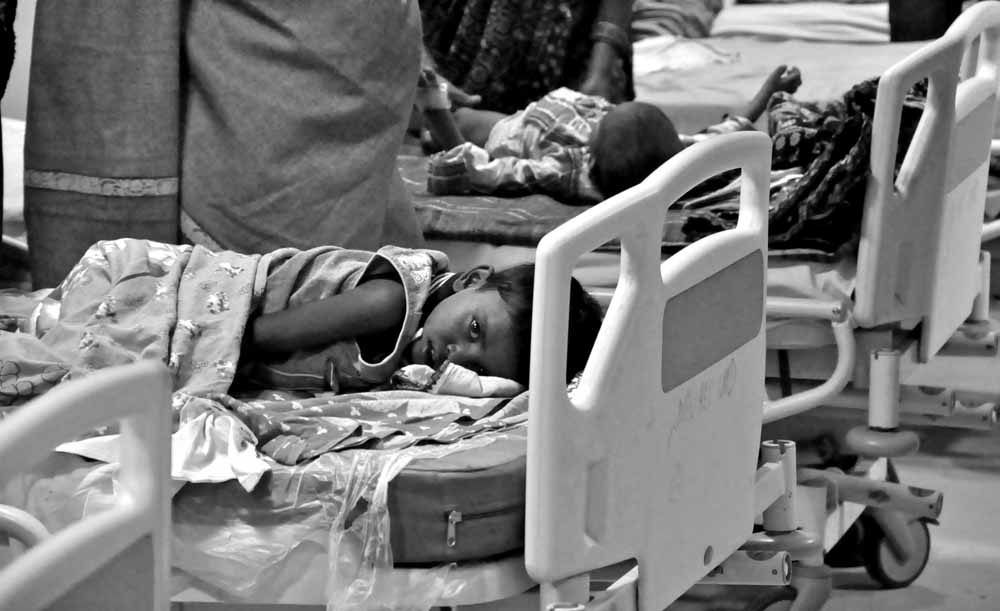 The encephalitis ward in the Gorakhpur hospital. 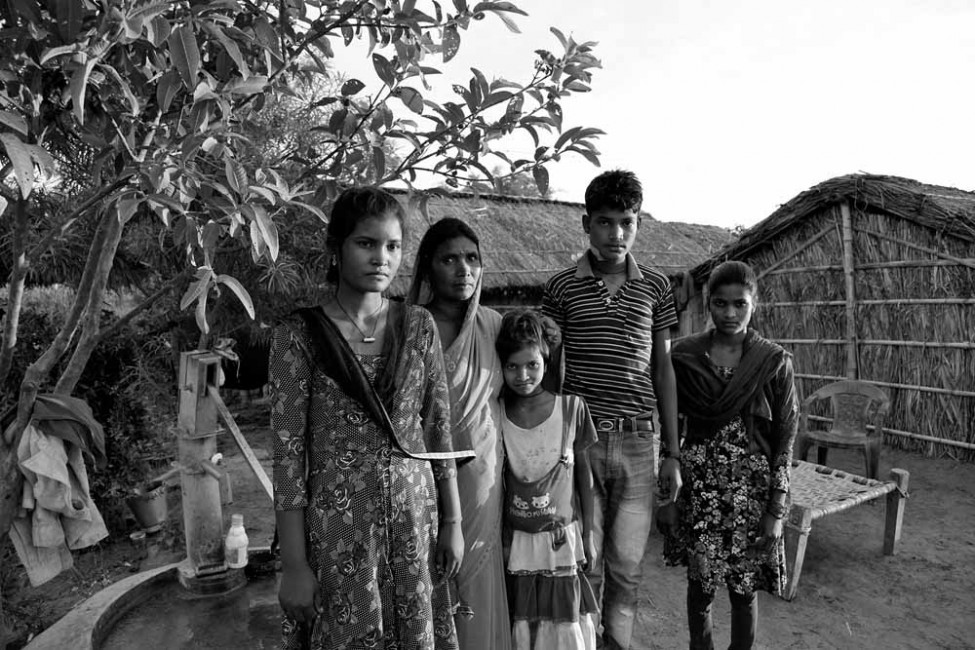 The family of Anuj Patel. Anuj died at the age of nine from encephalitis in the jungle village of Vishunpura. Officials gave the family a new handpump after the incident, but they are still waiting for the monetary compensation promised by the state government to all affected families. 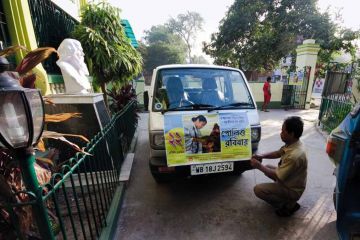 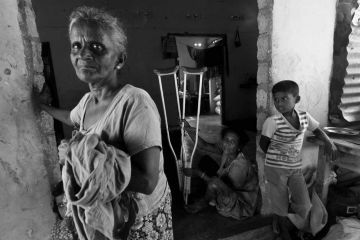 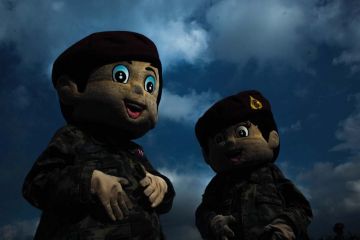