is a development journalist based in Kolkata. She has been reporting from red-light and prostitution-impacted areas across India and several other parts of the world for over 15 years. She has received the Chameli Devi Jain award, The Statesman Rural Reporting award, and The Brief Media award, among others.

is a documentary photographer based in Bengaluru. He is currently documenting th... 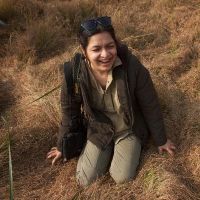 is a conservation journalist. She is a former member of the National Board for W...