born in 1988, is a software engineer by education and a strong believer in the visual medium. She wants to concentrate on stories of social relevance and aid public awareness. She is the recipient of Child Survival Media Award 2014-15 by National Foundation for India, and the Neel Dongre Grant for Excellence in Photography 2013 among others.

is a former revenue secretary to the government of India and a former executive ... 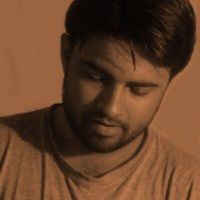 is a contributing writer at Fountain Ink.

is a photographer based in New Delhi.