is a computer engineer-turned-activist/politician. He helmed the social media efforts for the Anna Hazare led India Against Corruption campaign in 2012. He then spearheaded the digital presence of the Aam Aadmi Party from its inception until 2015.

is a freelance news and documentary photographer based out of New Delhi and Rish... 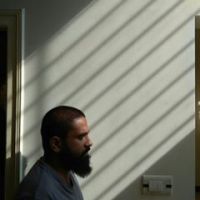 is a Malayalam writer who has published three...

is an independent photographer based in Delhi. He focuses on documenting tra...