is a development journalist based in Kolkata. She has been reporting from red-light and prostitution-impacted areas across India and several other parts of the world for over 15 years. She has received the Chameli Devi Jain award, The Statesman Rural Reporting award, and The Brief Media award, among others.

is a freelance journalist based in Delhi. 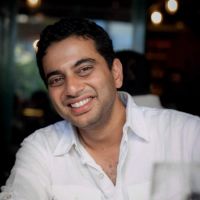 is a freelance journalist and photographer.

is a security expert. He teaches at the University of Delhi.