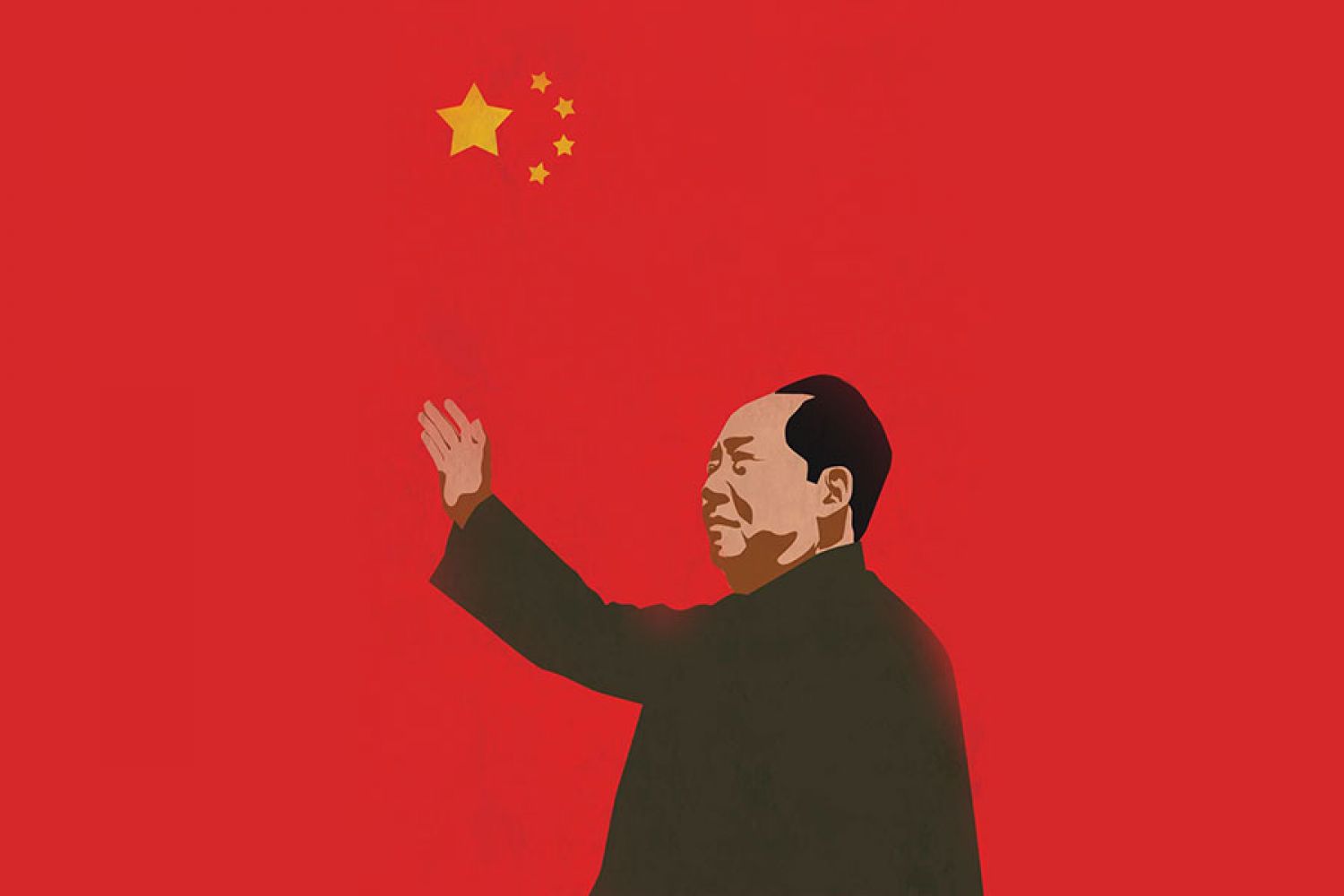 Chinese intellectuals Li Dazhao and Cao Dafu could not have had more different takes on Soviet Russia and it was these differences that led to the demise of one and the celebration of another. Unlike the Russian centenary, it is not easy today, with Mao’s heirs still in power, to commemorate the 60th anniversary of a 1957 campaign that led to the purge of many intellectuals, including Cao. So why is Li remembered and Cao forgotten? In “The Victory of Bolshevism”, an essay published in 1918 to mark the first anniversary of the October Revolution, Li wrote: “The red flag flies everywhere, the Soviets are established everywhere...Call it revolution entirely à la Russe…See the world of tomorrow: it assuredly will belong to the red flag!”

Li dreamed of a day when China would be blanketed with red flags, in the way that Russia already was. But by the 1950s, some people were insisting that following in Russia’s footsteps, as China had, was the stuff of nightmares not dreams. In 1957, Cao wrote: “The Party central wants to do good things, but this isn’t what happens. Socialist countries have a tower-like ruling system, with national issues decided by the Party and Party decisions made by one person…each a petty Stalin.”

Li’s Victory of Bolshevism appeared in Xin Qingnian (New Youth), an influential progressive periodical. It was a celebrated work. And today, because he co-founded the Chinese Communist Party in 1921, his name is widely known. It appears in the textbooks used in schools, as well as in newspapers, including official communist mouthpiece, People’s Daily. There was even a play about him staged in Beijing’s National Centre for the Performing Arts in 2012, called My Father Li Dazhao.

By contrast, Cao’s text was never read widely and it was discovered buried deep in a book from the university that he worked at. The quotation was found in the People’s University collection of rightist comments published by the school’s socialist education department in 1958. Cao was recorded as an editor at the People’s University Press. Those are the only details and nothing is mentioned of what became of him, an example of what can happen to people when they offer the wrong narrative on communist China. Cao is now largely forgotten, as the Communist Party has tried to eradicate the memories of those that were critical of the Soviet Union, and therefore by proxy critical of their own government.

And yet both Li and Cao operated at pivotal moments in China, moments that appeared full of promise when it came to free speech. For Li, many Chinese progressives circa 1917 were internationally minded, but also patriotic. They wanted to see China become a country where people were freer and the government better able to stand up to bullying by Western powers and a rising Japan. In New Youth and other similar publications, they championed different imported creeds, from anarchism and non-Marxist forms of socialism to liberalism, as offering solutions to the problems plaguing their homeland.

After the Bolsheviks took power, a small number of people made the case for a new ideology: Marxism-Leninism. None did so with more gusto than Li, both in the essay quoted above and in other works, such as The New Epoch, which was published at the start of 1919. There he referred to people living “in dark China and in deadly silent Beijing” being able to see in Russia “the first glimmerings of the dawn lighting up the road to a new life”.

The number of Chinese intellectuals embracing Bolshevism stayed low until the coming of the May 4th Movement, an enormously important series of 1919 protests, which began with a Beijing student march and culminated with a Shanghai general strike. It was triggered by anger at terms of the Treaty of Versailles that gave former German possessions in Shandong to Japan, rather than returning them to China. But when the authorities arrested students for taking to the streets, it also became a fight for freedom of expression and the right to protest as well. The fact that US President Woodrow Wilson supported Japanese claims over Chinese ones, after gaining supporters in China as a promoter of national “self-determination,” left many May 4th activists looking for a new place to pin their hopes. Lenin’s criticism of imperialism and the Soviet Union’s repudiation of the tsarist government’s past mistreatment of China, inspired some May 4th activists to form communist study societies, paving the way for the founding of the CCP.

When the People’s Republic of China was founded in 1949, the Soviet Union became its closest ally and Stalin the foreign figure with whom Mao identified most closely. In 1957, the CCP celebrated the 40th anniversary of the October Revolution by holding a lavish banquet in Beijing. Mao, who only left China twice in his lifetime, also went to Moscow to participate in the Soviet celebration. A photograph in The People’s Daily showed him standing beside Stalin’s successor, Nikita Khrushchev, applauding.

By then, though, trouble was brewing below the surface. Mao was deeply disturbed when word came of Khrushchev’s famous 1956 “secret speech” denouncing Stalin’s personality cult. This sparked a fear in Mao, which would grow greater over time, that someday a Chinese counterpart to de-Stalinisation aimed at him would occur. He worried as well about other 1956 developments in the Soviet bloc, especially the Hungarian Revolution. For Mao, the protests in Hungary were unjustifiable disturbances and the sending of Soviet troops a legitimate move to ensure order. He was concerned about a Hungarian-type uprising challenging his rule, but he seemed confident that doing certain things, such as launching the Hundred Flowers Campaign, could prevent this.

During the Hundred Flowers Campaign, Mao called on people to voice their opinions freely, so that the CCP could improve the way it governed. People were encouraged to voice criticism of Mao and the Communist Party and this they did. Activists posted comments and criticisms on spaces known as “democracy walls”. Cao wrote his critique of Communist Party structures in response to this command. Mao said that he wanted to “let a hundred flowers bloom and a hundred schools of thought contend” and many took him seriously.

Some view that campaign as a cynical trap, laid by Mao, to draw out and then punish secret critics of the CCP. Others see it as an effort to allow the discontented to let off steam without taking to the streets. What seems clear now is that Mao did not expect such harsh criticisms to be voiced, though he was certainly ready to move against those who attacked him. Cao’s forthright comments, especially the fact that he made it clear that he felt Mao himself was a “petty Stalin”, led to his being purged during 1957’s Anti-Rightist Campaign.

Many alongside Cao were punished for exercising their free speech in this burst of dissent. In 1957, the CCP, which traced its roots back to the protests of 1919, turned against those who spoke out much the way that the warlords had in the era of the May 4th Movement.

Mao’s heirs remain in power. They would prefer that the sufferings of people like Cao be forgotten, and his writings as well, lest members of new generations view his criticisms of the CCP’s “tower-like” system of rule too apt a description of how things continue to operate in the PRC.

Li died in 1927, long before his dream of painting China red became a reality. With an ambition for more freedoms, would Li have been content with what China became or would he have lamented it much like Cao did and had his name buried as a result?

These articles appeared in the summer issue of Index on Censorship magazine as part of the special report 100 Years On: What difference Russia’s revolution makes to freedom today. Index on Censorship publishes work by censored writers and artists, promotes debate and monitor threats to free speech. To subscribe click here.

is finishing her PhD at UC Irvine and is a contributor to 1943: China at the Crossroads. 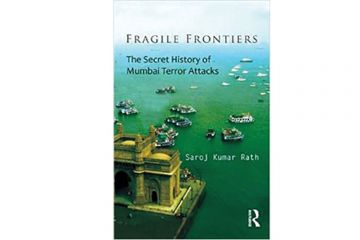 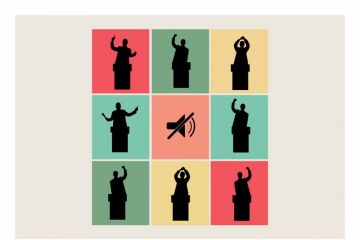 Of half truths and total lies

From politics to religion all people seek is a confirmation of their biases, and believe in the infallibility of their convictions. Facts ar 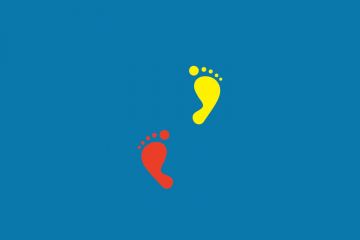