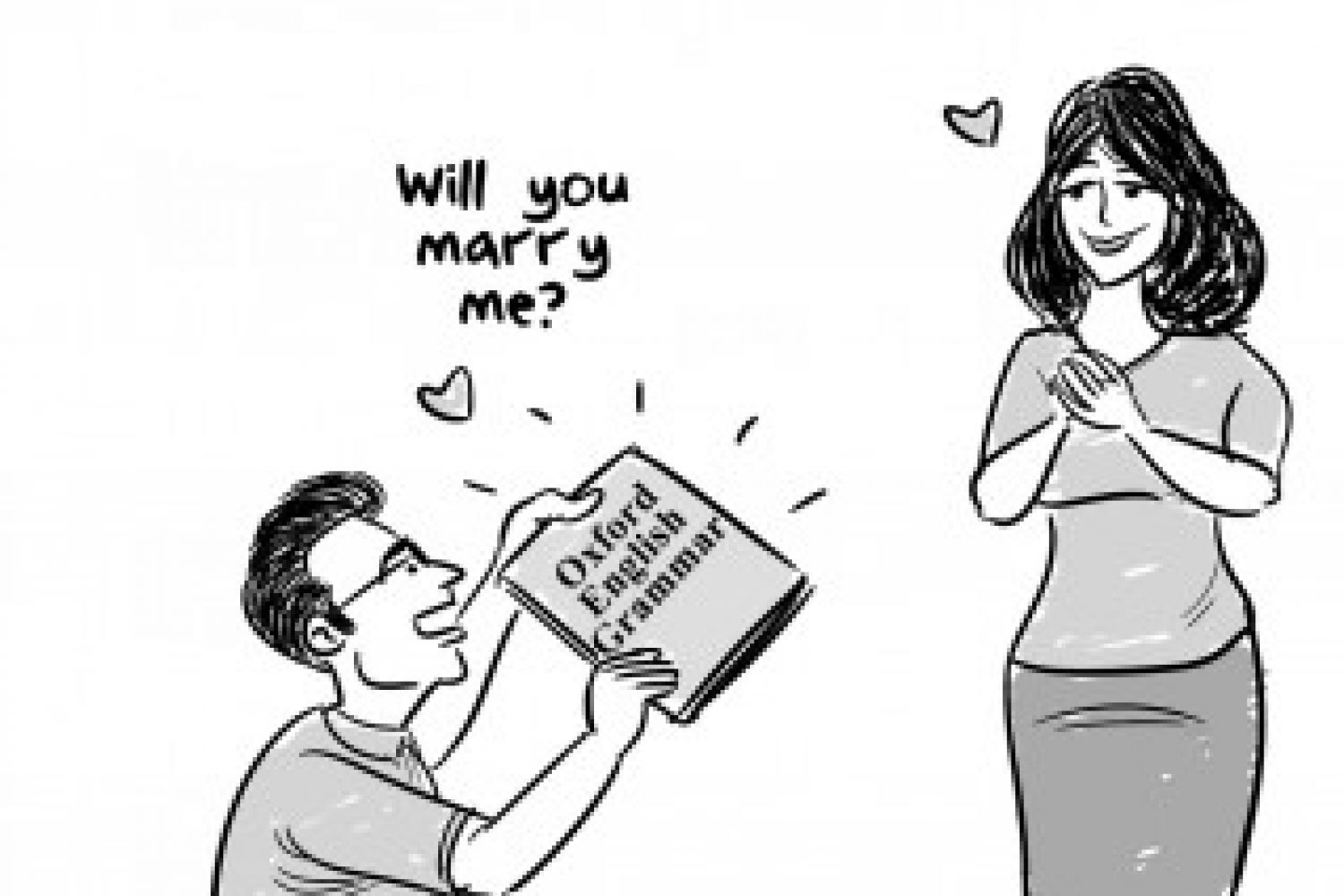 An old proverb says when poverty comes in at the door, love flies out the window. In Iran, Khomeini kicked open the door, decreed English the devil’s language, and out the window it would have to go, together with me, the devil’s disciple, as I promoted it despite the teachers in the province of Sistan and Baluchistan signing a petition asking that I be allowed to stay.

The civil war, rewritten as the “Revolution”, resulted in a mass exodus of expatriates (and Iranians) of all colours and nationalities. Being Indian, at least I wasn’t hated, and left without my visa being cancelled.

It was 1978, and I had been posted to Zahedan, capital of the province of Sistan and Baluchistan in the south, as an English Language Adviser. The city had a large settlement of Punjabis, most of them Iran-born and citizens. To cater to their needs, there was an Indian consulate. They were the reason the city got its name.

The British were building a railway line before Independence to connect India to the farthest reaches of Europe. The line was laid from Quetta up to Zahedan, capital of Iranian Baluchistan. There remained only a small gap before completion. The British had employed Punjabi workers but after Partition, these Punjabis found that their homes were in Pakistan, not India. Fearing for their lives, they decided to remain in Iranian Baluchistan, where they put down roots and prospered.

Just before all this, then Shah (Reza Shah) had been consolidating his kingdom and
established his suzerainty over Baluchistan. He led his troops into the town and asked for its name. They said it was “Dustaab” or “Waterhole of Thieves”, a place where the raiders of caravans shared their booty.

The Shah saw a disproportionate number of men with turbans and beards and mistook the Sikhs for Iranian holy men. He decreed that henceforth the city be called “Zahedan” or “City of the Holy”.

The Sikhs didn’t bother to disillusion him. They settled there, built a gurdwara, and carried on undisturbed by the Baluchis, who had always been pro-Indian anyway. The railway line ended at Zahedan and was never completed. Independence put an end to the
British dream.

I was staying with the director of education in Zahedan, a Mr Hosrusefat, who spoke several languages fluently including German and Turkish. His English was good, but he wanted to practice to improve, so he put me up in his four-bedroom house with a swimming pool. His wife and kid were at his home in Tehran where his son attended the German school, so there was plenty of space for us.

Hosrusefat was a great aficionado of one of the popular female Iranian singers of the time. He had speakers everywhere so that her voice would accompany him whichever room he was in. The Iranians would exclaim appreciatively, “Beh! Beh!” whenever she ended a song, the equivalent of the north Indian “Wah!” Unfortunately her voice drove me to distraction. It was a peculiar yodel followed by atonal utterances. Her appearance was on the other hand quite appealing, as she wore apparel revealing more of her body than strictly permitted under their religious observances, but those were liberal times. Once the “Revolution” succeeded she had to flee for being such a brazen hussy.

It was only by retreating to my room and cramming toilet paper around the frame of my door that I could succeed to a large extent in cutting out her dulcet tones.

On coming out of my room after my initial retreat, Hosrusefat looked at me compassionately and said, “Mr Padman, I know how difficult it is for you to hold back tears when you hear Googoo (name changed in case I get attacked) and you have to hide in your room to show your true feelings. It is all right. I understand. I too feel the same way and I am not ashamed to show my tears, so please sit in the living room and cry openly.”

osrusefat was a decent man, trying to do his job under trying circumstances. He decided to take me to all the major towns in the province which was larger than many European countries. We would either be driven in his official air-conditioned SUV or fly in a tiny four-seater plane used to ferry post from one city to the other.

Once we drove from Zahedan to Chabahar, a city on the Gulf coast in the south. On our way we passed through semi-desert rocky surroundings. It looked like pictures of the lunar surface: sharp black pointed rocks, but strangely with seashells embedded in them.
Apparently all this lay under the sea millennia ago. In fact there was a huge area in the north of Zahedan called Dust-e-Lut or “Desert of Lot”, a massive salt flat hundreds of miles across. Ruins of an ancient city had been uncovered there which the locals called “The Burnt City”.

As we proceeded along the undulating road, I caught a glimpse of a tiny white peak over the horizon. As we approached, it grew bigger and bigger until I perceived a massive mountain range running parallel on our left, culminating in a peak covered with snow and a cloud hovering above it. This was the dormant Taftan volcano and the melting snows on its slopes fed mountain streams and vegetation. Wild animals thrived in its green cover.

We reached Chabahar where I had been entrusted with a job: to deliver letters from fellow Indian doctors of Zahedan who were running that hospital, to their friend Dr Reddy. Prior to his arrival, no Iranian doctors were willing to serve there and no Baluchis had been trained. So it was hardly surprising to find Dr Reddy so well known at the hospital.

Everyone knew his name. He was unmissable; everywhere he went there was a crocodile of nurses following, taking in his every word. He had mastered the language (as had all the other Indian doctors who had undergone a language training course) and virtually passed off as one of the locals.

The chief of SAVAK offered to drop us back in his helicopter, a huge American army one. Its interiors had been modified to become a luxury cabin and there were four stuffed armchairs set around a table.

Having delivered my missives, I went to visit a couple of schools. The first we went to, the Iranian lady teacher, on spying us arriving, fled in tears from her classroom, intimidated at the thought of strange faces observing her working. It took some persuasion to get her to venture out from the room in which she had locked herself. I had to explain that my job was to find out what difficulties she faced and, if possible, to make her job easier. I had brought recordings of different lessons so she and the children could listen to learn the accent for spoken English. This encouraged her, and she was soon happily playing the cassettes and thanking us, her confidence restored.

Just as I was dreading the thought of enduring the return journey over hundreds of miles, Hosrusefat brought happy news. He had just been to meet the general who was the chief of SAVAK, the Shah’s secret police based in Zahedan, and he had offered to drop us back in his helicopter, a huge American army one. Its interiors had been modified to become a luxury cabin and there were four stuffed armchairs set around a table and others against the walls. Hosrusefat introduced me to him and he offered the limpest handshake I had ever experienced, fingers like a cold bunch of leeches. He was in what looked like a bandmaster’s uniform, gold braided with epaulettes and tassels.

We met the two pilots—slim and well-spoken Iranians with American accents—who  told us our path would take us by the Taftan volcano. This was exciting and I could hardly pay attention to the general who, once we were seated in the cabin, questioned me in English whether I had been to Washington.

He had been trained there, he said, and added, “You meet Mr Hoover? Very nice man. I know him.” He accompanied this with a chilling smile that made my blood run cold. The general was later to flee from his country to Pakistan across the border but was caught and executed. His police station was filled with implements that he had been trained to use to torture and extract confessions from his victims.

The director—on hearing my enthusiastic description of Taftan—asked the general if he could fly a bit closer to the volcano. He asked the pilots and one of them said, “I’ll try to get as close as possible sir, but there are gases which are pouring out of its crater and we do not want to be downwind of them; it can be dangerous.”

We could see the mountains ahead and were soon flying by the edge of the crater. It was a terrifying sight and I felt the size of a fly hovering over a gigantic mouth blowing smoke rings.

The experience has stayed with me and I often visualise it whenever I feel upset to regain my perspective; to realise how trivial we are.

has been an independent photographer since 2005.His style is intuitive, personal, and sometimes eclectic. His work has been featured in both commercial and non-commercial collections, exhibitions and publications worldwide. 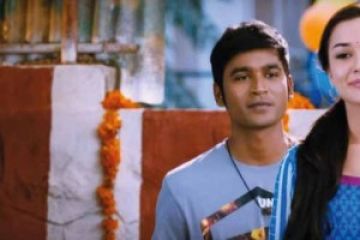 The stalker is the hero

The world of Tamil cinema has the man at the centre, like movies everywhere. But this man is increasingly an unnerving combination of stalker and misogynist. 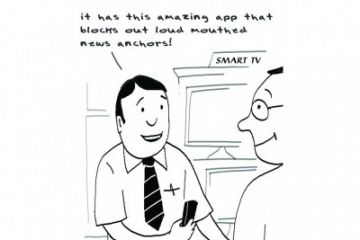 A slew of missed opportunities

The recently announced economic measures have been widely greeted as a slumbering government’s first signs of waking up. They are far from that. The ‘reforms’ are missed chances. 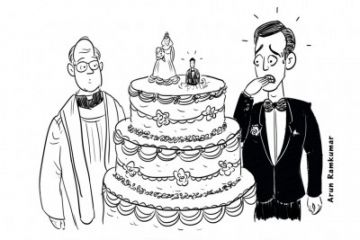 New life for an ancient myth