Japan writes out its war crimes from history

The World War II ‘comfort women’ mainly from Korea have neither got the genuine apology they deserve nor is Japan ready to renegotiate a treaty for their care. 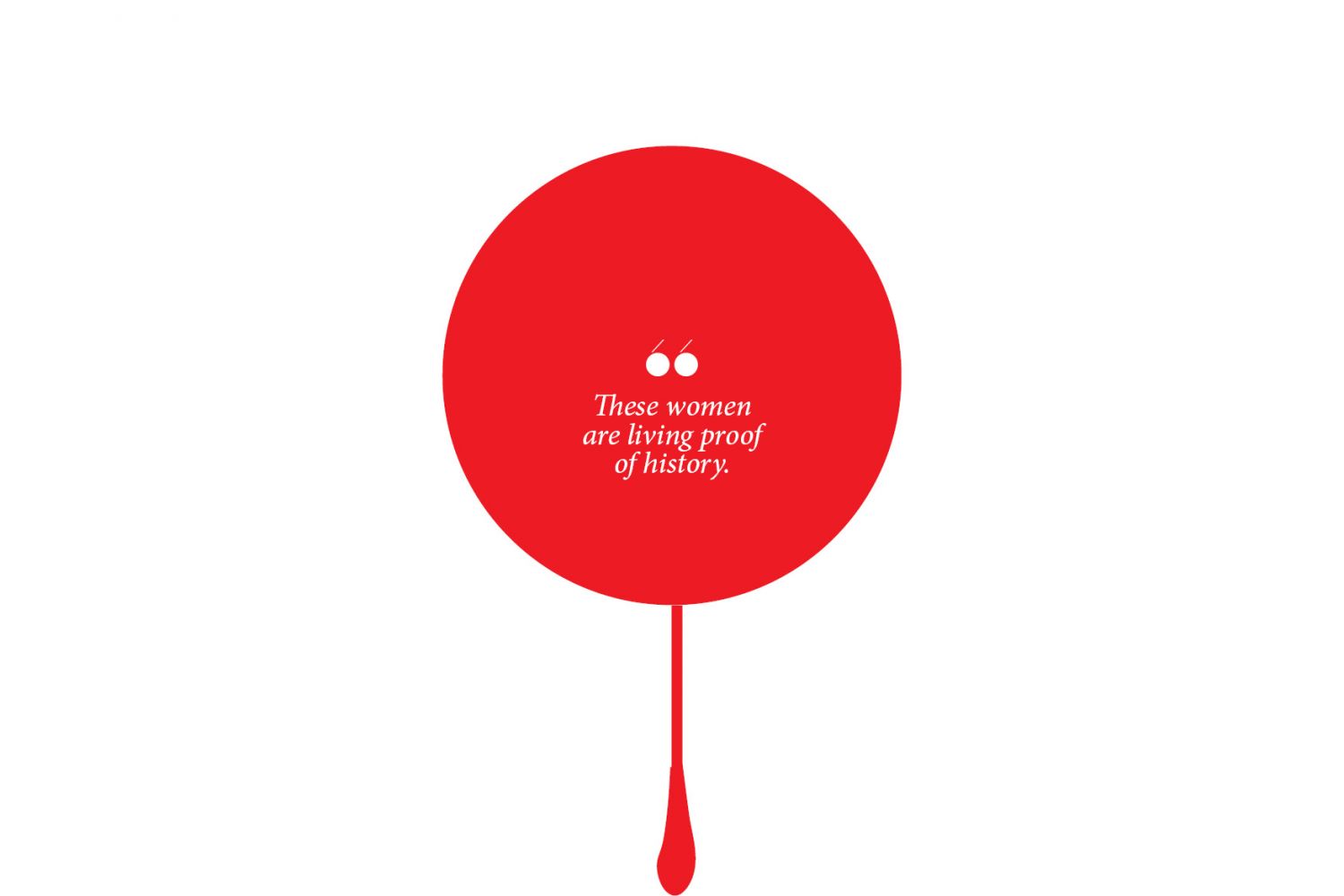 One morning in January 1992, long before the #MeToo movement was even an idea, a group of South Korean women gathered outside the Japanese embassy in Seoul, shouting things such as “apologise” and “shame on you”. It had taken them more than 40 years to break their silence and stand up against the sexual slavery they had endured as Japan’s so-called comfort women before and during World War II. Twenty-six years later, a handful of the surviving victims, along with their supporters, still gather every week at the same spot for the “Wednesday protest”. And they are still waiting for a sincere official apology and acknowledgement of any legal wrongdoing.

“In a way, these women could be thought of as the original pioneers of the movement against sexual abuse and harassment that’s spreading throughout the world right now,” said Ho-Cheol Jeong, team leader of the International Outreach Team at the House of Sharing, which is located in Gwangju, a city on the outskirts of Seoul, and serves as a shelter for surviving victims.

“Kim Hak-Sun was the first to give testimony during a press conference in 1991. She was the one who brought the issue to light.”

Inspired by her example, many more women—not only from South Korea but also from the Philippines, China, Taiwan, Malaysia, Burma, East Timor, Indonesia, the Netherlands and Japan—have come forward, giving detailed accounts of the horrific conditions and brutality they suffered between 1932 and 1945. The total number of victims is unclear, but estimates range between 80,000 and 200,000. Many of the women, often in their teens, were kidnapped or recruited with false promises of employment. They were taken to “comfort stations” set up around Asia by the Japanese military and forced to work as prostitutes, servicing many men every day.

In her testimony, Kim Hak-Sun stated: “Around 300 soldiers could take a break from duty once every three days. Each woman had to serve an average of three to four soldiers on regular days, and seven to eight soldiers after battles.” The women endured not only painful sexually transmitted diseases but also forced abortions. Many died. And once the war ended, they were simply abandoned to their own devices—often not even in their home countries—and lived under a weight of shame and stigmatisation.

As of 2016, 239 women had registered with the South Korean government as victims of Japanese military sexual slavery. Nine of them, now aged between 88 and 102, live at the House of Sharing. The “grandmothers”, as Ho-Cheol Jeong calls them, are starting to lose their memories and some suffer from dementia, so they are no longer able to give interviews and tell their stories. Speaking on their behalf, Ho-Cheol explains that they are still fighting to regain their dignity.

“Their first request is for the Japanese government to recognise that this was a war crime and for it not to be repeated. They continue to ask for a formal apology to teach the next generation about what happened. These women are living proof of history, but the Japanese government is just waiting for the old victims to pass away because they think the issue will then disappear.”

So where does the Japanese government stand on the issue? On the surface, it could be argued that they have apologised numerous times and offered compensation. But in the eyes of the victims and their advocates, their apology is half-hearted, calibrated to avoid legal responsibility and constantly undermined by conservatives’ denials and denunciations. Also, the government has backtracked and broken promises, going so far as to delete references to comfort women from school textbooks.

“The government did admit to coercively recruiting comfort women in the 1993 Kono Statement and promised to atone for this and to educate the Japanese about this sordid system of sexual slavery,” said Jeff Kingston, director of Asian studies at Temple University, Japan. “But this latter pledge has been broken. Twenty years ago, all of Japan’s mainstream secondary school textbooks covered the comfort women, and now none of them do, at Prime Minister Shinzo Abe’s behest.”

Kingston said t.hat, under Abe, a more nationalist narrative of imperial Japan has become mainstream. “All nations beautify their history, but few have backtracked so far, so fast, from a forthright reckoning as Japan since the mid-1990s,” he said.

“This nationalist backlash, under the banner of revisionism, has been led by Abe, the backslider-in-chief, who is committed to rehabilitating Japan’s colonial and wartime history to posthumously honour his grandfather, former PM Kishi Nobusuke—a class-A war crimes suspect for his role in recruiting slave labour in Manchuria, and signing the order to attack Pearl Harbor. Revisionists deny, downplay and shift responsibility for misdeeds and atrocities, while also arguing ‘everyone else did the same things, so why pick on us?’”

One result of this is South Korea recently coming forward to challenge the 2015 agreement it reached with Japan, in which Japan offered one billion yen ($9 million) to support comfort women. In late 2017, the minister of foreign affairs of South Korea, Kang Kyung-wha, called for a reconsideration of the agreement, saying that it failed to meet the needs of victims.

But Japan’s minster of foreign affairs, Taro Kono, hit back, releasing a statement this January: “The Japan-South Korea agreement is an agreement between the two governments, and one that has been highly appreciated by international society. If the South Korean government...tried to revise the agreement that is already being implemented, that would make Japan’s ties with South Korea unmanageable and it would be unacceptable.”

Kingston, however, points out the agreement’s major flaws: “The 2015 agreement is a diplomatic deceit that never had any legitimacy because it sidelined the comfort women from the process and negotiations were conducted secretly, as if this was a sensitive arms deal rather than an effort to address a profound violation of human rights. It doesn’t meet global standards for addressing violence against women in war and lacks a victim-centred approach. It is an exceptionally one-sided agreement—one that, for Japan, is too good to be true.”

Yuki Tanaka, a historian and the author of Japan’s Comfort Women, agreed, saying: “Abe effectively tried to buy the complete silence of South Korea on the comfort women issue. He basically said, ‘We’ll give you one billion yen so you’ll shut up’.”

When asked why he thinks Japan has been so reluctant to admit responsibility on the issue of comfort women, Tanaka has an insightful viewpoint. He goes into some detail explaining how, when Japan surrendered to the USA at the end of World War II, they made a deal. “It’s what I call the US-Japan conspiracy,” he said.

According to Tanaka, it was agreed that the USA would keep former Emperor Hirohito’s reputation intact, masking his war crimes by saying he had been taken advantage of by “a small group of war mongrels”. In return, Japan would downplay the USA’s crime against humanity committed when they dropped the atomic bombs on Hiroshima and Nagasaki.

“So the majority of Japanese people not only failed to form a clear idea about their nation’s war responsibility, but also came to see themselves as victims of war rather than perpetrators. This mentality is what I call the sense of victimhood without identifying victimisers… As a result, the morality of the Japanese people is completely wrong. They don’t pursue justice.”

Tanaka takes his theory one step further and cites Japan’s patriarchal societal system as a contributing factor. “Underneath the comfort women issue, the ‘misogynistic masculinity’ of Japanese men, and the way they treat women, is the problem,” he said. “The number of female parliamentarians in the lower house of the Diet is only 39 out of 480. Such statistics make it almost unsurprising that ‘comfort-women bashing’ is rife in the Diet.”

On top of this, while women around the world are becoming increasingly vocal about the sexual harassment and abuse they’ve suffered at the hands of men, Japanese women are still largely silent on the matter.

This article originally appeared in Index on Censorship’s spring 2018 magazine, which looks at the abuse of history, and historians, around the world.

is based in Tokyo, Japan, and is the editor-in-chief of
Tokyo Weekender magazine 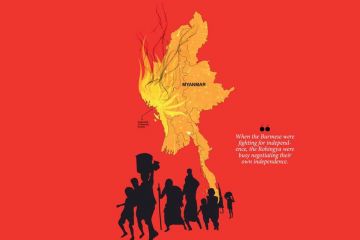 The Rohingya are a people under attack in their place of birth. India wants to deport them, a marked departure in its response towards asylum seekers. 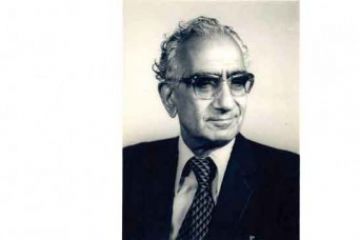 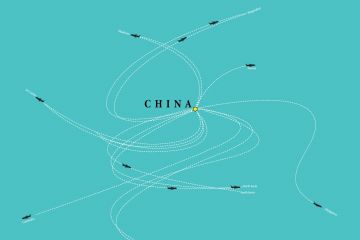