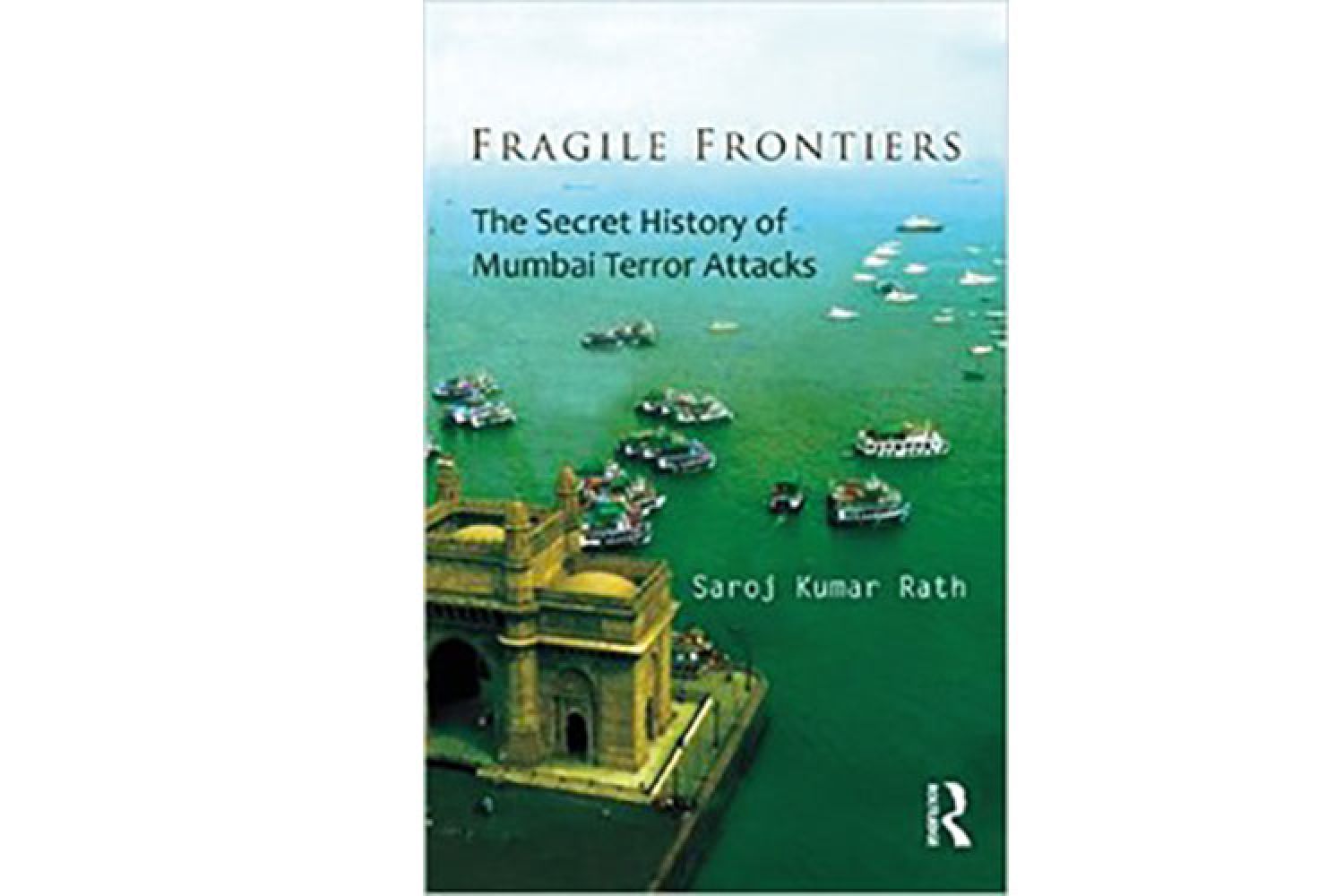 Our inquiry into the secret history of Mumbai attacks makes it essential to understand the loathsome “Karachi Project”. The now famous project has a fairly long history. The earliest traces of “Karachi Project” was found in the year 2003. Terrorism, which has been wreaking havoc in many third world countries, especially in the Asian continent since long, had little or no impact in the Western world in the pre-9/11 era. The US policy on terrorism has always been dubious. Gen. David Petraeus admitted that, there were no questions about the long-standing links of the US, with the ISI and militant organisations.  He informed a Congress Committee that: “Let’s remember that we funded the ISI to build these organisations, when they were the Mujahideen and helping to expel the Soviets from Afghanistan”.

The realisation about the menace of terrorism reached the US only after 11 September 2001. Immediately after the 11 September attacks, President Bush’s administration asked Pakistan to close all its terror camps and told the ISI to end support to terror activities. Gen. Musharraf was forced to shut down ISI’s “Forward Section 23” in PoK, resulting in the closure of all training camps and ISI operations offices in that region.  The “Forward Section 23” was the ISI’s main unit in PoK and notorious for its deep involvement with terrorist groups. This section is part of the ISI’s operation against India. It is a combination of safe houses and camps that had provided cover and refuge to top militants and it has funds to run training camps, including recruitment, transportation and accommodation costs.

In 2003, the slain Pakistani journalist Syed Salem Shahzad reported about a clandestine special investigation cell jointly headed by a member of Pakistan’s Federal Investigation Agency and a member of the FBI. The secret report revealed that many jihadi groups were actually paramilitary organisations where the unit commander reported to an army officer. Pakistani military officers were invested in the insurgency in Jammu and Kashmir, including the management of funds for training and recruitment. The US had all the information but refused to act on that information. However, the game changer was the 11 September attacks. The closure of the “Forward Section 23” has resulted in the departure of all ISI officials involved with the section. Under the new circumstance, all ISI officials and militant leaders left PoK for Karachi and the megacity became the new hub for anti-India jihad.

ISI’s Karachi front office replaced its PoK office to manage terrorist organisations. It was during this time, more precisely late 2003, that the agency started a plan under the pet name of “Karachi Project”.

The project had the tacit approval of the military ruler of that time, Gen. Musharraf. However, after the departure of Gen. Musharraf, the project continued without the knowledge, approval or involvement of the civilian government. The “Karachi Project” is a burning and unvarnished example of how the ISI is a “state within a state” in Pakistan. It is also about how the agency is exporting terror not only to India but to other corners of the world. In official and intelligence circles of India, there is a difference of opinion on the definition of “Karachi Project”. The intelligence agencies of the country agree with the above description but the home ministry believes that the “Karachi Project” actually involves the recruitment of Indian youth by the LeT with the help of local terror kingpins by giving them training in Pakistan and sending them back for terror attacks against India.

It is elemental to remove the confusion in the understanding of “Karachi Project”. Curiously the name “Karachi Project” was first reported in India in February 2010, after the interrogation of Headley by the FBI in December 2009. It is a high-profile ambitious project of the ISI.

In Pakistan the rise of the “Karachi Project” is seen coinciding with the former President Pervez Musharraf’s losing battle against extremism. Headley has indicated to the NIA that the “Karachi setup” was responsible for the attack on Prime Minister Manmohan Singh’s Srinagar rally on 17 November 2004 and the 11 July 2006 serial train blasts in Mumbai. Headley identified the militant, trained by Major Abdur Rehman Hashim, who had attacked Prime Minister Manmohan Singh’s rally at the Sher-e-Kashmir stadium in Srinagar.

Headley said that the “Karachi setup” was the brainchild of Major Hashim, who has close links with Ilyas Kashmiri of al-Qaeda. He devised the plan when he was in the ISI under the guise of a Pakistani army major. A 40-year-old army major from the Sixth Baloach Regiment, he took premature retirement in 2003 to join the LeT with the combined role of a militant instructor and LeT ideologue.

When Major Hashim left the ISI, another officer Colonel Shah became the head of “Karachi Project” and also the link with Major Hashim. It was during this time that the ISI’s “Forward Section 23” was vacated from PoK and shifted to Karachi. So the ISI’s “Karachi Project” remained intact even after the departure of Major Hashim from the ISI, and the ISI tried hard to bring as many militant groups as possible to destabilise India under the “Karachi Project”. After leaving the ISI, Major Hashim joined LeT but later developed differences with the LeT leadership and joined the HuJI of Ilyas Kashmiri, who was also a former Pakistan  army para-commando.  Major Hashim was directly in touch with the al-Qaeda top brass, including Ilyas Kashmiri who was No. 2 in the al-Qaeda hierarchy for sometime after the death of Osama bin Laden.

One month after the raid on Osama on 3 June 2011, it was reported that Ilyas Kashmiri was killed in a Drone strike in the hit that levelled a compound in Gowakha village of the Wana area in South Waziristan. Although Kashmiri’s death report in the past was found incorrect, Anand  Gopal, the leading journalist of Kabul had confirmed his death. The US state department removed his name from the list of wanted people. Major Hashim had also met Osama bin Laden a number of times. He started a new setup to continue his militant activity, which was given the name Jund-ul-Fida (Army of Fidayeen) by Osama bin Laden himself. To continue his fight against the NATO forces, Major Hashim along with Captain Khurram went to Afghan province of Helmond and fought against the British troops. Khurram died in the battle in Helmond in 2007 while Major Hashim came back to Pakistan to continue his operation.

Headley’s testimony, which said that the aim of the “Karachi setup” was to “launch operations into India using militants of local origin”, reflects the understanding of the Home Ministry. When Major Hashim left the ISI and joined the LeT, he brought his understanding about the “Karachi Project” to the LeT. So apart from the ISI’s ‘Karachi Project’, Major Hashim started a new “Karachi Project” in LeT.  The two projects are different and run by different agencies but the new project started by the LeT has the “complete backing of the ISI”. The LeT’s “Karachi Project” is slightly different from that of the ISI. LeT’s project is controlled by Sajid Majid and looked after by Abu Yaqoob, the head of LeT’s naval wing, at the operational level. LeT’s “Karachi setup” aims to recruit boys from Maharashtra and Gujarat and train them before sending into various Indian cities.

How was the ISI’s project different from that of the LeT’s? ISI’s India-centric plan was no secret and it has already been discussed how the agency has been persuading its campaign against India. After the 11 September attacks and the US pressure on the ISI, the agency shifted its operational base and command structure from PoK to Karachi in 2003. The pet name “Karachi Project” came from this shifting of the ISI base. Under this plan, the ISI used to look into the whole of India and devise plans for different parts of the country to encourage subversive activities. ISI’s plan was not limited to one incident or one part of India. Neither the agency was relying on only one militant organisation to implement its “Karachi Project”. The ISI’s plan was a grand project which encompasses and represents the ISI and Pakistan army’s strategic vision against India. Islamabad’s conviction that militant groups are an important part of its strategic arsenal to counter India’s military and economic advantages describe vaguely the LeT’s “Karachi Project”.

Pakistan’s actions were motivated by a desire to counter India and for this purpose its army and ISI were involved in a range of anti-India activities, including sheltering Indian fugitives like Dawood Ibrahim and Tiger Memon under the “Karachi Project”. Major Hashim brought with him the “Karachi Project” formula to the LeT in or around 2005–06. LeT quickly adopted it and that was how LeT’s ‘Karachi Project’ was born. As per this plan, LeT used to train both Indian and Pakistani militants and send them to India to operate sleeper cell and orchestrate bombings. Accordingly, LeT used to train Indian nationals in Pakistan before sending them back to India for terror attacks.

Headley admitted that he had been undergoing LeT training along with a Maharashtrian person. “The link between the LeT and Indian Mujahideen (IM), as part of the project, has been established. The LeT pushed David Headley into India to recce potential targets. IM operatives went to Pakistan and viewed videos shot by him, so that they could be sent to India to carry out attacks”.

Meanwhile, the Indian intelligence agencies were groping in the dark when the “Karachi Project” was directly responsible for the deaths of over 500 Indians in at least 10 bomb blasts between the years 2005–10. The ISI supported the LeT to wage a proxy war against India and it was alleged that India did the same with a fifth of the columnists in Pakistan. However, when ISI saboteurs came to India they were always arrested. Some because of their long beards, some because of the Salafi rituals they practised, and some because of the language they conversed in. Pakistani intelligence agencies wondered why ISI operations in India were always exposed while Indian proxy operations in Pakistan never came to light. The ISI understood the fact that the alleged Indian saboteurs in Pakistan were rarely Indian, as the Indian intelligence hired Pakistanis as their proxies. Pakistan decided to do the same, and in 2007 and 2008, it used Indian saboteurs to carry out bomb blasts in Delhi and other places. For the first time the Indian security agencies were clueless about the origin of the saboteurs.  The new strategy of ISI was adopted under the grand design of “Karachi Project”.

The “Karachi Project” has a wide reach. The ISI has an exclusive “Nepal setup” under the project as well, to pursue its design by putting Nepalese and their Indian relatives on the job. It is located in the eastern part of Nepal, which has a sizeable Muslim population. What surprises observers is that such a grand project was operational since long but Indian security agencies were clueless about the existence of such a grand plan of the ISI. The Pakistani spy agency had handled the project for nearly a decade successfully without giving the slightest of hint to India’s intelligence agencies.

is a security expert. He teaches at the University of Delhi. 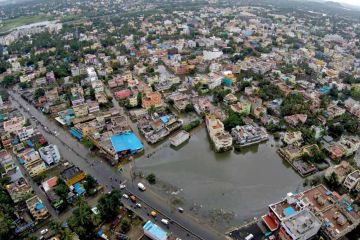 Who let the water into my city?

As Chennai picks up the pieces, the question everyone is asking is: how could this happen in a modern metropolis?

Travelling is the sum total of many things: meeting new people, reliving history, restoring faith. These acquire new meaning as you go off the beaten track. 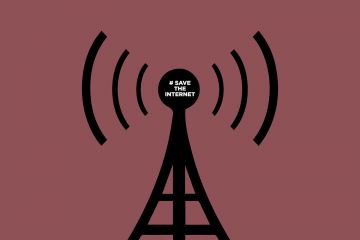