Cross-country travel in the general compartment is crowded, dusty and a real torture chamber in summer. And yet for thousands it remains the only way of travelling long distances.

The apparition of these faces in the crowd,
Petals on a wet, black bough.

– In a Station of the Metro.

Unforgettable as an expression of a poetic experience of the highest order. The inexorable spell of these two lines by Ezra Pound weighs upon me whenever I catch sight of a typically Indian scene crammed with people. The lines recycle themselves into visuals as I scratch around for the right frame to showcase my perception of the Indian reality. Particularly when my camera chances upon the mess one finds so frequently in the unreserved general compartments of a railway carriage.

We don’t need to remind ourselves that the lines have nothing characteristically Indian about them. Ostensibly, though, they depict the crowd in a station of the Metro. The pen-picture of the “Petals on a wet, black bough” speaks clearly of a different clime. “The apparition of these faces in the crowd” of the first line, on the other hand, keeps haunting you even as you try to escape.

Travel the length of the country. Board a train, thrust your way through the crowd to some messy corner of a general compartment and you start losing your identity. One can safely predict a traumatic journey to the destination of absolute facelessness.

What the series seeks to capture is the chaos of a sick, thick throng gasping for air. It takes you straight into the heart of the muddle and the mess. It makes you listen to the muffled voice of individuality.

Ruthlessly robbed of your right to breathe, you are already there, sharing with the hapless masses the unbearable tightness of being—bearing with them the full burden of an inescapable Indian experience. 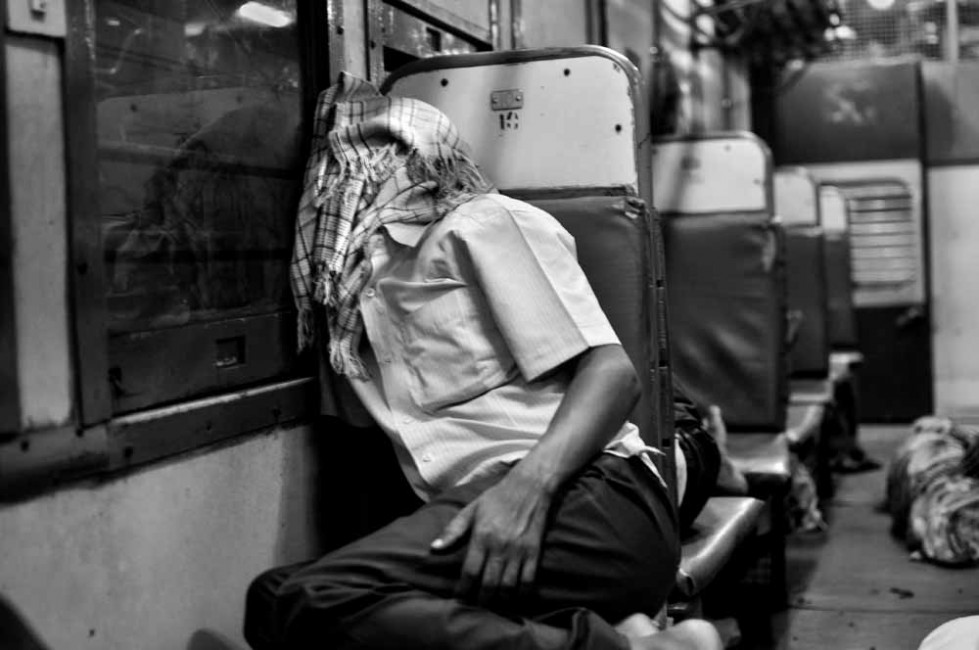 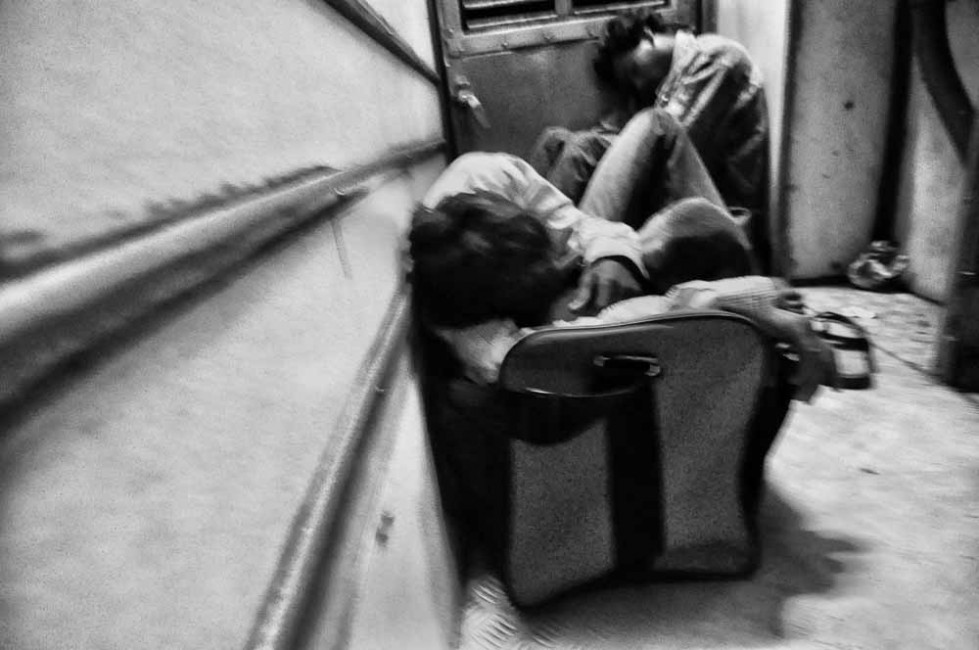 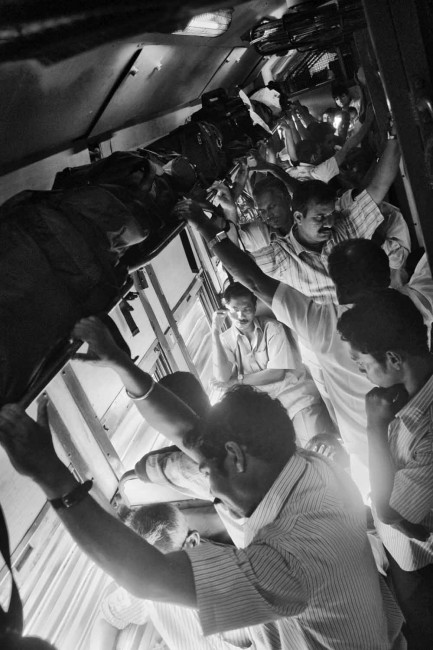 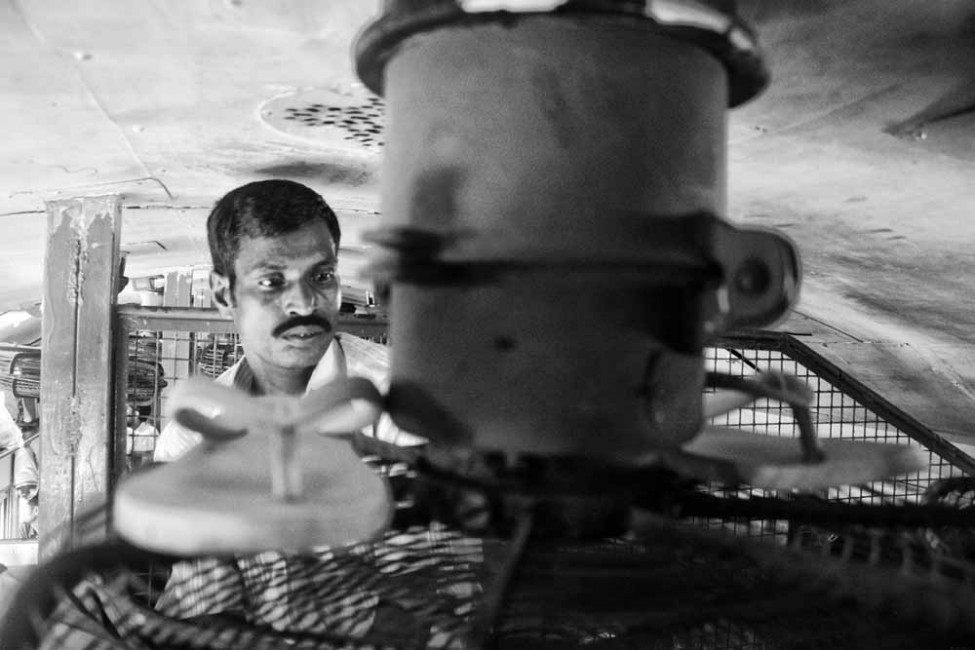 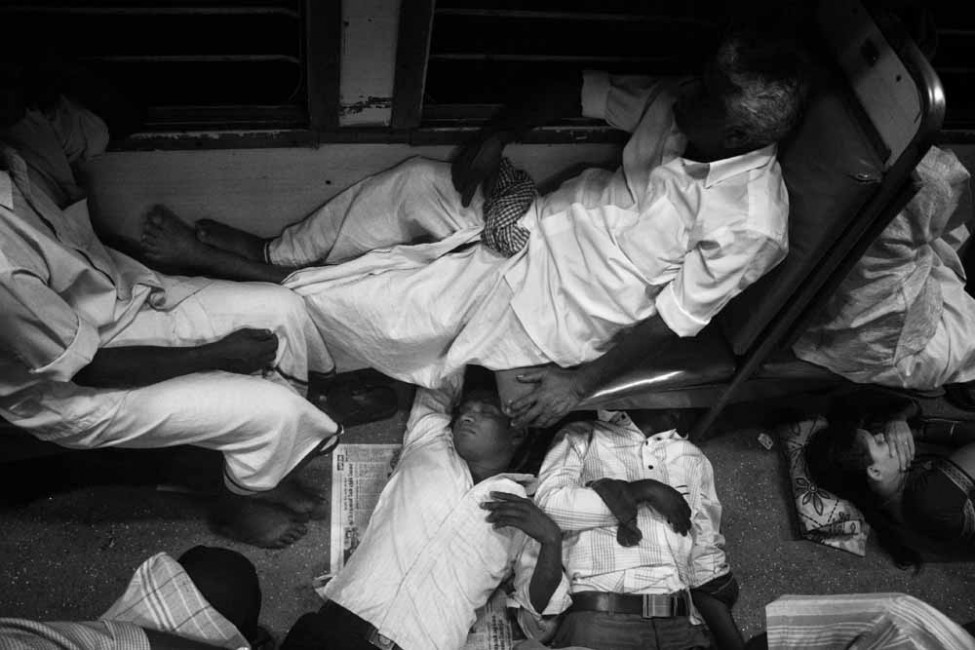 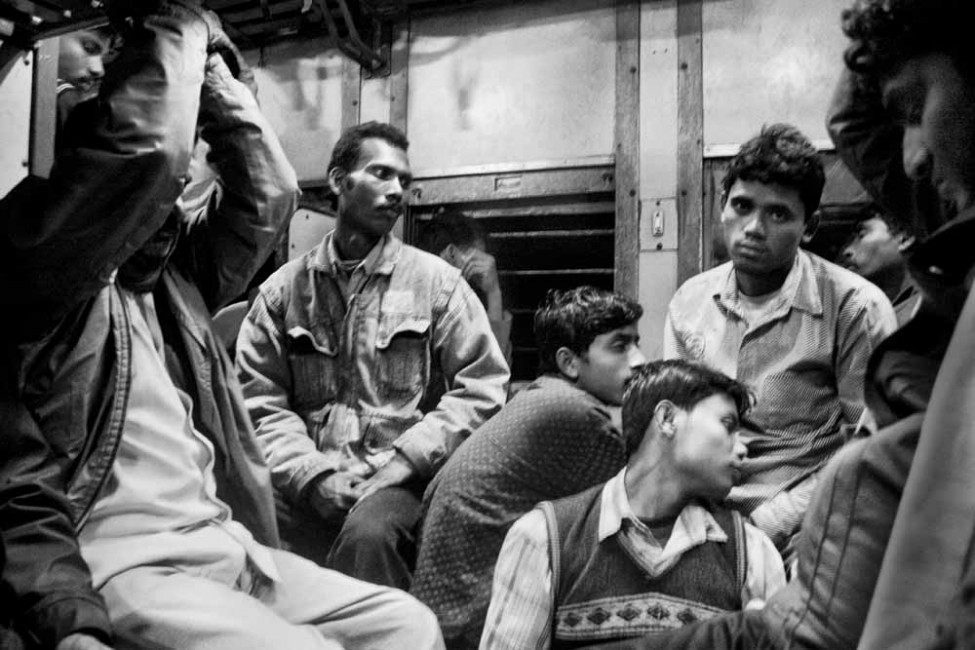 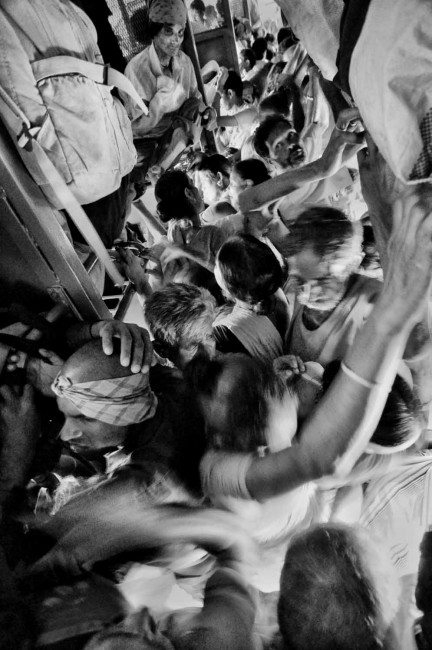 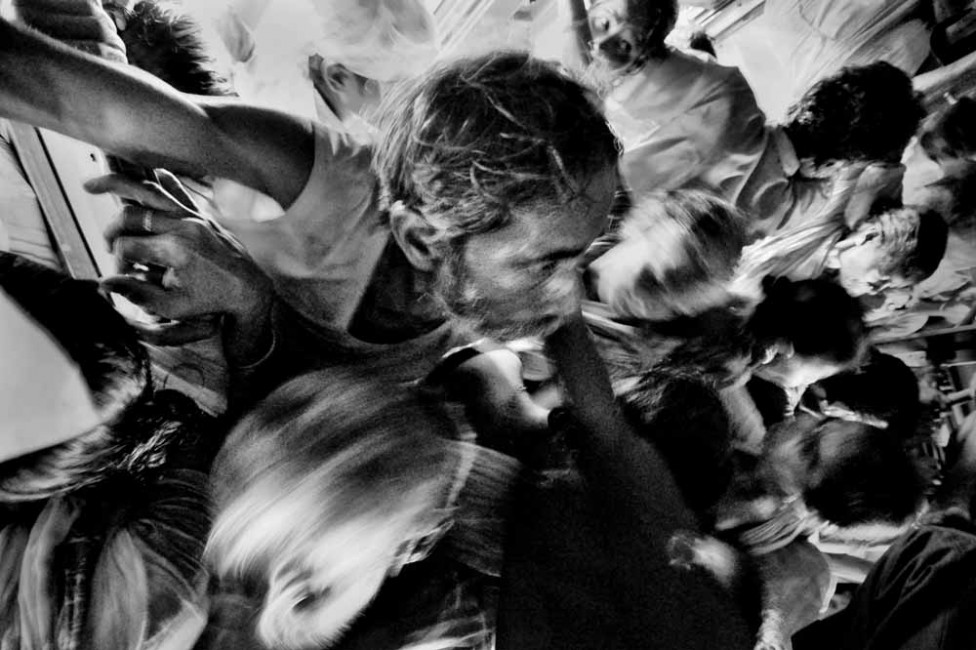 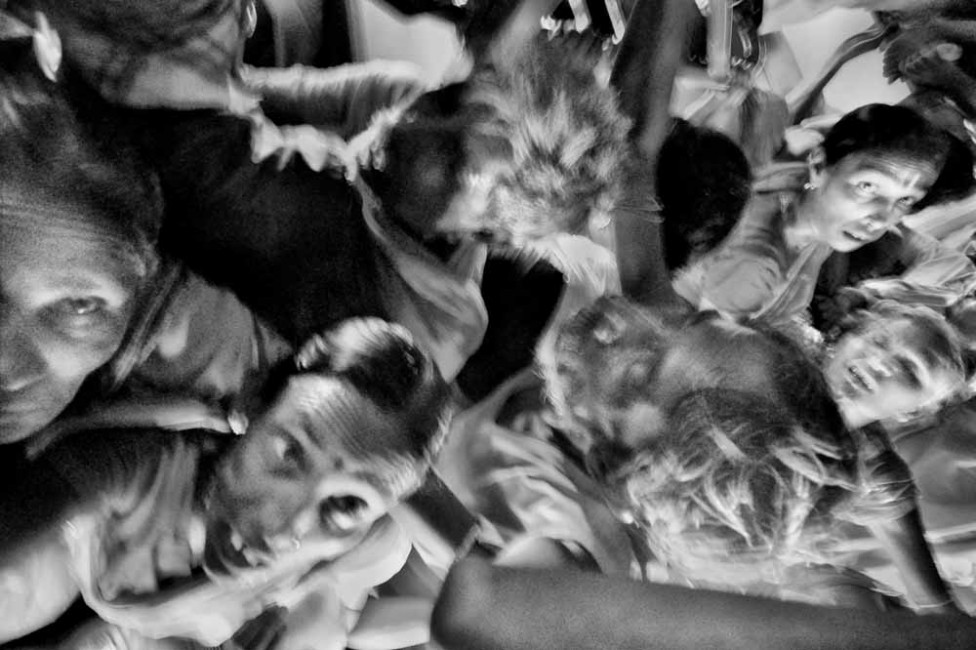 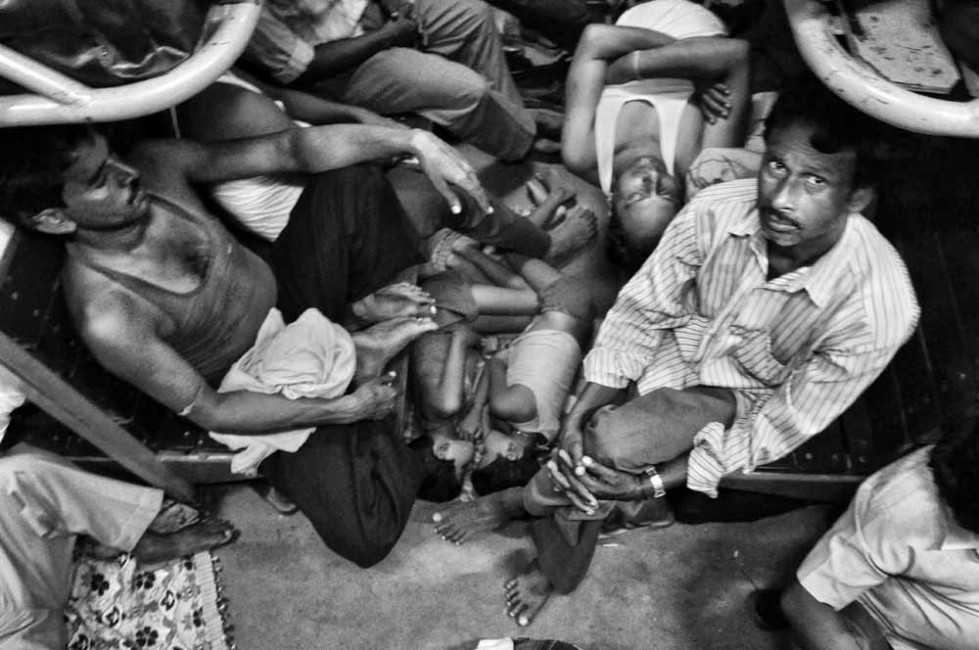 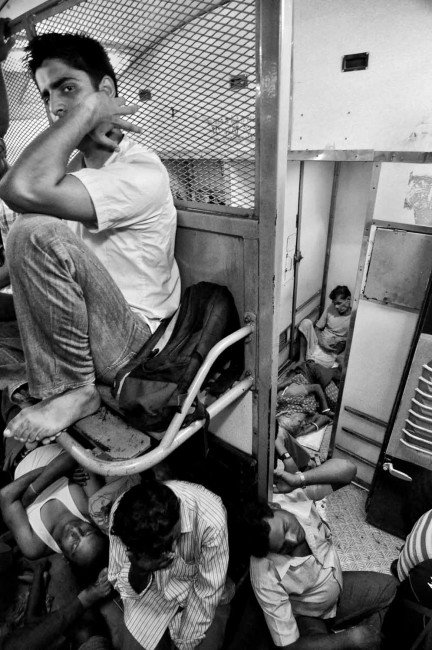 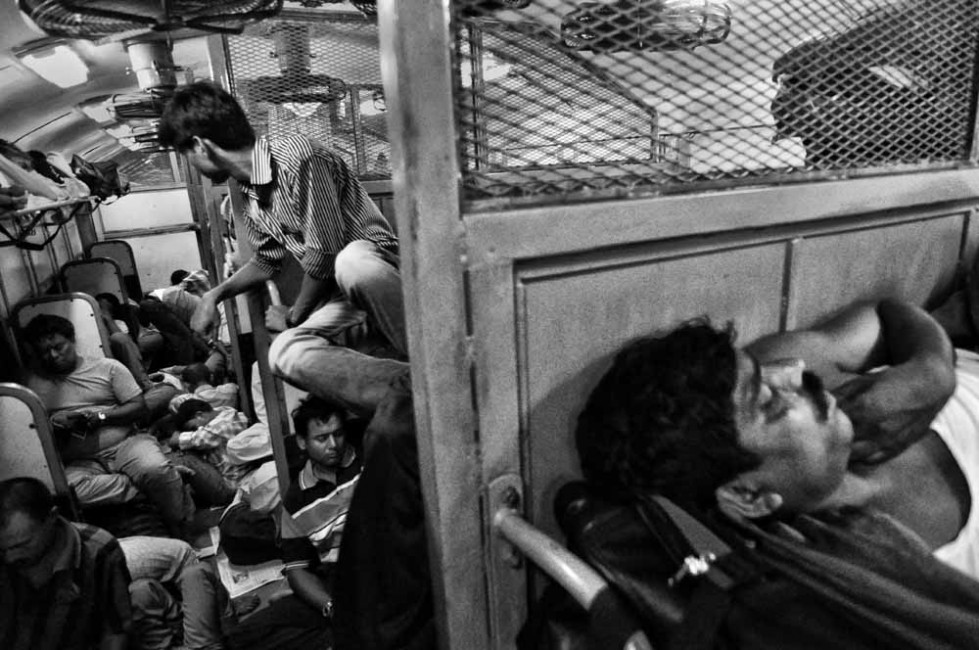 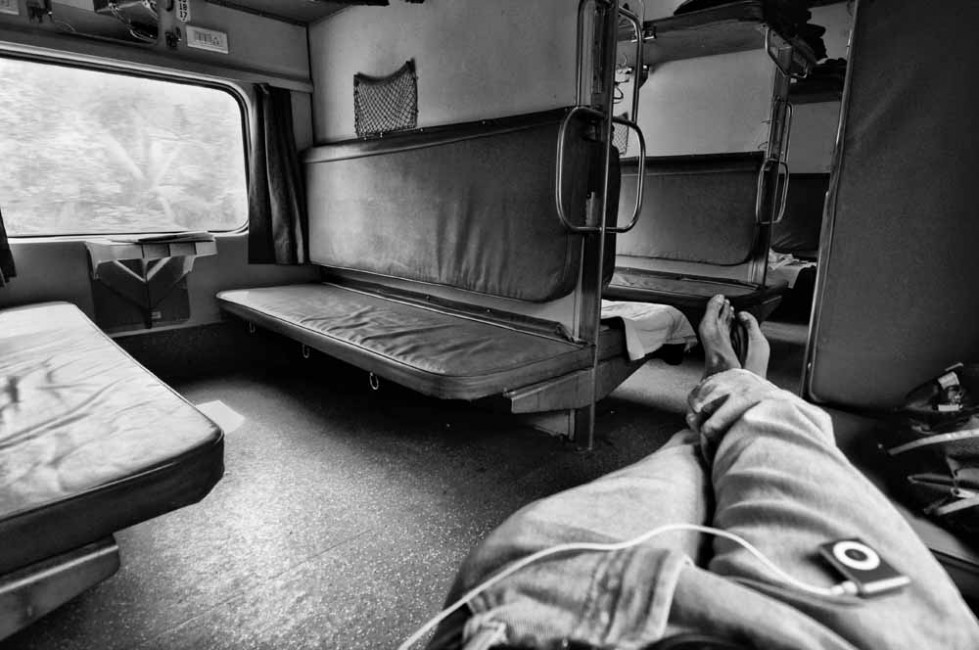 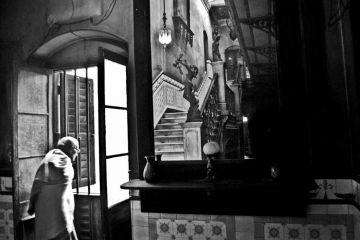 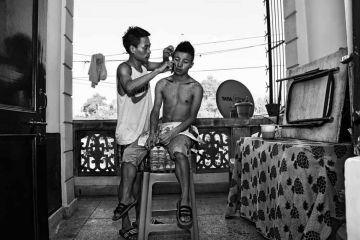 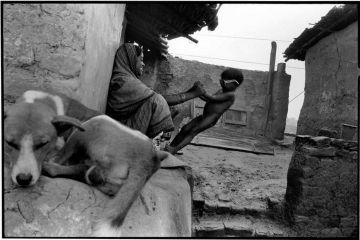 The shadow of the mine

The coal miners of Dhanbad.