Ghosts of the mills

Deindustrialisation came to the hinterland of West Bengal decades ago, and has remained, an unwelcome, uneasy settler. Trade unionism, poor management and liberalisation of the economy are some reasons for the death of industries.

The breakdown of the Soviet Union, which had been a major consumer of finished goods from Communist-led Bengal also led to a rapid decline in the fortunes of the mills and factories.

Howrah—once called “Sheffield of the East”—and Hooghly saw rapid growth in jute and cotton mills, and other large-scale industrial projects during the British Raj. After prolonged lock-outs of countless mills, many were taken over by the government and subsequently leased to investors who lacked managerial skills, and were interested in short-term gains. Forced voluntary retirement schemes became the order of the day; many  workers were let go without payment of provident fund, gratuity and other retirement benefits. Mills that still operate hire only daily contractual workers.

The issue of industrialisation in Howrah-Hoogly became a major issue in this year’s general election campaign, with the major political parties BJP, CPM and TMC each promising the reopening of locked-out mills.

Former labourers, clerks and other employees and their families have been the worst hit. Most of them continue to live in quarters or labour lines as they are called, provided by the mills in their heyday. Others live in shanties clustered around the peripheries of the mills. Once a model of a burgeoning industrial society, labour lines are now derelict. The mills are gone, there is no one to renovate them. The common latrines in the shanties overflow into the rooms during the monsoons. With their jobs gone, most former employees now do contract manual labour, often at distant places. 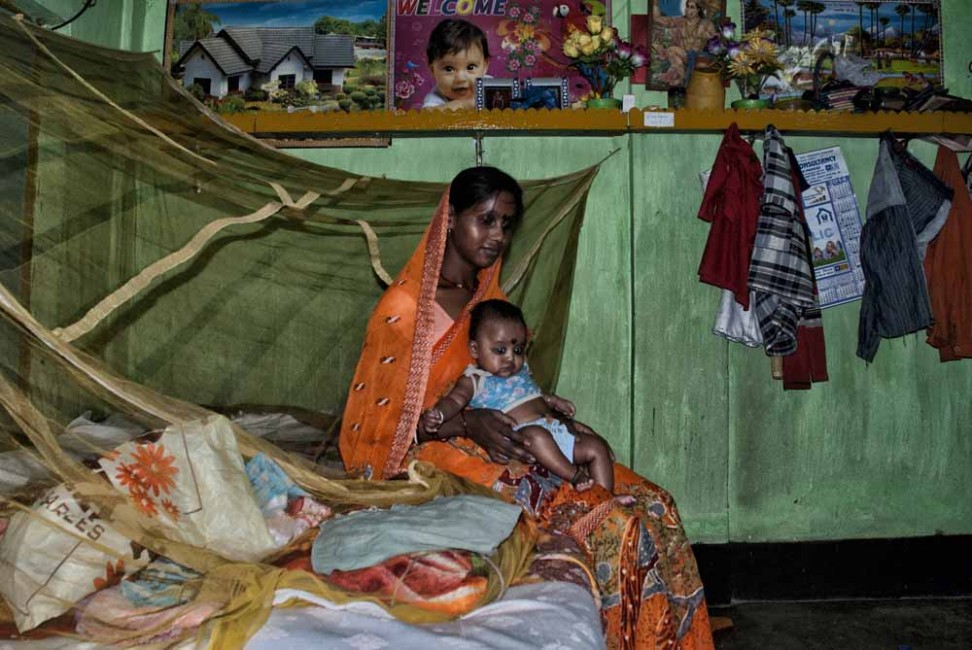 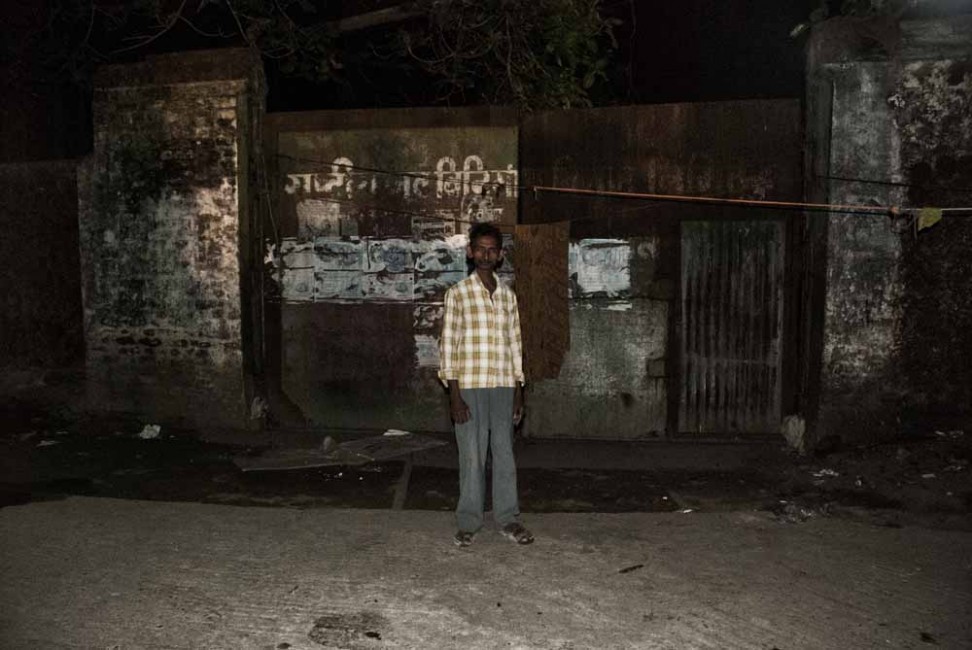 Surinder Mahato is from Sheikhpura, Bihar. He is now running his own tea stall after National Jute (NJMC), Banpur, closed down in 2007. He also does other work that he can find on a daily basis. Mahato received his provident fund amount, but at a reduced scale. The other payments due have not been made yet. 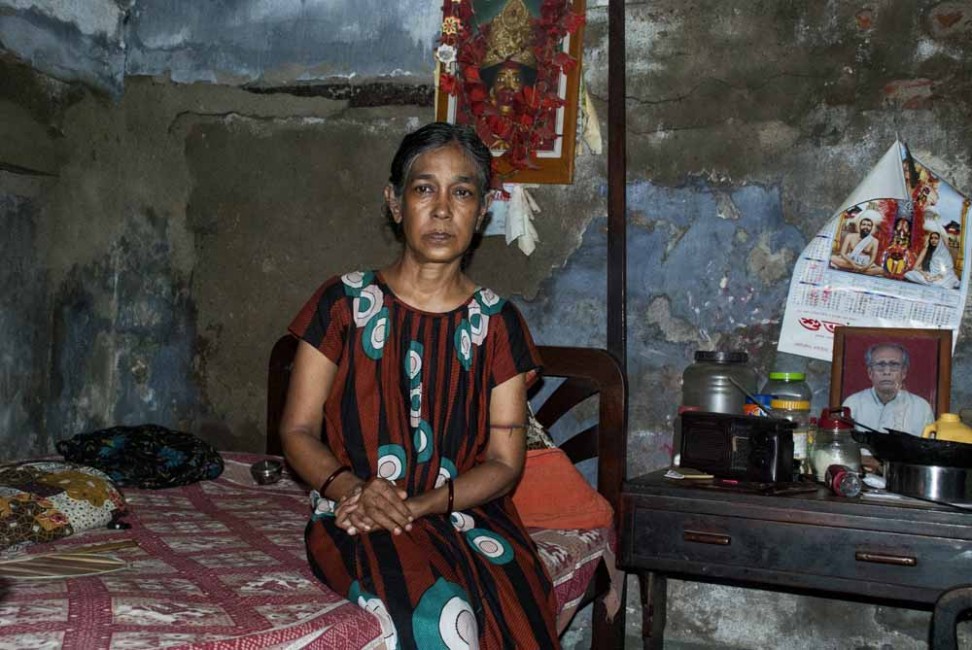 Bithika Gupta, whose husband Samir died recently of multiple cardiac complications. They were unable to pay for treatment at a reputed hospital. She still hasn’t seen any of the dues the Bauria Cotton Mill owes her family. She is supported by her daughters, who come and visit her sometimes. 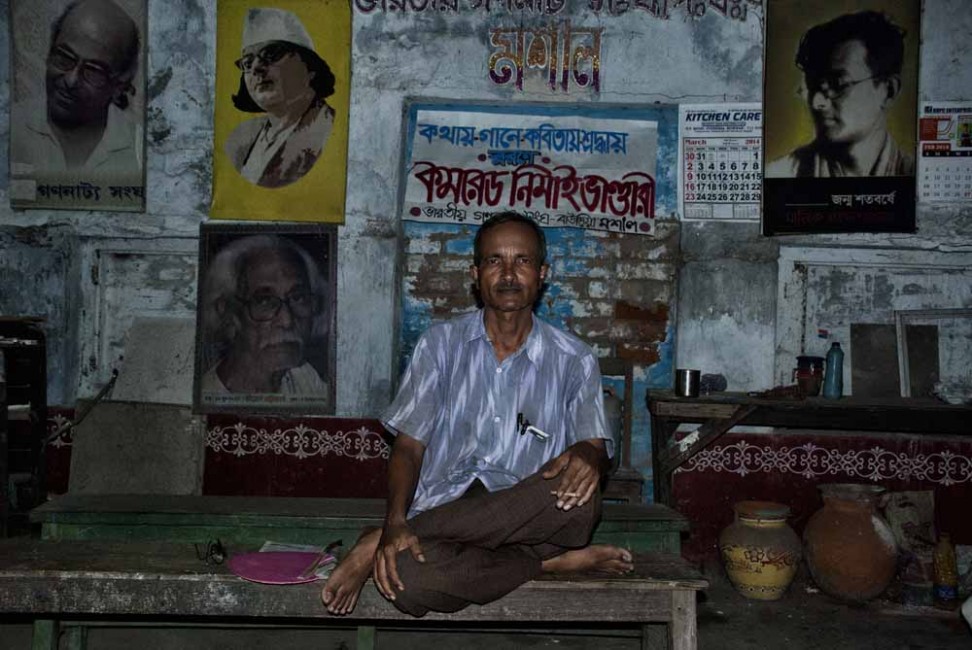 Dipak Ray, assistant general secretary of CITU, the trade union of the Communist Party of India (Marxist), at the local union office in Bauria. He has devoted a large amount of time in trying to get the mill owners to pay the provident and gratuity funds to the workers of the now defunct Bauria Cotton Mill, Howrah. 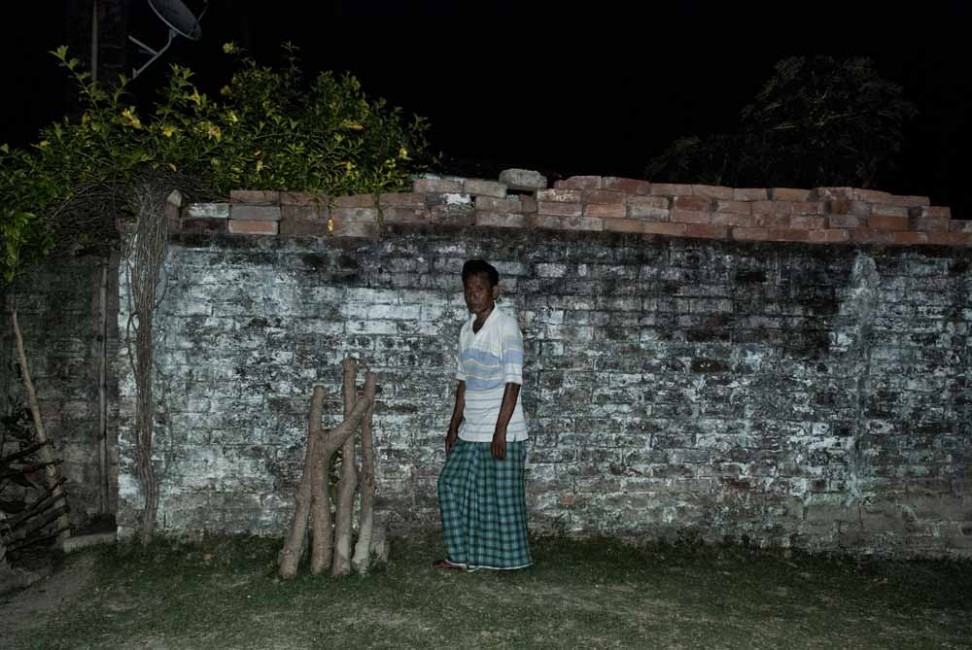 Shiv Kumar Rai from Nepal worked as a wide ring aluminium operator before Gloster Cables shut down. Since then he has taken to drink. 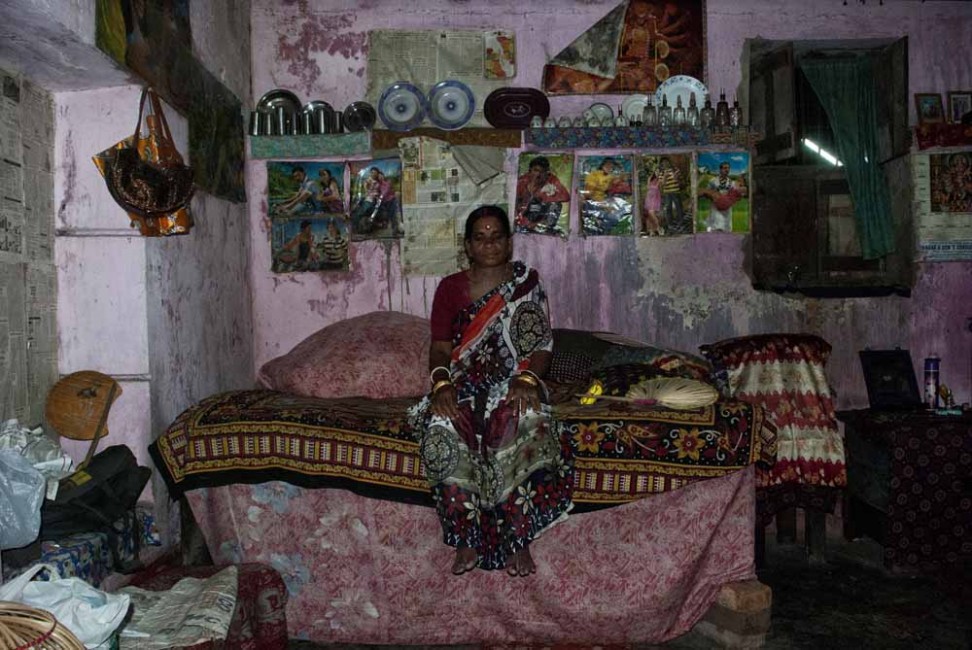 Shantana Singh is the wife of Rajbangshi Singh, who got laid off when Bauria Cotton Mill downed shutters. She lives with her two teenage sons and survives on the `1,500 unemployment benefit that the government sends her way. Economic hardship has had an adverse effect on her mental health. 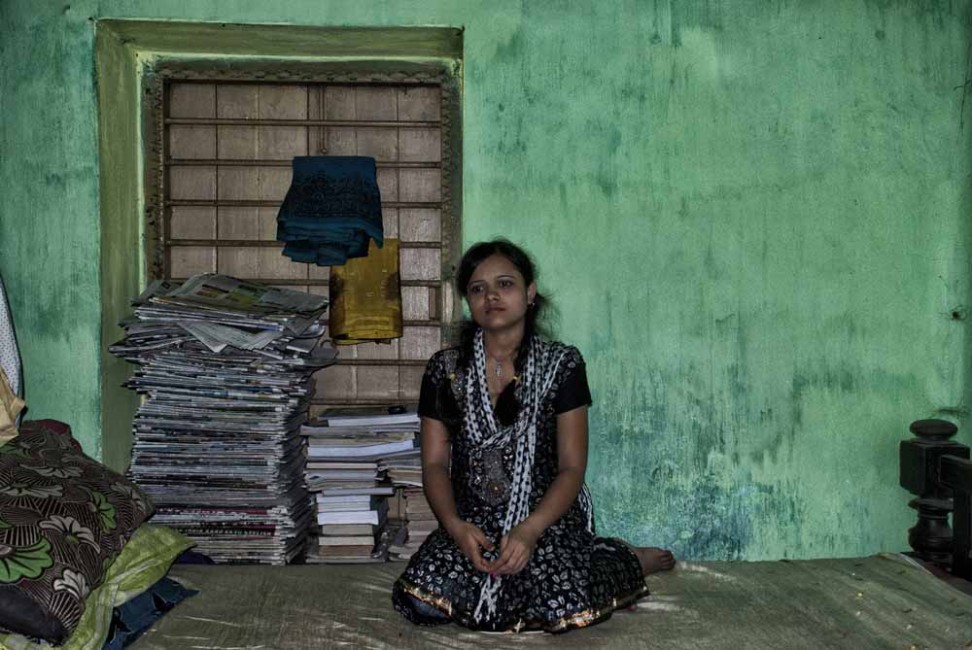 Puja Sahani’s father Banarasi Sahani previously worked at Gloster Cables in Howrah. When the company shut down, he had to find work as a contract labourer at the new Gloster Jute Mill. Puja wants to complete her education but has been forced to discontinue owing to a lack of resources. Her father earns `100 a day—on days that he works—and this goes toward supporting the family, with very little left over. “My brothers have almost left their studies and will probably end up working as contractual labourers,” she says. 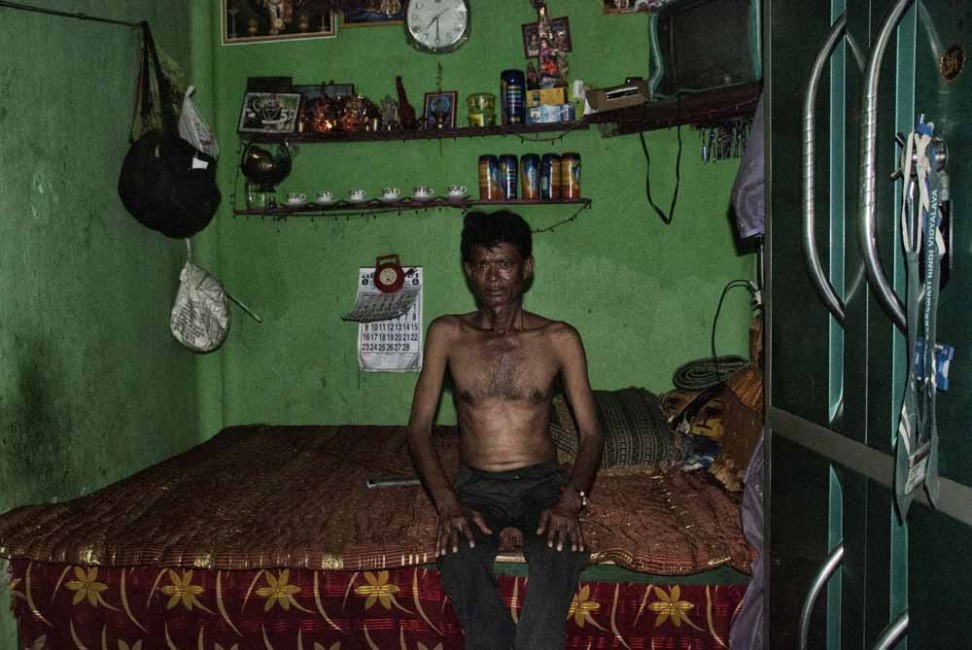 Shivji Patwa, a former employee of National Jute, worked on the springs. After the factory shut shop almost a decade ago, he took to drink to cope with the situation. He ekes out a meagre living, ferrying goods in the neighbourhood market. 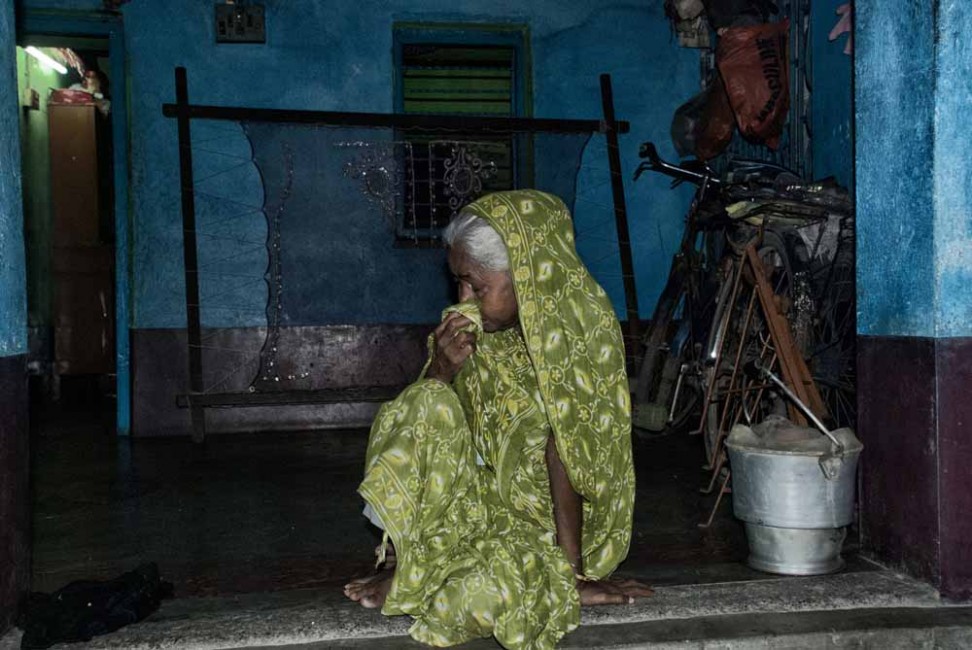 Santi Rabi Das used to work at Delta Mill, before being given voluntary retirement in 2001. It has been over a decade but she is yet to receive her gratuity. The fluids in her eyes are drying out and she urgently needs her dues to get proper medical help. A lot of the workers have died without seeing their retirement benefits. 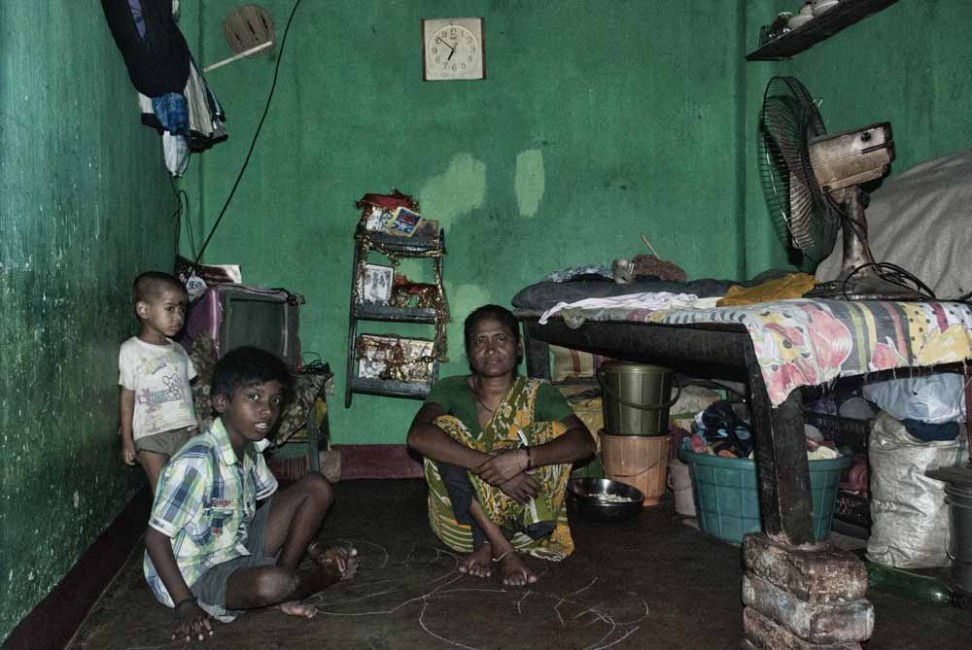 Babita Hela, wife of Jitendar Hela who was previously employed at National Jute. Their children Abhinash (7) and Sharia (3) are in the picture too. Abhinash suffers from a disease that leaves his right limbs limp. Lack of money has prevented the family from seeking proper medical help. After the factory closed down, Jitendar works cleaning toilets in the neighbourhood while Babita helps by washing utensils in nearby homes. A meal a day is all that they can provide for the family now. 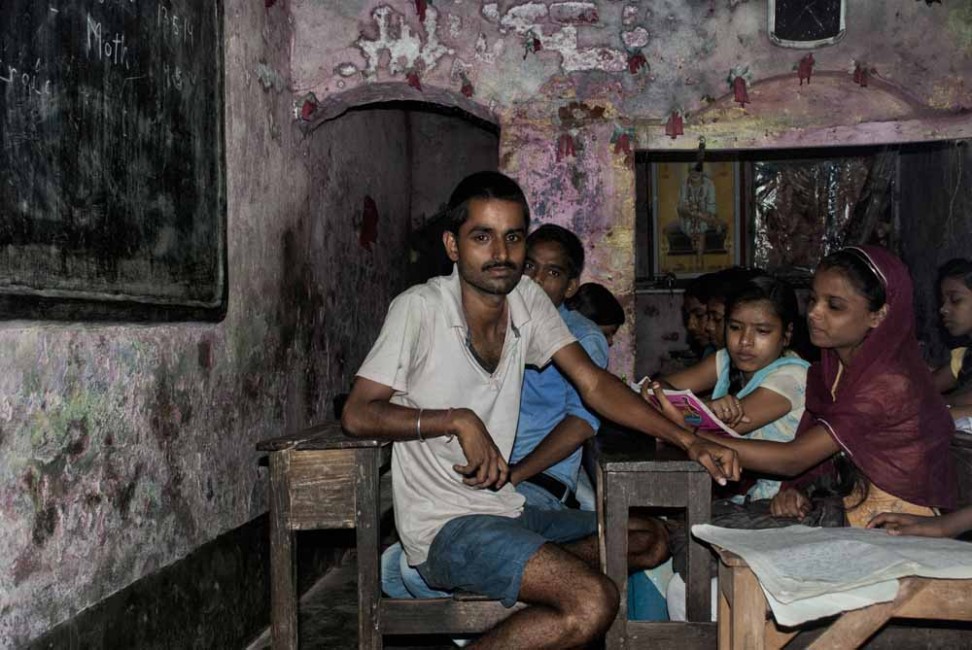 Binod Mishra, 32, got tired of the lack of proper education opportunities for the children of families around Delta Mill. He founded Sree Durga Hindi High School 12 years ago, preparing the children till their school-leaving examinations. 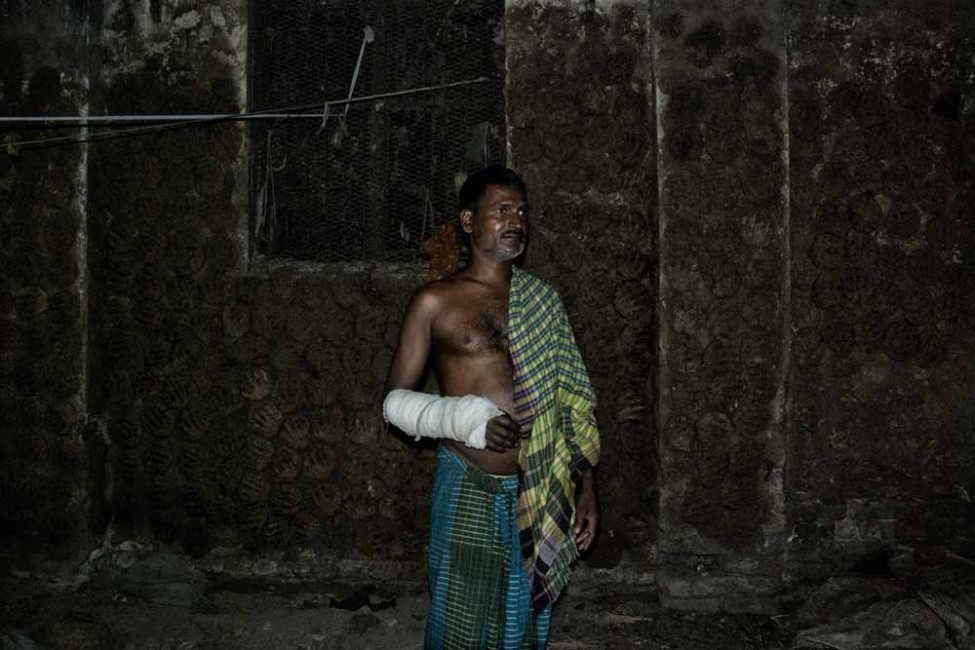 Mahendar Mahato is from Bihar. He lost his job when National Jute closed and now works as a daily labourer around Tikiapara. Mahato recently injured his arm at a steel factory when heavy material fell on him.  The company helped him pay for his operation, but he will be out of work—without pay—for at least two months. 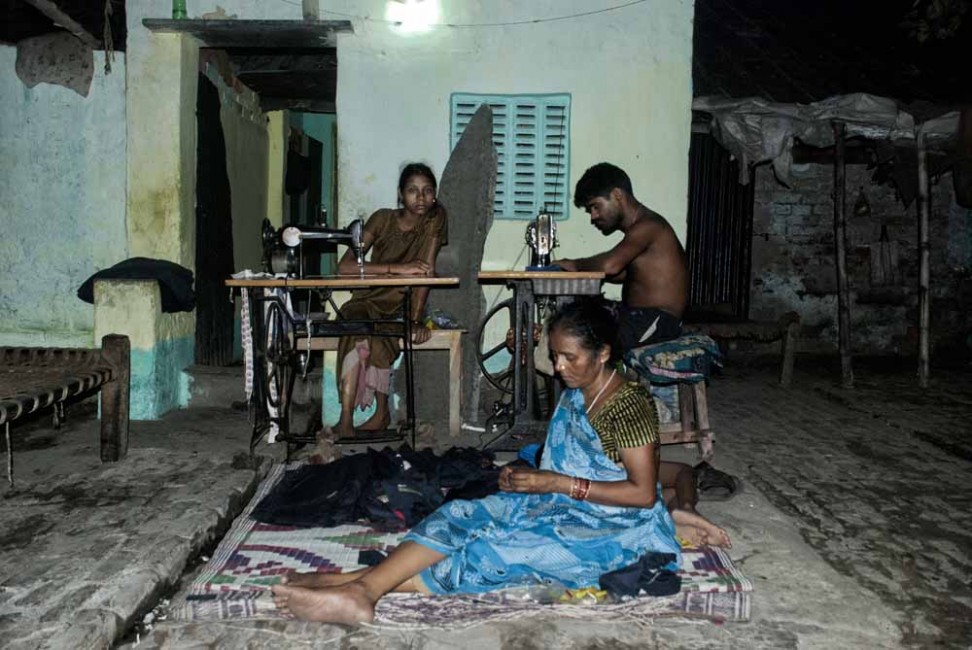 Lakshmi Pasi, wife of the late Vijay Kumar Pasi, stitches trousers for a living along with her daughter Suman. Vijay Kumar passed away last month while working as a contract labourer in a cement factory at Dasnagar. He was forced to go there after the nearby Delta Mill, where he worked, was frequently shut down. Lakshmi used to occasionally work in this field. Now she has taken it up full time to support her family. 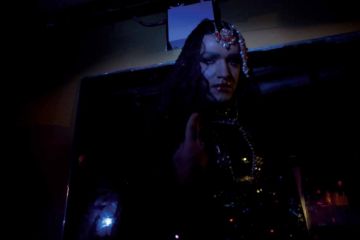 Dancers in the dark 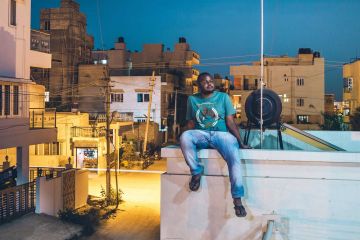 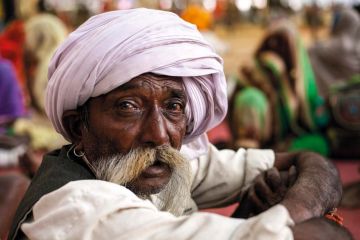