The changing waters of India

Melting of glaciers has long-term effects on the ecology, may change the Ganga as we know it. 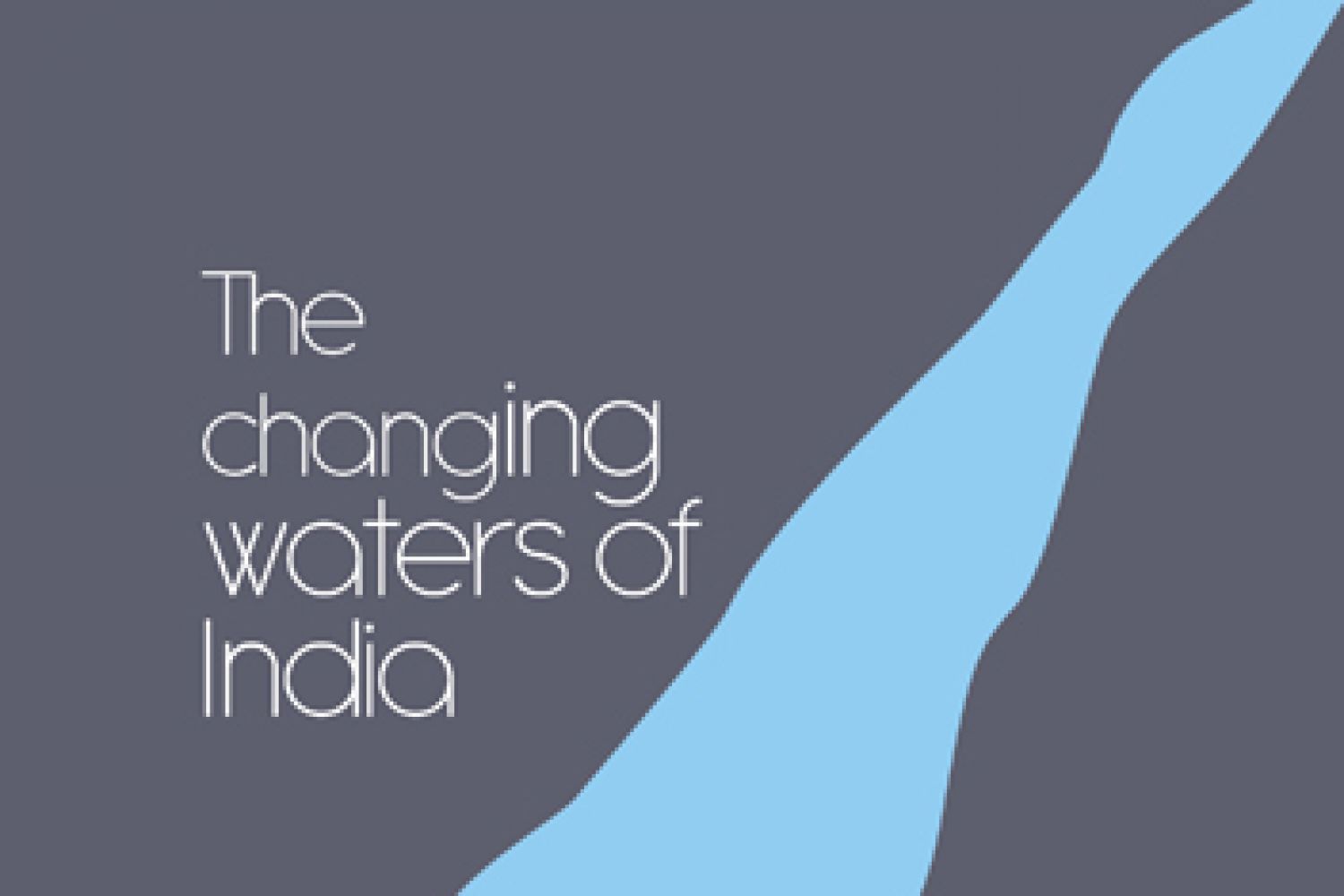 The Himalayan glaciers are melting, but that melting is not an overnight affair. Snow falls, precipitates and deposits. Some of it melts, some evaporates, some remains. As the snow falls next year, the old snow gets compressed, compacted under its own weight. A combination of temperature and pressure leads to decomposition and the snow metamorphoses into ice.

The transformation takes six to seven years. Snow crystals, hexagonal in shape at first, turn tetragonal, granular, and finally become amorphous. As the process continues over thousands of years, the thickness and density of ice builds up and glaciers form.

Melting thousands of years of ice, whatever the cause, takes hundreds of years. However, the repercussions arising out of the slow melt could be catastrophic for humans.

“In the last 20 years of my experience, there are no major changes in the melting rate but the amount increased,” says Dr D.P. Dobhal, glaciologist at the Wadia Institute of Himalayan Geology, Dehradun. “The real problem is the declining trend of snowfall in winter.” That is why, he explains, “we correlate the retreat of glaciers with climate change and global warming”.

Bringing home the experience, he says, “It’s like your bank account. You have fixed expenses every month. As you draw out more amount for some extra burden, three or four years down the line the whole thing is exhausted.”

“Our storage is shrinking,” he adds. “Snowfall is the main source. Less snow in winter means mass is lost; length is lost.”

The report of the study group on Himalayan glaciers, released by the Department of Science and Technology (DST), states: “Over the last three decades winter snowfall trends show significant decrease which is associated with considerable decrease in extreme heavy precipitation days over the same period of time. This interrelation provides further evidence of the warming influence on the precipitation type.”

The Indian part of the Himalayas is home to approximately 9,500 glaciers. According to the status report on the Gangotri glacier in 2012, released by the DST, “It is estimated that the Himalayan glaciers provide around 8.6×106 cubic metres (8.6 million cubic metres) of water annually. The three great rivers of India—the Indus, the Ganges and the Brahmaputra—collectively provide close to 50 per cent (320 cubic kilometres) of the country’s utilisable surface water resources (690 cubic kilometres). Perhaps two billion people depend on these rivers for their water and food supply.”

The Himalayan glaciers feed several rivers in northern India, so they are perennial in that they have plenty of water even in the lean season when there’s no rain. They depend on glacier melt. By contrast, the southern rivers are rainfed.

The Gangotri glacier is the source of the Bhagirathi, the Ganga’s largest tributary, and it meets another tributary, the Alaknanda, at Devprayag to form the Ganga, the lifeline for at least 40 crore people in its 2,500 kilometre journey.

The glacier’s retreat is bound to affect people downstream. The status report says, “On average the glacier is receding at 18 to 19 metres per year (average of about four-decade observation). A 30.2 kilometre glacier with the present rate of change may take more than 1,500 years to vanish provided all the parameters remain the same as in the preceding four decades. In this case thickness changes have not been taken into account. Gangotri glacier is more than 60 metres thick at the snout and more than 200 metres thick near accumulation zone. As such a very drastic change in climatic conditions will be needed to make the glacier to vanish in a short span of time.”

Although this observation on the Gangotri’s retreat sounds linear, the actual process is highly non-linear.

“Glaciers are not just water resources,” Dobhal says. “They control climate, keeping it cool. If the glaciers melt, cooling is reduced. Temperatures in the region will rise and melting increase, even if the overall temperatures don’t rise.” Positive feedback loops can tip the situation.

Keeping the glacier melt in perspective, Dr Shresth Tayal, an adjunct faculty at the department of natural resources, TERI University, Delhi, says, “People will get affected due to reduced availability of water in rivers only in summer. But initially, for the first few decades there will be increased availability of water due to increase in rate of melting and higher contribution from glaciers. Several projections have estimated the increase in river flows until the middle of this century. Reduction, if any, will be only after 2050.”

The melt and its effect in its initial years could lead to several changes in the Ganga. “Melting of glaciers should lead to a rise of the average level of the Ganga which will reduce low-water events and increase high-water events,” says Dr Joachim Michael Schmerbeck, an assistant professor at the Department of Natural Resources, TERI University.

“A rise in the average water load of rivers should lead to a shift of the riparian forest away from the river. As the topography of newly-flooded area is not shaped by the water yet, and if the current is likely to increase and therefore more material is transported in the river, increased water levels may cause more disturbance and differences in the magnitude of the disturbances will lead to different microhabitats, which I expect to enhance the biodiversity of terrestrial and aquatic organisms as well as terrestrial ecosystems. But this depends on the topography of the river banks in a particular area.”

Apart from the possibility of new microhabitats, in the Ganga basin “quite dramatic changes will occur in agricultural patterns and livelihoods,” says Professor Anil V. Kulkarni, Divecha Centre for Climate Change, Centre for Atmospheric and Oceanic Sciences at the Indian Institute of Science (IISc), Bangalore.

“One has to understand the key pattern of glacial melt. In summer, there is a large amount of water from glaciers. In a drought year, many small irrigation schemes may not have water, and summer crops may be affected. As in peninsular India, you need to store monsoon water. You require new irrigation facilities.”

The problem has multiple dimensions. “Another facet is there will be 30 to 40 per cent reduction in water,” he continues, “so less will be available for people, agriculture and industry.” In addition, “the land from where the ice is gone will be prone to erosion. The sediments will flow and settle in the river bed, making rivers shallow, occasioning more floods.”

Explaining the possible effects of increased freshwater flows on marine systems, Dr Naveen Namboothri, a post-doctoral fellow at the Centre for Ecological Sciences, IISc, lays out a scenario:

First, it could affect “the salinity regimes of near-shore coastal systems. This could have some effects on the current distribution and of mainly pelagic species assemblages (those that live in the water column, not near the sea floor) and to a certain level the benthic marine fauna (near or on the floor) found close to the Gangetic delta. True marine species preferring the higher salinity of seawater could be forced to move further from the source of discharge. However, it could provide more habitats for brackish water species. Estuarine dynamics could get altered too.”

Secondly, “the increased flow of water could also mean a substantial amount of sediment and nutrients being brought in. The sediment could have some negative effects on the benthic and pelagic species in adjoining waters. But nothing substantial can be predicted.”

Glaciers are a crucial water resource for the country. It’s difficult to say how climate change will affect glacial melt. “It depends on how much carbon dioxide we humans pump into the atmosphere, and there is a lot of uncertainty about human behaviour,” says Kulkarni.

To put it in a nutshell, “We cannot predict how long (it takes to melt).” It’s not going to happen in a straight line fashion in any case. Various imponderables and variables could affect the scenario for better or worse, mostly worse, accelerating the melt dramatically.

“We have to learn to use water resources optimally, more efficiently,” Kulkarni says. In the end, “It’s about the uncertainty of human behaviour.” 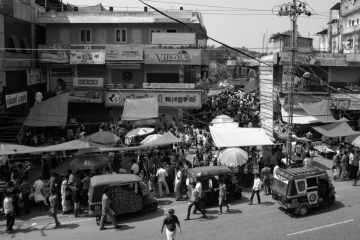 Fear and loathing in Kerala

The state has been awash with outsiders for the last 20 years or so, a fact that moves the Malayalee to paranoid fantasies about what they will do to his beloved land. 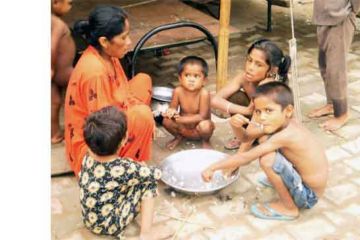 Half a country, half a life

Pakistan’s Hindus are crossing over in ever larger numbers, refusing to go back even after their visas expire. They prefer the life of illegal migrants over the violence in their country. 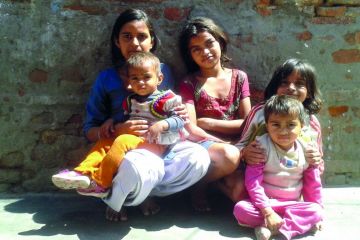 A most callous cut

The much-heralded family planning programme is in its details little more than the mass sterilisation of mostly illiterate women to meet government targets.