On a freezing morning in January 1994, the village of Seer near Anantnag was woken up by the sound of jackboots announcing another crackdown on terrorists. 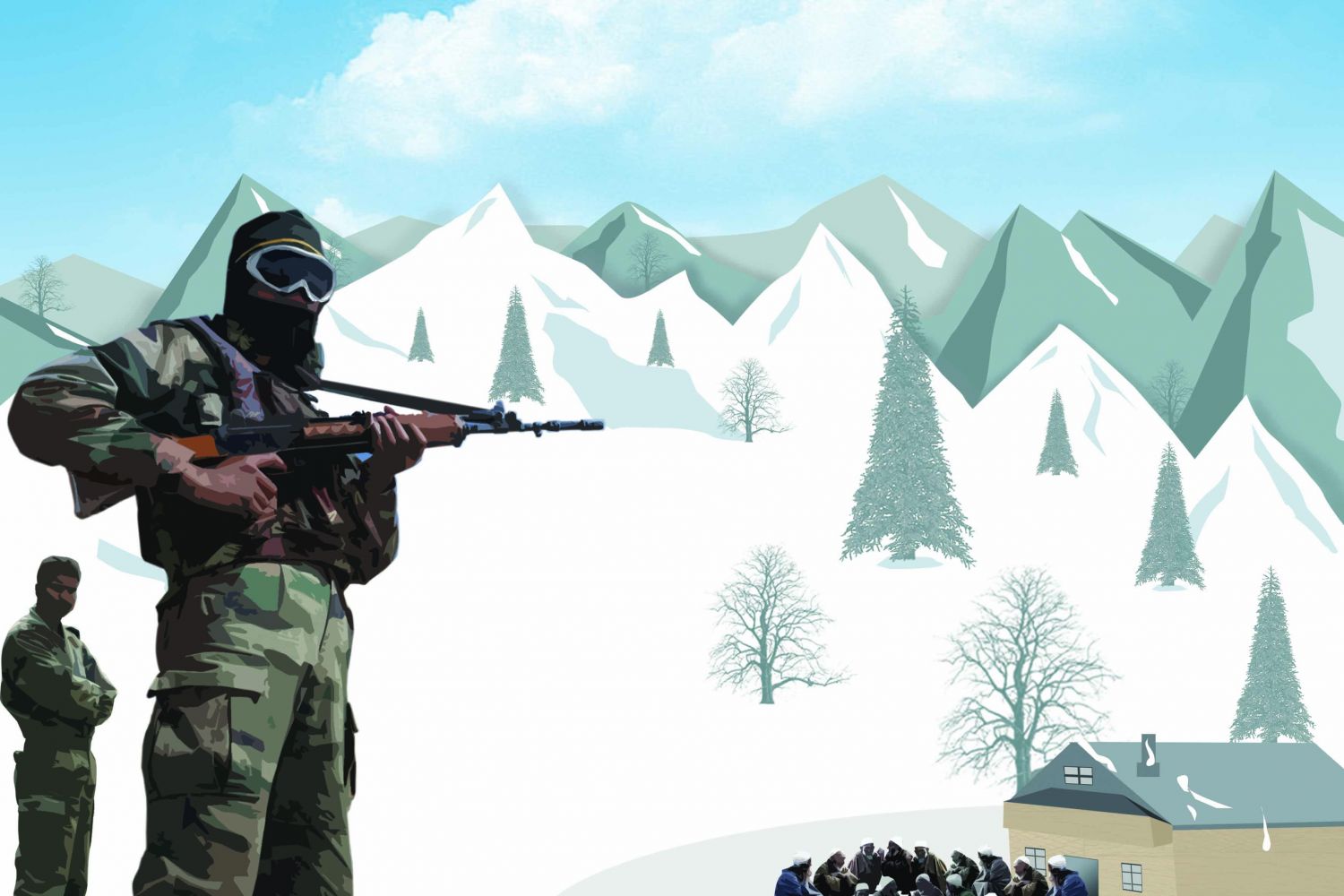 Some 13 km north to the town of Anantnag in south Kashmir, my village, Seer, lies in the lap of the Pir Panjal mountains, the largest range of the low Himalayas. The houses in my neighbourhood are made of red-baked bricks and slanting tin roofs, and huddle close together, forming a continuous line along one side of the main road, which links the village to the town.

The other side of the road runs along the mountains. It has a short row of kiosks interspersed with some houses, fallow land, two graveyards and a few public institutions like the sole government hospital. Our three-storied house with a small yard stands close to the road. Its façade faces the Pir Panjal, which remains perpetually green with tall pine and fir trees until winter arrives. The backyard leads to an alley, which meanders through the dense and inner areas of the village, and meets a huge expanse of paddy fields, yellow with mustard in spring, and golden with paddy in autumn.

That year, winter set in early with a heavy snowfall. A thick white sheet spread over the hills and covered the fields. Snow hung from the roofs of the houses. On the third day when snow stopped falling, I came out in the yard and looked at our house.

Its roof looked like the soft dog-eared woollen cap I was wearing. At night, the sky cleared and the stars appeared. Like life, the view of the hills had frozen. They stood there looking over us in silence, a breathtaking, alpine beauty.

It was the month of January and we were experiencing Chillai Kalaan, the harshest phase of the Kashmiri winter. That morning, I was sipping nun chai, traditional salty tea, with Babeh, my grandfather, and Naen, my maternal grandmother, who sat close around me, leaning against round cushions in the kitchen. The chill was bitter, and our breaths formed white curls of vapour. Frost had created flowers of ice on the glass windows. Our view of the outside was blocked. We were cut off from the rest of the world, trapped in an endless spell of snow, in the mighty mountains.