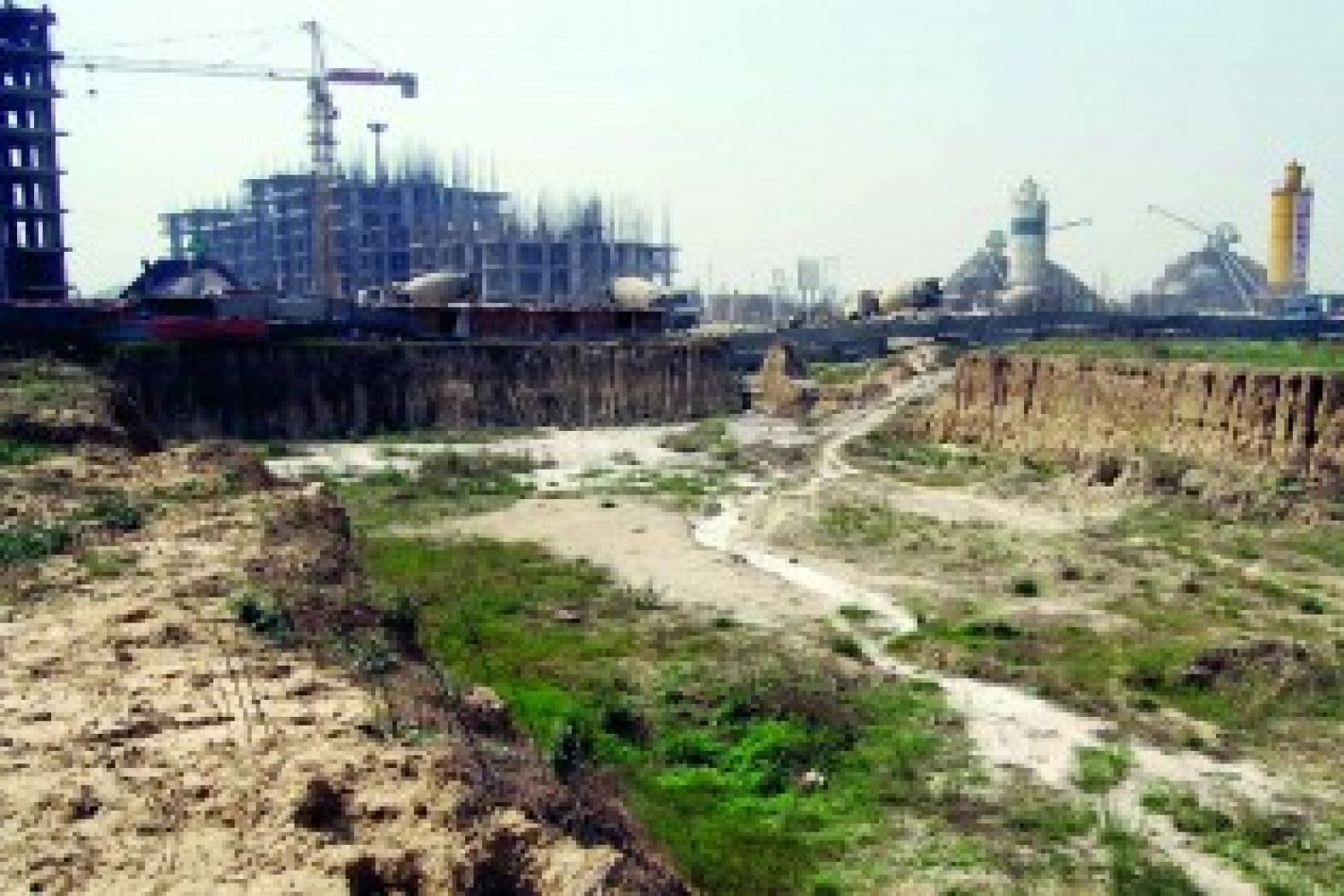 It is a hot afternoon on the dusty metalled road off the Noida-Greater Noida expressway. The shadows cast by the tall buildings being constructed all around are short and offer no shade. Tall grass grows in the spaces between two construction sites, next to which is a colony of squat tin-roofed shanties with a small shop with a mud-floor verandah. A group of men sit there playing cards while the woman in the shop boils tea. It’s easy to forget the city is only minutes away. It’s unsurprising that these men and women are not visible to the city either.

The Inter-State Migrant Workmen law is directed at securing working and living conditions for a segment of the working poor—labour that moves from one state to another. The provisions of this 1979 law (and the newer Building and Other Construction Workers law) require that workers be provided temporary shelter with sanitation, clean water, facilities for food and medical support, safety gear, wage and attendance record, work certificates and crèches for children. It applies to cases where more than five migrant workers are employed through contractors and sought that both the employers and contractors be registered.

Nearly everyone, including the labour officialdom responsible for implementing the law, though, affirms that no one takes it seriously. Even as the government moves sluggishly to bring a revised law, migrant construction workers remain unaware of any protections.

Samin, one of the men in the group, has been working at construction sites for the past five or six years, he’s not exactly sure. He does not have any proof he has worked even for the past year, let alone the years before that. His wife Jainab used to stay back at home, which is in West Bengal’s Cooch Behar district, but they recently started working together at the construction site, like many of Samin’s friends and their wives at the worker’s jhuggi or colony.

When they are at the site, they leave their three children behind in the temporary brick structure with a corrugated tin roof under the watch of one of the older children. This company does not let children come to the site. There is no crèche or arrangement for the children here.

Before he got married, Samin had to share the jhuggi (worksite) room with four other men. He thought bringing Jainab would afford him a little more space. Though it would not double their earning, her income would add to his. After all, a beldaar or petty wage worker hardly gets enough and he could take more money home with her working. She didn’t want to come—she doesn’t know the language and would be completely confined to the jhuggi—but she had no choice in the end. Jainab moved after having their third child, whom she still breastfeeds.

There is electric lighting after sundown, which is more than what she is used to at the village. But there are no toilets or separate bath areas for the women. The builder has also not provided a canteen. This means the women have to wake up before first light in the morning to relieve themselves in the open and then cook.

Initially, the company supplied wood for cooking, but since only a year of work is left, the workers now buy their own five-kilogram or smaller gas cylinders and refill them weekly for ₹100 a kilo at nearby shops. Not having to deal with smoky wood is a good thing but the cost is now upon the workers.

The water is brackish in Noida but this is all the workers get to drink. Some companies do get tankers for drinking water but not this one. It grows unbearably hot in the summer, resulting in a thirst that can’t be quenched, which is perhaps why people frequent the “Bangali” clinic nearby, as Samin and his friends call it, for diarrhoea medicine.

Today is an “off day” for the workers. It’s summer and work has slowed down, so many return to their village to harvest the winter crop. About 100 workers remain, though at peak the site has over 700. This flexibility is very important, say Samin and his friends at the shop run by one of the jamadars, the ones who “supply” and manage teams of workers for the main labour contractor the company recognises.

Samin’s family’s land, however, is so small that they didn’t need him for harvest. Construction work, however unreliable and far from home, is what he will probably be doing for the foreseeable future.

Getting work is like walking a tightrope. Staying in the good books of contractors or his munshis or helpers is not always enough. You need to keep your ears and eyes open: Samin only landed this job by walking over to the site and speaking to one of the contractors’ helpers. It is risky, because it’s common for an unknown contractor to fleece workers and run away.

“The company pays the contractor and if he runs away then the workers are not paid at all,” Samin’s friend explains. “If the attendance card is shown, the worker may be paid, but if not, the worker has no option but to let it go and find work elsewhere. It is hard to track down such contractors. How does one find pickpockets?”

This attendance card contains details on attendance, overtime, and any expenses paid by the contractor, his assistant or representative. Wages are paid based on these entries.

However, the risk often pays off. Samin got lucky: this company, though strict, pays well and seems to provide more facilities than his previous employer.

Nobody at the site knows if there are any laws they can use against errant companies or contractors, though a couple of Samin’s friends remember applications brought by an official which after filling got them card and then a bicycle each. The cards have been
submitted for renewal by the company now, so nobody has it. At another site a kilometre away, no such registration happened though that is the older site.

For most people, “labour office” is the one run by the company, though they know there’s a labour court somewhere. None of the petty workers and the better-paid masons—and even the contractor (and his munshi)—at either site have heard about the Inter-State Migrant Workmen Act, 1979, or even the Building and Other Construction Workers Welfare Board created under the 1996 Building and Other Construction Workers law.

Their expectations are based on experience: a company should build temporary dwellings with water and electricity; provide safety gear and stand ready to pay in case of a grievous injury; the contractor should get workers on time; allow holidays without taking away their work; get work done; pay wages on time and not run away.

Akshay, brother of contractor Sanjay, knows contractors need to be licensed for the company to work with them under law, but says the workers, usually illiterate and dependent on the munshis, know nothing of this.

You could say these workers are sold to the company even before coming since they get an advance, and they have to work whatever happens for the 62–65 days they are here.

Samin’s friends from Madhya Pradesh on the other side of the labour colony feel more secure working with a contractor (likely a jamadar) who is their relative. For Samin, “security” lies in working with companies known to treat labour better, preferably “limited companies”, a term workers use to refer to big construction companies.

Still, they’re better off than the so-called “Malda workers”. Originally from Malda district of West Bengal, but now recruited from Bihar, Jharkhand and other  states, they are brought for two months of contract labour. They live in the colony too but they are hardly ever there. While Samin and other workers are on an eight-hour shift with overtime an option, Malda workers are on a 12-hour shift with no leave or break except for food supplied by the contractor.

(Though the law requires overtime to be paid with double the hourly wage, the rate differs from site to site. At the sites visited, half the hourly rate was paid for overtime work.)

“You could say these workers are sold to the company even before coming since they get an advance, and they have to work whatever happens for the 62–65 days they are here,” jamadar Taufeel says. Almost every site has a group of Malda workers, though they can never be found off the worksite easily.

“They eat whatever the contractor supplies at the site, even if it’s rice, potato curry and chapatis every day,” says Arfa, the only Bengali woman who speaks Hindi in the colony.

is a Masters student at Tata Institute of Social Sciences, Mumbai and has reported for Mint newspaper. 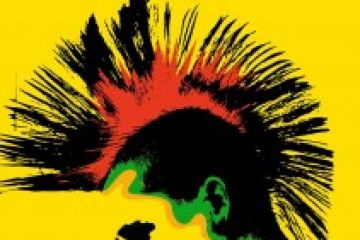 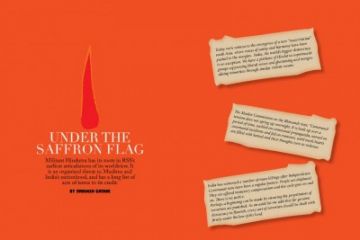 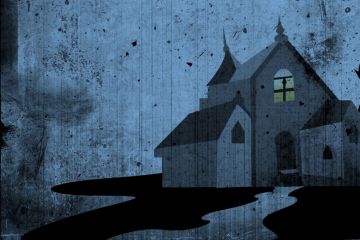 Of haunted houses and absent plots

Naiyer Masud ushered in a new paradigm in the Urdu short story, taking it far from its social commentary roots into the realm of the subconscious.