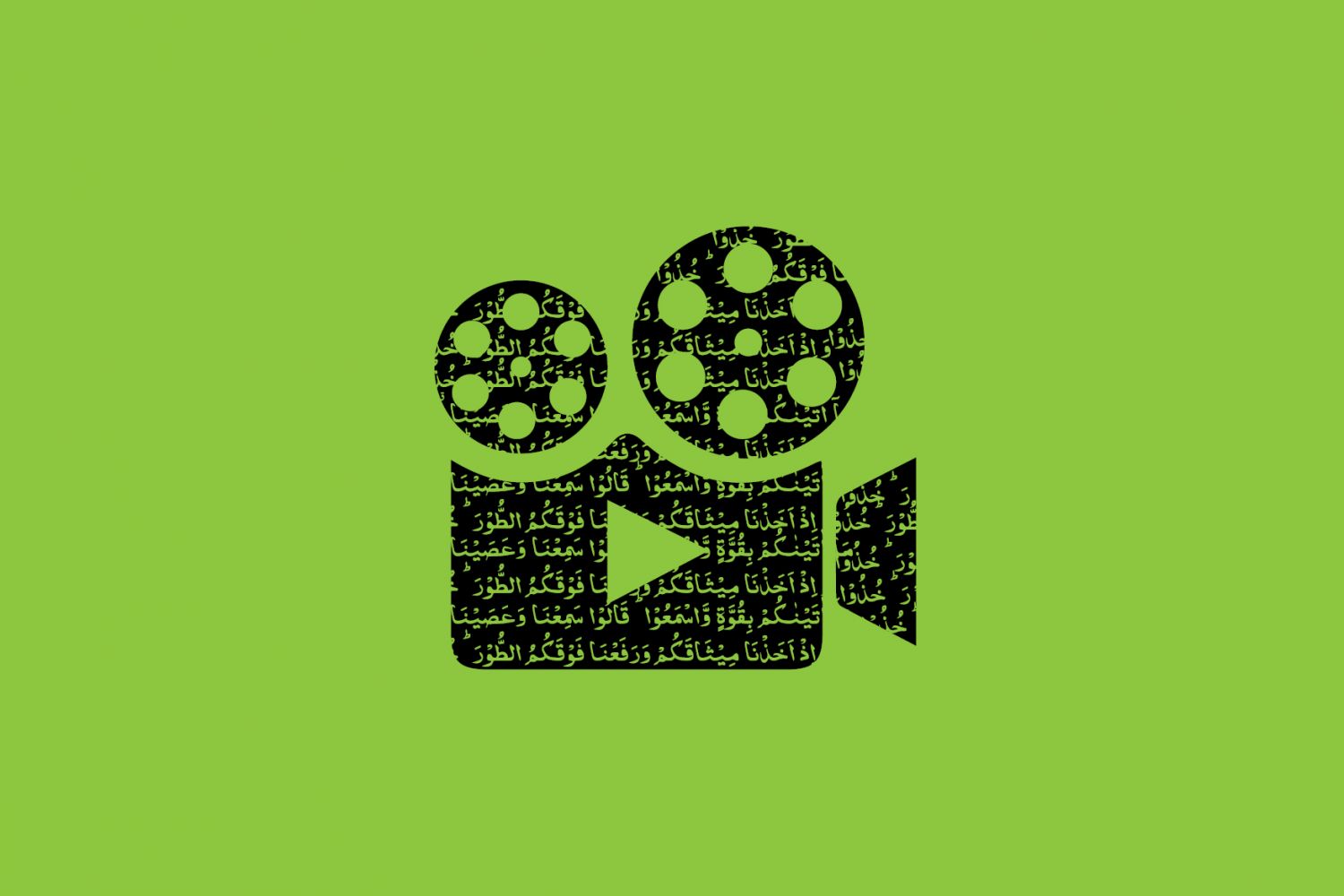 In his workman-like Introduction to Yeh Un Dinoñ Ki Baat Hai, Yasir Abbasi makes the important historical point that despite the systematic marginalisation of Urdu since the formation of the Indian nation, Urdu has survived, even thrived, in the Hindi film industry. While the pieces he has industriously dug up from the archives of Urdu magazine writing on Hindi cinema offer fascinating political and social histories of film journalism in India, the culture of the Hindi film industry and that of the language (Urdu) itself, he not only considers the writing of such histories beyond his abilities, his focus seems only to be the idea of stars and legends (his subtitle is Urdu Memoirs of Cinema Legends). While he pays lip service to the idea of the history of the Urdu film magazine, his focus is really on the stars and their lives.

Important trajectories, from the influence of Parsi theatre on Hindi film which brought so many Urdu writers into film-writing to the common currency of the Nastaleeq script which most people—Hindu, Muslim, Sikh, Christian, Jew—across the board read and wrote in, are sped over, as are the histories of Urdu writers entering film song lyric writing and the writing of dialogues.

Luckily, the pieces themselves present to the readers those histories first hand, often even in the very arguments they make even if those are not the focus of the pieces. Divided into three sections—Khaakey (Pen Portraits), Aap-Beeti (Reminiscences) and Nuqta-e-Nazar (Perspectives)—the book clearly centres around figures and not the object of the Urdu film magazine. The latter is merely the vehicle for these pieces, since most of them were written in Urdu and are not available and accessible to readers today in more ways than one.

The first section ‘Pen Portraits’ opens with the most disturbing and moving account in the book: that of Meena Kumari by Nargis.

The most popular of these magazines Shama, which was first published in 1939, was a mix of literary and filmic writing and according to Abbasi, this is the reason hardly any copies have been preserved: libraries did not preserve them because these magazine were seen as film-focused and therefore, non-literary; film archivists did not preserve them because they were seen as literary. This argument sounds implausible and the lack of preservation might be attributable to a lack of the archiving impulse in India across the board. 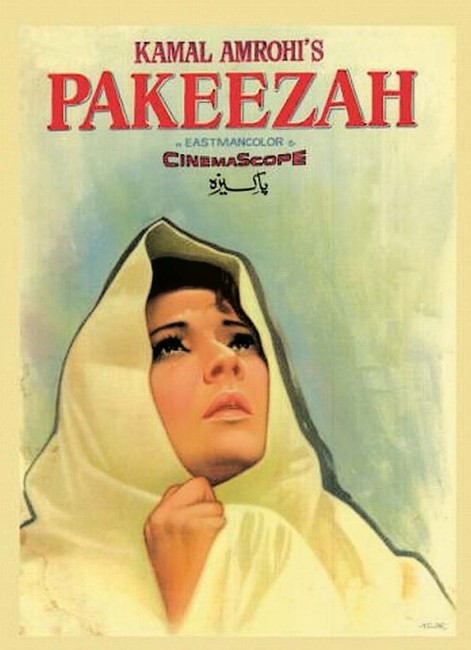 The first section ‘Pen Portraits’ opens with the most disturbing and moving account in the book: that of Meena Kumari by Nargis. The piece introduces the first quality of the writing in the Urdu film magazine, which is that it was often first person narratives or accounts by film folk, themselves very well-known, close to the person being written about. The life of Meena Kumari is shrouded in mystery and tragedy and Nargis brings her to life through quotidian detail and a simultaneously clear-eyed and empathetic perspective. She stays away from the salacious and the sentimental and this is another quality of the writing in these Urdu magazines.

Two further distinguishing qualities of many of the pieces in the book and therefore of the writing in Urdu film magazines are apparent in this piece—the grit beneath the glamour of the film world and a disarming candour (which includes the ability to portray oneself in poor light). This is very far from writing on film and cinema and film stars in any language in India today.

What makes the portrait especially powerful is the gendered account that one woman offers of another. Indeed, though the accounts by the women are fewer—a mere six out of thirty—they are the most interesting, not least because they show the structurally sexist world of the Hindi film industry and of Indian society, particularly the hypocrisies of Muslim society.

While many of the accounts in the first section cover well-worn ground on figures like Ashok and Kishore Kumar or K. Asif and Satyajit Ray, there are others that do give us unique insights into people and what made them—whether it is Rahi Masoon Raza’s loving portrait of Sunil Dutt the man or Ismat Chughtai’s spirited account of how utterly uninterested Suraiya was in singing and acting.

But more than the details of these lives, what emerges from each of these pieces is how the film industry worked and the nature of Urdu film magazine writing. The latter could range from Kaifi Azmi’s high literary account of Sahir Ludhianvi to Naushad’s self-regarding insights into the outrageously over-confident K. Asif. The former comes through the details of how work processes unfolded and this also bears testimony to the range of the Urdu film magazine that none of this detail was considered irrelevant or unimportant. The constant toing and froing between the producer Shapoorji and director K. Asif of Mughal-e-Azam builds several work and life worlds in a few pages.

The second section “Reminiscences” has deeply avoidable pieces by pompous, self-aggrandising likes of Dilip Kumar, Kamal Amrohi, Javed Akhtar and Dharmendra but is saved by searing and saddening accounts by Nadira, Shyama and Meena Shorey; spirited and spunky narratives by Johnny Walker and Ajit and sombre career histories by Talat Mahmood, Shakeel Badayuni and Jaidev.

Once again, from the point of view of Urdu film magazine history, the registers range from the long complaint about the intrusiveness and nastiness of film journalism that Shyama opens her piece with to the candid baring of her soul that follows, which would be unheard of from an actress today in film journalism; from Johnny Walker’s poverty to Ajit’s bumming it in Bombay (indeed a recurrent narrative across the book is of what is known as the “struggle” in Bombay, living in poverty, barely able to survive) to the acknowledgement of the generosity of people which changed lives, both recounted without embarrassment and an open-hearted gratitude and the passing on of goodwill.

In today’s PR-driven drivel that passes off for journalism, there is not even a sliver of the depth, range and disarming honesty available in the covers of these Urdu film magazines.

The final section ‘Perspectives’ is the shortest and the weakest (not least because Urdu film magazines appear to have had many pieces like this, once again showcasing range but it is saved by two stunning pieces by Balraj Sahni and I. S. Johar. That a film magazine could carry a piece of the historical seriousness and rigour of Balraj Sahni’s account of Hindi and Urdu and the politics of the location of the production and consumption of Urdu/Hindi cinema and I. S. Johar’s whacky satire that shows up the shallowness and charlatanry of the Bombay film industry (both published by Shama in the 60s) shows that Abbasi’s argument that the history of the institution of the Urdu film magazine must be recovered is indeed urgent though it deserves to be in more capable hands.

The many rare photographs of the magazine covers and pages reproduced from the magazines, photographs of the editors and the stars reading them, the quite excellent sketches of the stars and writers by Geetika Narang and most of all, the spirited and absorbing accounts themselves (despite the pedestrian nature of the English language into which it is translated, compounded by Abbasi’s poor translational skills, particularly of the poetry), cannot but make one feel nostalgic for an era when film journalism meant something and was so beautiful (a passage from each piece is transliterated from the Urdu into Roman script which gives the reader a flavour of the writing). In today’s PR-driven drivel that passes off for journalism, there is not even a sliver of the depth, range and disarming honesty available in the covers of these Urdu film magazines.

That they tell us so much about the political and historical events of the time (Partition runs like a thread through the book, making the careers of some and breaking those of others, putting a halt to the ease with which the narratives traverse from Lahore to Calcutta to Bombay and back with such ease); that they offer an engagement with the political economy of the film as industry (something unheard of in any film journalism today); and that film journalism once seamlessly combined the private and the public with a fundamental respect for the voice of the artist and the need to be honest make this a rich archive.

That it was in Urdu, a language so brutally gouged out of Indian education and becoming a fainter and fainter trace in the film industry, is important because the Hindi film imagination remains soaked in Urdu and in many ways forms a kind of cultural revenge on the political sanitisation of India from all things Urdu.

Selected and translated by Yasir Abbasi 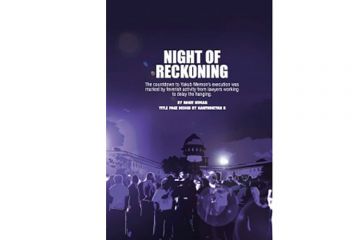 The countdown to Yakub Memon’s execution was marked by feverish activity from lawyers working to delay the hanging. 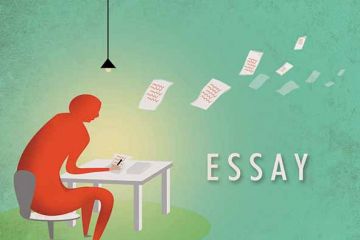 The theatre of Badal Sircar

A new book looks on a legend of Indian theatre, a man who eventually shunned the stage for the theatre of the street, the best place for the political in his art. 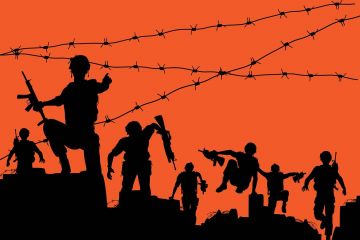 Reflections of a true patriot

A strong leader in love with bold decisions, the unstoppable march of the foot soldiers of the cow, and a resurrection of ancient myths as facts mark the terrific and fantastic times we live in.