In the US, Xi Jinping is a Hemingway fan, in France he loves Moliere, and Dickens at Davos. At home he’s a emote Mao-like cult figure. 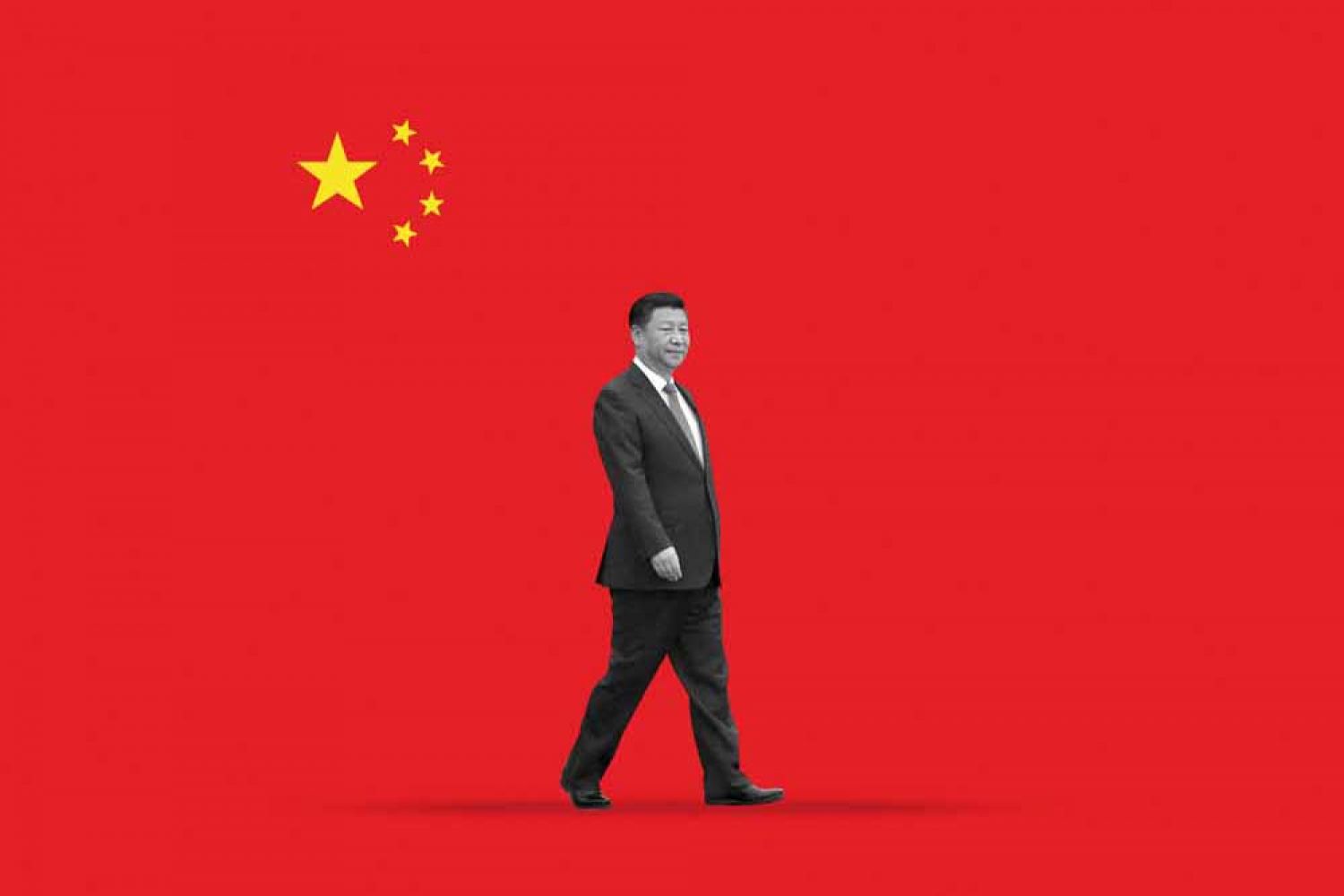 There’s a man named Xi Jinping who lives in Beijing but often travels. When on the road, he talks of his love of foreign novelists and respect for international institutions and accords. When in the USA, he said he was a Hemingway fan. In France, he expressed his regard for Montesquieu, Molière, Montaigne and Maupassant (as well as various local writers whose surnames don’t begin with “M”). He defends the Paris Climate Agreement and, in 2017, he made a good impression at Davos. Sporting the same type of jacket and tie as many male attendees, he quoted Dickens and gave what Reuters described as a “vigorous defence of free trade”. There is another man named Xi Jinping, however, who is different. While he, too, sometimes wears a jacket and tie, he prefers to don military fatigues or put on what Westerners call a “Mao suit”. He is not a globalist and insists that his country’s young people need to be protected from the polluting influence of Western ideas. He dismissed a Hague Court ruling against Beijing regarding the South China Seas islands as an effort to infringe on China’s sovereignty.

He has no patience for international criticism of human-rights abuses in Xinjiang or praise for the Dalai Lama and Hong Kong protesters. He sees these as proof that the foreign powers responsible for what Chinese textbooks call a “century of humiliation”—which lasted from the 1840s until the 1940s and saw the country bullied by the USA and invaded by European and Japanese soldiers—are determined to block China’s rightful rise. In thinking about these two personas, it’s worth remembering that the clout of Xi, the most powerful Chinese leader since Mao Zedong and Deng Xiaoping, derives from two posts. Early in 2013, he became head of state. But he was already China’s most powerful person because he headed something else—the communist party.

He became the Chinese Communist Party’s chief late in 2012, and, domestically, that’s still his most important post. Xi has acquired a long list of additional ones—so many that sinologist Geremie Barmé once quipped, using a term that others would later adopt, that we should call Xi China’s “Chairman of Everything”. One recently added title is “Commander-in-Chief”. Neither of his immediate predecessors, Jiang Zemin and Hu Jintao, were called this— nor were Mao and Deng—but it flags an important thing about Xi: he’s fond of presiding over massive parades of troops and weaponry. Commander-in-Chief is an interesting addition to the CoE’s list of titles, but it’s the two he got earliest that matter most, and each goes with a distinctive persona. There is a head-of-the-country “Statesman Xi” and a head-of-the-party “Chairman Xi”.

Statesman Xi is a scholarly sort, who enjoys pondering texts by classical Chinese philosophers and the writings of Marx and Engels. He’s sometimes joined on international jaunts by Peng Liyuan, his stylish wife, who impressed many with a speech she gave in English at the UN. They are the proud parents of a Harvard-educated daughter. Cosmopolitan, calm and cautious, Statesman Xi chooses his words with care and speaks the language of win-win globalisation. He seems nothing like the crude “my-way-or-the-highway” patriarchal populists whose nationalist tirades come booming out of Manila, Moscow and Mar-a-Lago.

Chinese journalists must now pass a mandatory exam that tests their loyalty to President Xi Jinping, according to a notice from China’s  media regulator that was recently sent to many state-owned news organisations across the country. The government-designed app will test knowledge of “Xi Jinping Thought”. It is made up of five parts, including a section on Xi’s “important thoughts on propaganda”. Journalists must answer 80 out of 100 questions correctly. Those who fail will not be issued a press pass. The test can only be retaken once; failing twice would effectively end a journalist’s career. Journalists have said they are not sure if they would have to take the test each time they renew their press cards, which happens every five to six years.

Statesman Xi also seems to have little in common with Mao, the firebrand founder of the People’s Republic of China. Mao loved to shake things up and pit classes against one another. Statesman Xi calls for social harmony and stability. These are things his predecessor, Hu, also emphasised. Mao lambasted Confucius as a patriarchal feudal figure. Statesman Xi venerates the sage.

Chairman Xi is a very different kind of individual from the person just described. This second Xi is a muscular nationalist who is a lot like members of today’s global crop of strongman leaders. He is also like Chinese strongmen of the past, and calling him “Chairman Xi” brings one of these in particular to mind: Chairman Mao. There is logic to this. Mao was pitiless toward rivals, clung to power until death and was hailed as a great Marxist theorist. His face and a book of his sayings seemed to be everywhere in China half a century ago. After his death in 1976, the party moved to regularise patterns of succession and eschewed personality cults.

Things seemed to have finally moved into an orderly new normal of 10-year cycles by the time we got to Jiang and Hu. Each had a clearly designated heir apparent and handed the baton over after holding power for a decade. Books of their speeches were not published until they stepped down. Their slogans were not treated as holy writ.

Statesman Xi is nothing like Trump, but  Chairman Xi, like Trump, has no tolerance for dissent and views critics as traitors.

Chairman Xi is in many ways a throwback to Mao. He has had the constitution changed so that he can rule indefinitely rather than be limited to two five-year terms as head of state, as Jiang and Hu were. His words are invested with sacred meaning. His face and his books are ubiquitous. He is suspicious of creative work that does not serve the party, as Mao was, and is hostile to critical thinking.

Whereas Statesman Xi is eager to ease his country into the international order and make friends, Chairman Xi is determined to extend Beijing’s reach. He does this indirectly (via international projects designed to make weaker countries dependent) and directly (via putting buildings, including military installations, on atolls that other countries claim are theirs).

Chairman Xi is not interested in claiming just tiny islands in the South China Sea and tightening the screws on a bigger island in the Pearl River Delta (Hong Kong). He also makes statements that suggest he wants to be remembered as the taker of a much bigger island: Taiwan. Chairman Xi wants to Make China Great Again.

It may seem strange to use for Xi a phrase that brings US President Donald Trump to mind, as surely as the term “Chairman” conjures up Mao’s ghost. Here again, though, there’s a logic. Statesman Xi is nothing like Trump, but the same cannot be said of Chairman Xi. Like Trump, he has no tolerance for dissent and views critics as traitors. In spite of trade war tensions and White House criticism of China, Chairman Xi seems at times to be living Trump’s dream. Trump’s fantasy USA would be one in which people never saw newspaper stories or television broadcasts that criticised or mocked the leader.

There may be no one person Xi is entirely like, but there is one person he is determined to not be like, former Soviet leader Mikhail Gorbachev.

Chairman Xi’s actual China is one in which the Great Firewall keeps negative coverage of Xi hidden. It’s easy to list things that make the composite Xi both like and unlike Trump, Russian President Vladimir Putin and President Rodrigo Duterte of the Philippines, as well as both like and unlike Mao and Hu. He also has things in common with, but is in some ways different from, China’s pre-1912 emperors. And he is in some ways most like, though also in some ways quite unlike, Chiang Kai-shek, the Nationalist Party leader who was Mao’s great rival—sometimes called “President” and sometimes “Generalissimo”. Chiang, like Xi, had a stylish wife who impressed Americans with an English language speech (in her case before Congress) and celebrated Confucian values. He was, like Xi, a muscular nationalist with little patience for dissent. But Chiang despised Marx, while Xi claims his theories are just an improved form of Marxism. In Chiang’s time, China was weak; in Xi’s time, it is strong.

One thing we can say about Xi is that he is definitely a strongman leader, even if he does not go in for the crude displays of machismo that figures such as Putin engage in. There are, however, more urbane sorts of tough autocrats. Hungary’s prime minister, Viktor Orbán—the college activist and law student turned diehard enemy of the Central European University—comes to mind. One can be both an intellectual of sorts and intensely anti-intellectual. And it’s worth keeping in mind the way Kam Louie, a leading theorist of Chinese gender, treats machismo in China, linking it to wen and wu strands of masculinity. Wen traits are associated with “cultural attainment”; wu ones with “martial valour”. Mao, despite his tirades against the intelligentsia, prided himself on writing poetry to show his wen side, and he boasted of his battlefield accomplishments to show his wu side. Similarly, Xi peppers his speeches with nods to literature but likes to be filmed on battleships and sometimes speaks in martial tones, as he recently did in Delhi, about those who try to divide China being certain to be “crushed”.

How well the strongman label fits Xi showed through in a private speech, which was later leaked, in early 2013. In it, he expressed a view of the final leader of the Soviet Union with which Orbán and Putin would likely agree. He claimed that Moscow’s communists lost an empire and allowed their country to spiral downwards because no one there was “man enough” to deal firmly with the situation.

There may be no one person Xi is entirely like, but he has made it clear that there is one person he is determined to not be like. This man, who many in the West admire for his flexibility but Xi views as a weakling to be despised, is former Soviet leader Mikhail Gorbachev.

This article was first published in the 2019 winter edition of Index on Censorship magazine. Index on Censorship is a quarterly magazine covering international freedom of expression issues. To subscribe, visit: https://www.indexoncensorship.org/subscribe 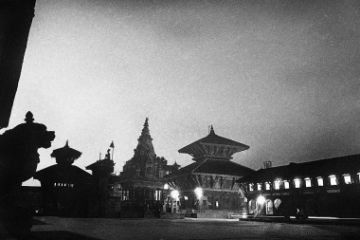 The perpetual making and remaking of Nepal’s city of Bhaktapur. 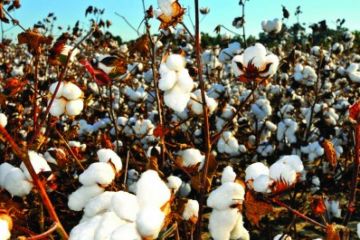 The genetically modified crop that promised the moon to the farmers has failed to deliver. Over the years, yields have fallen and farmer suicides have risen. 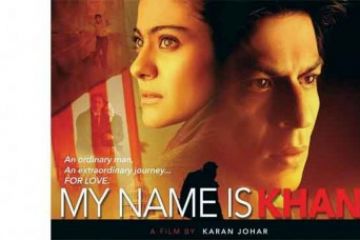 To Bollywood, with love

Hindi films have always been popular in Pakistan. Even when they were banned, a flourishing undergound market ensured people were not deprived of their cinema.