In El Salvador, abortion is illegal under any circumstance, even rape or extreme health complications. It’s made many women too scared to seek medical help. 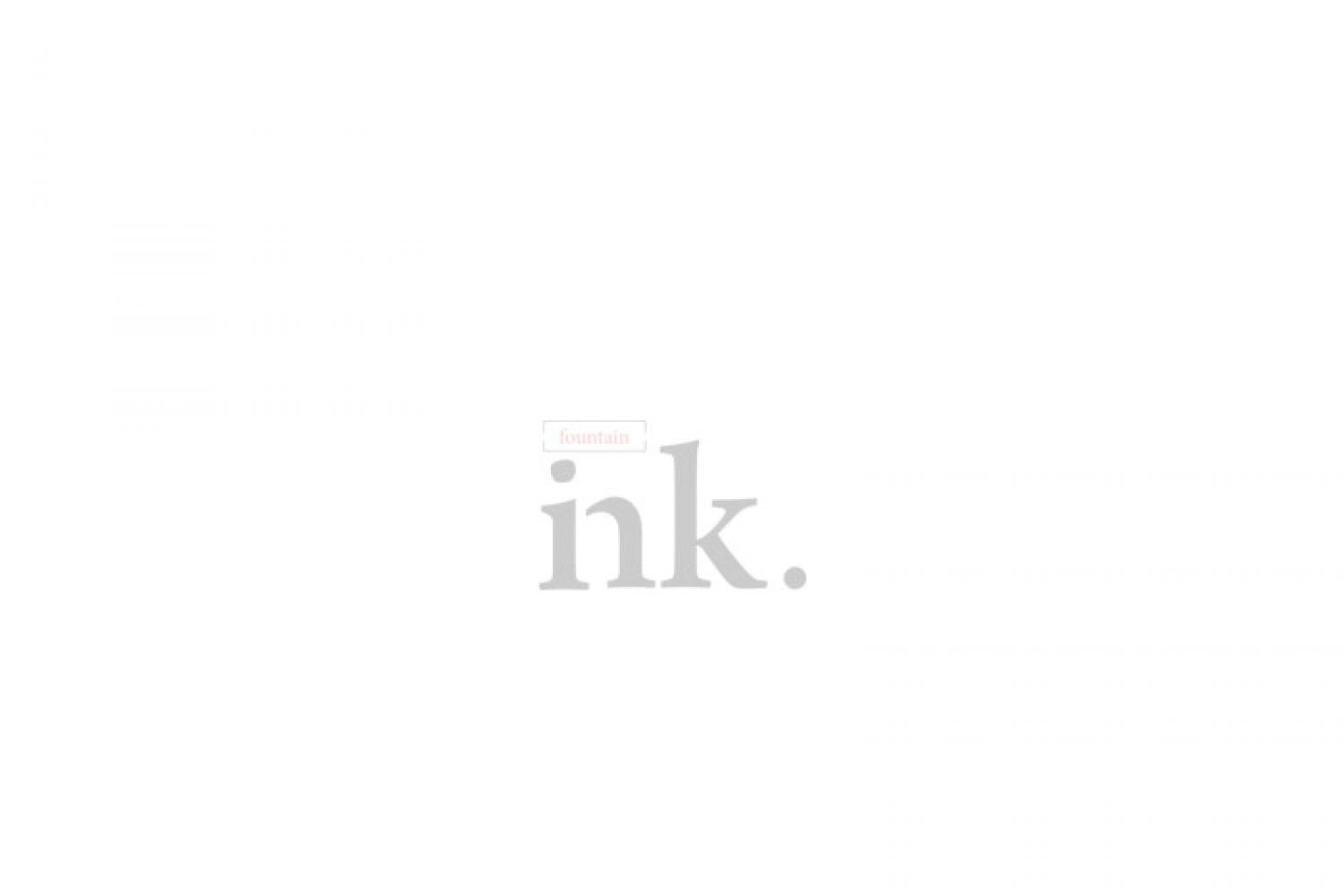 Cristina Quintanilla was seven months pregnant when she felt a stabbing pain in her abdomen. She rushed to the bathroom and lost consciousness. When she woke up in hospital a few hours later, she was drowsy, in pain, and had no idea why police officers were stationed next to the bed.

“They started asking me personal questions and after a few minutes told me I was under arrest for killing my baby. That’s how I found out that I was no longer pregnant, that my baby had died,” said Quintanilla, now aged 29.

In El Salvador, abortion is illegal in all circumstances. The draconian law, which was passed in 1998 without any public consultation, allows no exceptions. Abortion is illegal even for women who have been raped, whose health or life is at risk or who are carrying a foetus that is seriously deformed. In Quintanilla’s case, she had suffered a spontaneous obstetric complication, which led to a stillbirth, but she was still accused of intentionally failing to save the baby and charged with manslaughter. As she lay in hospital, frightened and alone, she was not allowed to talk to family, and she had no access to a lawyer.

This criminalisation of abortion has endangered the well-being of thousands of women and girls, according to the Salvadoran Citizens’ Group for the Decriminalization of Abortion. They say this is in part because many are now too scared to seek medical help or even talk about problems during pregnancy in case they are later accused of harming the baby.

Between 2000 and 2014, more than 250 women were reported to the police. Research by the Citizens’ Group says some 147 were prosecuted and 49 convicted—26 for murder with sentences up to 50 years, and 23 for abortion. The vast majority of women were young, poor and single, and reported to police by public health hospitals.

El Salvador also has the highest teenage pregnancy rate in Latin America, accounting for 32 per cent of all births, according to ministry of health figures. Amnesty International found deep-rooted taboos relating to young people and sex, which mean that pregnant teenagers are often treated abysmally by their communities and health services. Add to this an alarming rate of sexual violence against girls–two thirds of rape victims are under 15 years old, according to official police figures–and you have a toxic mix of discriminatory policies and attitudes which leave girls with few options. Suicide accounts for almost 60 per cent of deaths of pregnant girls aged 10 to 19, according to official figures.

“Those who do not wish to continue with a pregnancy–regardless of whether their health or life is at risk or they are victims of rape–have to make horrendous decisions often alone as there is so little support and they are often too fearful to talk openly about such a taboo issue as they risk being reported to the police if they confide in the wrong person,” said Esther Major, reproductive rights expert at Amnesty International.

The stigma heaped upon poor, young women is clear. In 2005, Quintanilla was convicted of aggravated murder (the judge unilaterally decided to elevate the charge during the hearing), based on flimsy evidence. She was sentenced to 30 years in jail.

“The prosecutor claimed I had not sought medical help because I was poor, unmarried and didn’t want the baby,” she said. “The judge convicted me even though the autopsy couldn’t determine the cause of death. They had decided I was guilty and didn’t care about the evidence.”

There are currently 16 women serving long sentences, with their only hope of early release being a parliamentary pardon because every other legal avenue has been exhausted. Guadalupe Vásquez, 25, who was sentenced to 30 years for abortion in 2008 after suffering a miscarriage, was released in February 2015–becoming the first of a group known as The 17 to be pardoned.

Yet any relaxation of the law seems inconceivable at present. El Salvador’s penal code—and the constitution—was reformed after a campaign by the Catholic church and anti-choice groups. A change would need the kind of cross-party support that simply does not exist. There is no groundswell of public opinion demanding reform, as the issue is rarely mentioned in the mainstream media unless it is to report a new criminal case. Reports are largely unsympathetic to the women concerned. Only newer community radio and online outlets have a more balanced approach to reporting that recognises women’s reproductive rights as human rights.

In 2013, people did come out on the street in support of Beatriz—a young woman suffering from the autoimmune disease lupus, who was pregnant with a seriously deformed foetus. Even though doctors recommended an abortion, the supreme court and government refused to approve the procedure. A relentless high-profile campaign by church leaders and anti-choice activists included a publicity drive which saw them taking out full-page adverts promising Beatriz financial support to raise the child.

Doctors maintained that Beatriz’s life was in jeopardy and the foetus had no chance of survival. Hundreds of people took to the streets in support of Beatriz’s right to life, but the conservative mainstream media rarely covered the protests. Amid growing international condemnation, doctors were eventually allowed to induce labour at 27 weeks; the baby died within hours.

Since Beatriz’s case, lawyers and activists defending reproductive rights have been subject to hate campaigns, threats and intimidation as part of a worrying trend targeting the defenders of sexual and reproductive rights across the region. The oppression intensified further when the campaign to pardon The 17 jailed women was launched last year, according to Sara Garcia, a feminist activist from the Citizen’s Group.

Garcia told Index: “This misogynist law promotes a hostile environment ... we’ve suffered threats of criminalisation, thefts of information, as well as smear campaigns and defamation in the printed media and on social networks. It makes us feel unsafe and scared of imprisonment.

“We work to strengthen democracy in El Salvador by promoting plurality of thought, yet the stigma generated around what we do by fundamentalist groups means we are treated as apologists for criminality rather than human rights defenders. We keep going because we know that we’re not alone…there are social and feminist organisations at national and international level that agree and sympathise with our struggle.”

Quintanilla found herself an outcast when she was finally released from prison in 2009, after a successful legal battle downgraded the charge to abortion, and after she had served four years. While in prison, she had studied for her high-school certificate, taken courses in law and qualified as an aerobics teacher, but she couldn’t get a job on release. She felt she was ostracised because of the ignominy associated with abortion. She said: “Every newspaper reported my court case but not one wrote about my release, not one journalist came to the press conference where I wanted to explain the injustice I’d suffered. In El Salvador the church is very influential, and many people believe abortion is a sin and women’s lives don’t matter.”

Left with few options, in 2014, Quintanilla made the perilous journey through Mexico to the USA as an undocumented migrant. In Georgia, she recently had a baby with her new partner and was “amazed” that her obstetrician openly discussed potential complications and options, including termination, during prenatal checks. “That would never happen in El Salvador,” she said.

For Quintanilla, the law won’t change until attitudes do. “It’s such a delicate topic even among women and friends that it is too taboo to talk about openly,” she said. “The only way to change this is to talk about reproductive rights and sexual health in schools with children from an early age.” 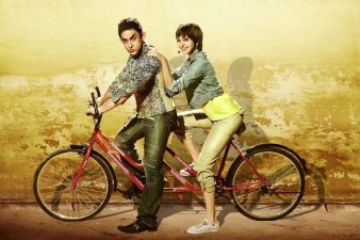 Rajkumar Hirani’s PK has crossed the Rs.600 crore mark at the box office, exposing how a reformist social agenda can create ripples in a so-called liberal society. 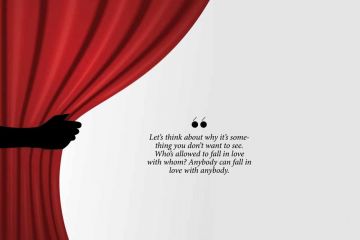 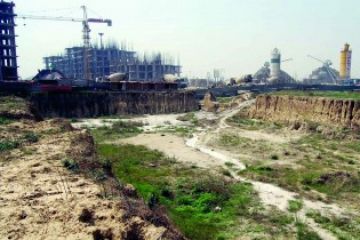