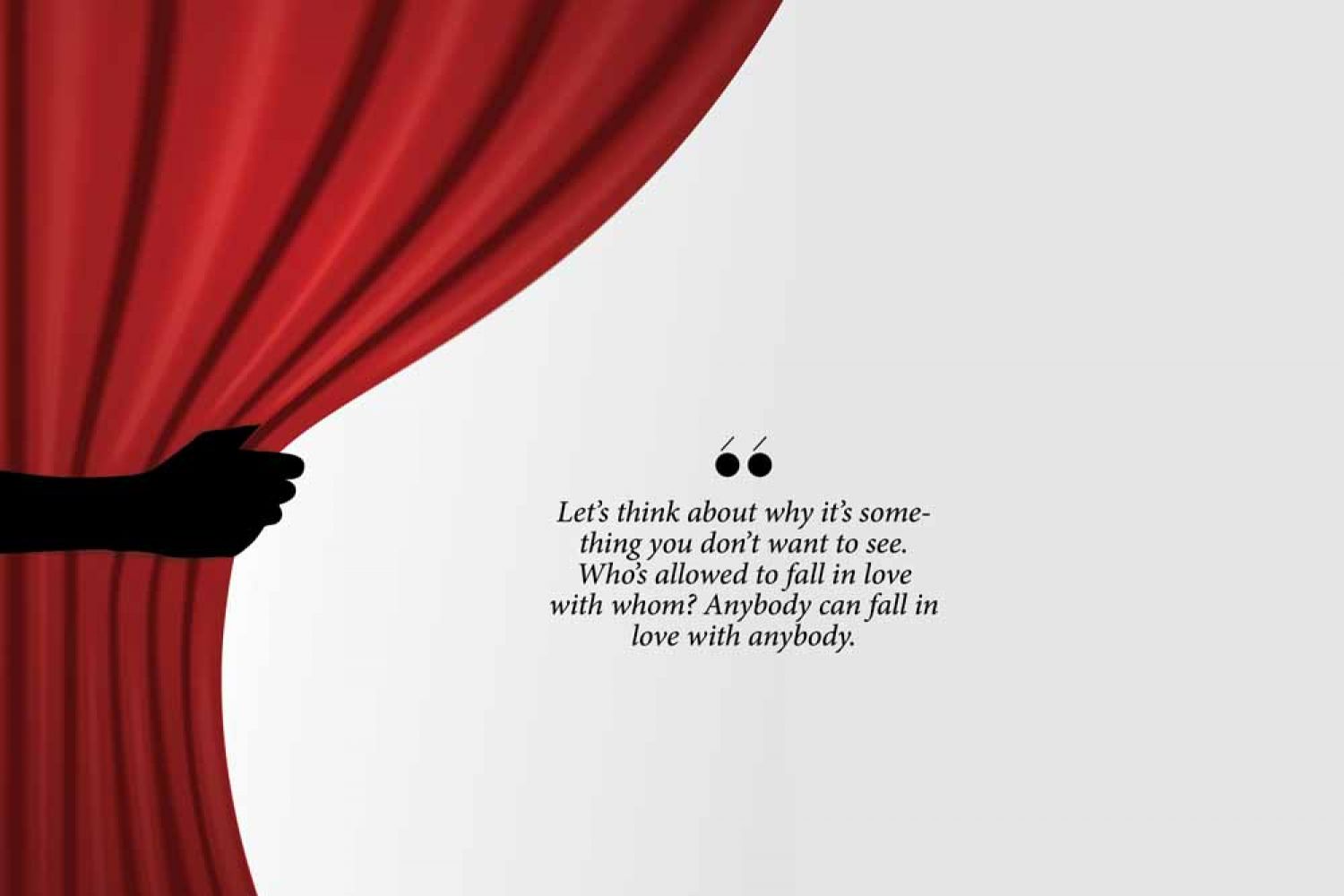 When the Pilgrim Fathers arrived in the American colonies, theatre was a dirty word. Puritan thinking forbade such abomination. While Shakespeare’s written work garnered respect from Americans over the years, public performance often remained contentious and still does to this day.

“The plays were safe in themselves—the subversion would come through performance choices to convey subversive messages,” said Gail Kern Paster, director emerita of the Folger Shakespeare Library in Washing-ton DC and editor of Shakespeare Quarterly, a scholarly journal devoted to Shakespeare.

“It’s one thing to read about a black moor [Othello] killing his white wife but another thing to see it on stage— it was considered appalling in 19th century America. The role of Othello couldn’t be performed by a black actor until after World War II. So Paul Robeson could play the role in London, but not in the USA. “Drama is potentially a dangerous instrument. Shakespeare is telling us about our secret self and that’s what people are afraid of.

“In a way we can step back from the idea of censorship and look at it as social expression and the way the plays challenged us then, now and will do forever. Theatres put ideas out into the world and don’t tell you what to do with them but make you think—which can upset the authorities.” Sometimes, said Paster, the upset comes from the audience itself. A production of As You Like It at Folger Theatre cast a female actor in the role of Touchstone. In the play, Touchstone falls for Audrey the Goat Girl and they kiss. At an audience question-and-answer session with the cast afterwards, a girl stood up and said the kiss had made her uncomfortable.

“It was really a teaching moment because theatre is not supposed to just comfort you but also to challenge you,” said Paster. “Let’s think about why it’s something you don’t want to see. Who’s allowed to fall in love with whom? Anybody can fall in love with anybody. Yes, some parents and schools and audiences get very upset but that’s the function of Shakespeare’s plays—to make us think as well as to entertain us.” Dramatic representation can be more than dangerous. It can be potentially deadly, said Paster. Shakespeare contemporary Christopher Marlowe’s Tamburlaine was staged in New York by the Theatre for a New Audience at Brooklyn’s Polonsky Shakespeare Centre in the autumn of 2014 with black actor John Douglas Thompson in the title role. In the play Tamburlaine burns a copy of the Koran on stage.

“Of course, this was considered to be subversive, dangerous and provocative even when it was first performed in London in 1587 and just as much so now,” said Paster. “Marlowe was actually writing about atheism, not Islam. We had the scholar advisory council there and I suggested we needed to get out ahead of it and start a dialogue with the local Muslim community, which we did and there were no protests when it was performed. [The play’s run was actually extended.]

“But it is dangerous. We are in a cultural moment where this sort of thing can get you killed. Just because it’s a fictional representation, it doesn’t mean you’re protected—you’ve only got to think of those dead cartoonists at Charlie Hebdo to know that.

“Like Marlowe’s, many of Shakespeare’s plays push our cultural buttons—think of Shylock’s lines—‘Hath not a Jew eyes’ ... ‘Do we not revenge’?”

Sherri Young, director of the San Francisco-based African-American Shakespeare Company, understands why the plays can be contentious. “We staged Romeo and Juliet and wanted to attract a younger audience, so we cast 14 and 15- year-olds. It was risky because of the sexuality and the reference to teen suicide but we talked about the process with the actors and their parents and it was a wonderful experience.

“It makes the adults nervous but the fact is that teens are being sexualised at a very young age these days, and there is a problem with teen suicide. So, while I can understand why some communities have banned Romeo and Juliet, I think that’s what is dangerous—a lot of kids think they are alone and don’t talk about these things and it’s perhaps better to open the conversation.”

Their productions are also a platform for environmental issues—they set The Tempest on an island of trash, a makeshift stage of garbage and plastic. Young founded the company in 1994 to give African-American actors the opportu-nity to be “part of the conversation” about Shakespeare which she felt they been excluded from. Not everyone thought it was such a good idea, with opposition coming from both the black and white communities.

“I got some messages from the African-American community in the beginning, very upset and saying we needed to be doing the work of black, not white, playwrights, but as performers we should be able to do whatever we want to. We had mail from the white community in the Bay Area who were frightened as well—someone actually came up to us and said: ‘You do know that Shakespeare’s not black?’ Shakespeare is always challenging our attitudes and beliefs—it really makes you think about the nature of the human condition, and you gain new insights all the time—I sometimes root for Richard III now!”

Much of the censoring of Shakespeare and other plays comes from school boards, and in an arena where student actors and young community audiences are the future professional performers and patrons of theatre. This is a concern for many. Sarah Hoffman, youth free expression manager at the National Coalition Against Censorship, said their tool kit for schools—The Show Must Go On—is one of their most downloaded items. “We launched it in 2014 to provide students with the resources to navigate tensions in their schools and communities and lead the fight for artistic freedom,” said Hoffman. Although there are no known cases so far of it being used to fight Shakespeare censorship specifically, students have won other battles.

A scene from a production of Romeo and Juliet, directed by Troy Dwyer at the Muhlenberg College in Allentown, Pennsylvania.  Photo: Ken Ek

“At Cherokee Trails High School in Colorado a student-written production, Evolution, about the evolution of love, included a kiss between two students of the same gender and a monologue about transsexuality. An administrator felt the topics were ‘uncomfortable’ and that the community was not ready to confront them. After the students spoke out, the administration changed course and allowed the play to go on,” said Hoffman.

A production of Monty Python-inspired musical Spamalot at South Williamsport Junior-Senior High School in Pennsylvania, was not so lucky. In 2014 the production was cancelled after the principal expressed concerns about homosexual themes. The play was not reinstated.

Hoffman said there seemed to be no pattern of which states censored the most: “Attempts at censorship happen everywhere, and over many different topics— sex, lesbian, gay, bisexual and transgender themes, offensive language, violence, religious viewpoints. Though we see many challenges from states like North Carolina, Texas and Florida, we can’t assume that the most objections happen there.

“It may just be that they are most frequently reported there. There are even challenges in more liberal states like California, New York and New Jersey”

The sheer amount of censorship, especially in schools, is something that startled Howard Sherman, director of the arts integrity initiative at the drama department at The New School in New York, who became a full-time theatre advocate after being bombarded with calls for advice.

Westman, Bree Ogal-dez and Jakeim Hart play Romeo, Juliet and Paris respectively, in a performance of Romeo and Juliet, at the Muhlenberg College in Pennsylvania. PHOTO: Ken Ek

“I wasn’t surprised that there was censorship—but I was surprised at the wide range of why people censor things, where the impulse comes from and the ways in which censorship is threatening,” he said.

“One teacher told me she couldn’t do A Midsummer Night’s Dream because it’s too sexual. Romeo and Juliet has also caused problems but do you shy away from it, or use it as a platform to open up more discussion and contextualise it?

“Of course there is a desire by students to do shows like Rent that may be challenged, but is a play as gentle as Almost Maine being challenged? Is this the slippery slope? One school banned a production of [1950s musical comedy] Once Upon a Mattress—I have no idea why—perhaps the word mattress alluded to bed?

“The question is, whether to fight or not? I feel it’s better to get the work out there and face scrutiny rather than allow it to be silenced or altered just to make it palatable—aside from recognising that teenagers are a lot smarter than many teachers and educators acknowledge. It’s important. If we are only teaching that theatre is bland entertainment and not recognising its value for students, then you are saying we can always alter the world to make it a blander, safer, duller place. “The broader question is that if there is no push back against the censors, the message is that censorship works and that’s very dangerous beyond the world of entertainment. “I do think the desire to control the conversation in schools and colleges will get worse before it gets better. We are a decade or two away from the schools being run by the young people of today, for whom some of these topics will be less of an issue. Until that day, we have to keep up the fight,” said Sherman.

This article is from the Spring edition of Index on Censorship magazine, the only global magazine covering free expression. www.exacteditions.com/indexoncensorship 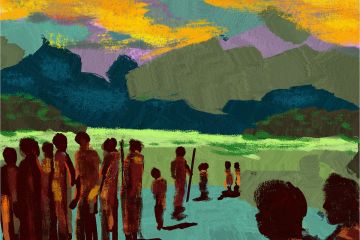 A register most flawed

The foreigner debate in Assam is devoid of reason, with unreliable data, a tie-up with Ahom history that is more fiction than reality leading to an exercise that divides rather than clarifies.

An arresting riff on the irony of justice

Chaitanya Tamhane’s Court will not break box office records but it is a poised, witty and thought-provoking reflection on justice as it a 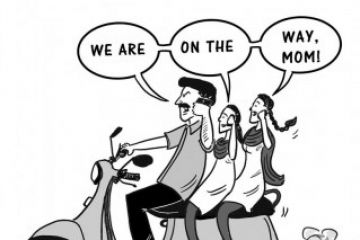 The migration of Malabar Muslims to the Middle East has brought them in close contact with a rigid, and conservative version of Islam.