He finds the world in a piece of wood. Wood is his canvas, crude tools like cutters  and chippers, his paintbrush.  His art is exquisite. Mahboob Ali, 62, is one Lahore’s foremost chroniclers. He has used the cutters, the chippers and crafted the city he lives in with love. His woodcut paintings, over the past forty years, have captured the sights and sounds of Lahore: the life in its old mohallahs; its kite market; its paper market. Woodcut paintings require dedication. The wood has to gouged out, lines etched, shapes conjured, colours poured, before the print is taken. He says even the most basic of paintings, with just a splash of colour, may take up to three months to make. His painting of Lahore’s famous Charburji or the four towers, which is a riot of colours and kites, took him more than 13 months to make.

Woodcut technique is an old one, developed by the Chinese in 600 AD. The Japanese mastered it, as did the Germans later. Ali, is the only artist of his kind in Pakistan, and has over the decades introduced new elements in the craft, especially his use of colours and shades. The following pages show Lahore through his works. 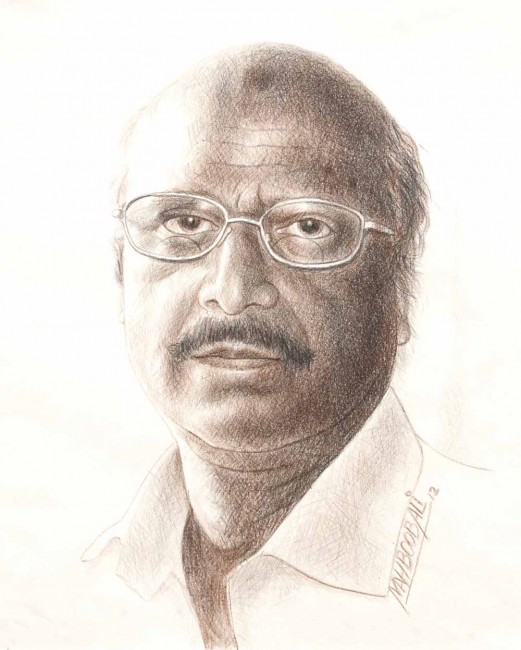 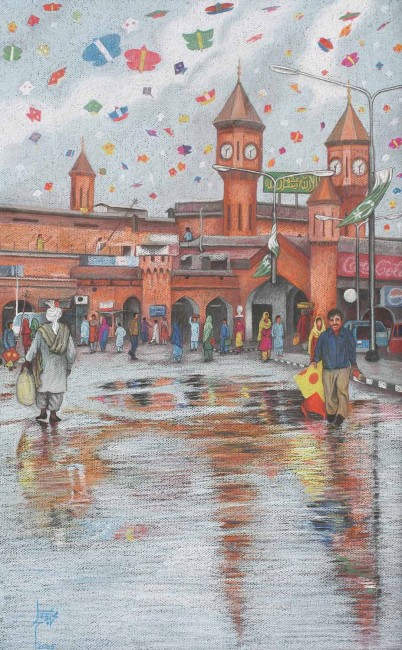 Lahore Railway Station: It was  built by the British between 1859-1860 at the cost of half a million rupees. It is typical of the grand British architecture in South Asia during the Raj period. 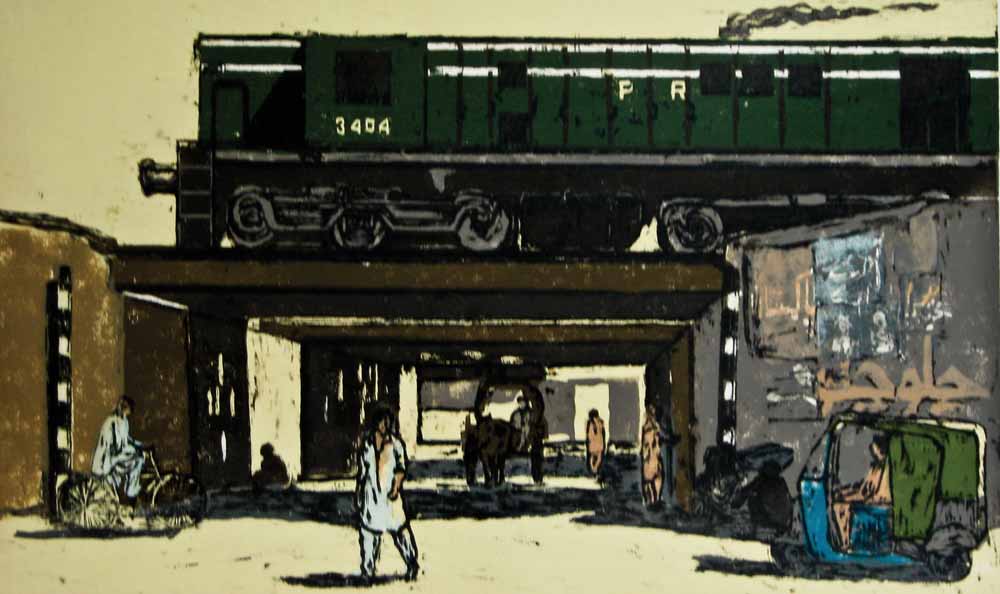 Ik Moria Pul: Situated in the walled city near the railway station, this bridge is on the route to Peshawar. 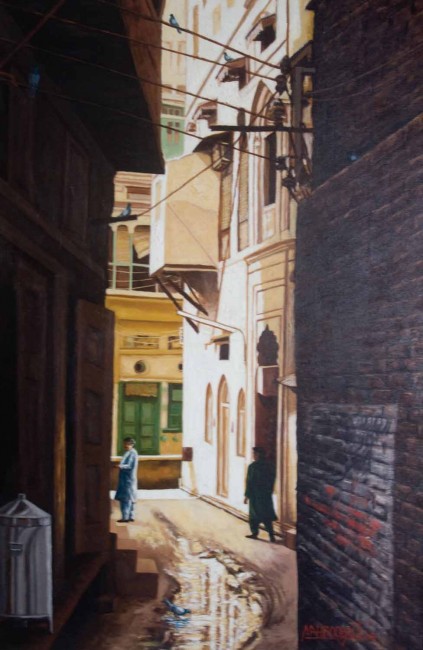 Bazar Hakima, the place where hakims/vaids lived and practised. There is an old haveli here, with huge gates to accommodate elephants of nawabs.

Mochi Gate bazar.  Named after Pandit Moti Ram, a guard in emperor Akbar’s time, who used to watch over the gate. Some historians say ‘Mochi’ is from from the Urdu ‘Morchi’ or ‘Trench Soldier’. Famous for Kite making. 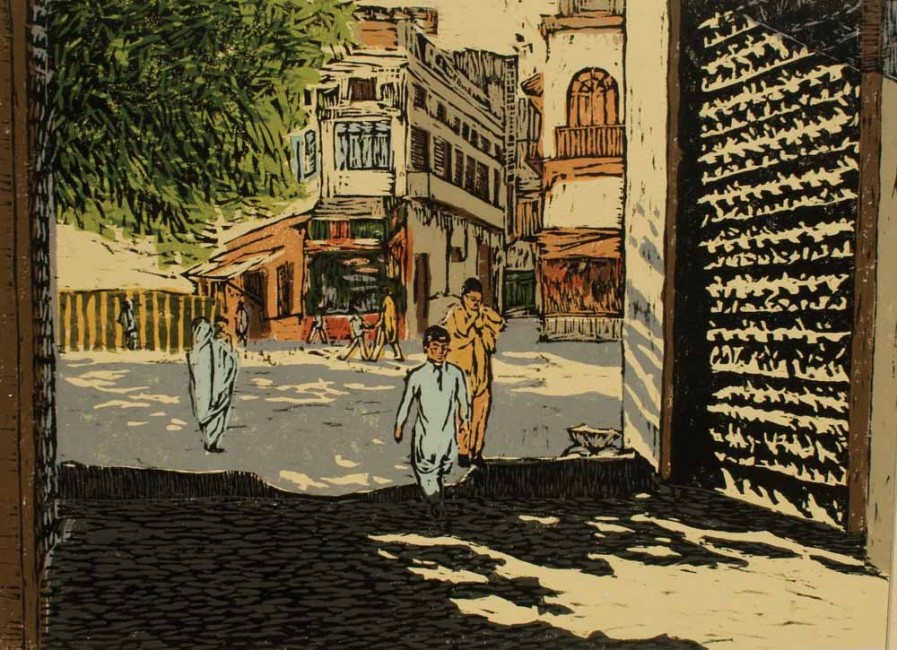 Roshani Gate or the gate of Lights.  Entrance to Hazuri Bagh and Badshahi Masjid, the gate was one of the main entrances into the city. In the evenings, it was lit up, hence its name. It is the only gate in old Lahore that is in good condition and retains its original looks. The Roshnai Gate is one of the thirteen gates within the Walled City of Lahore. 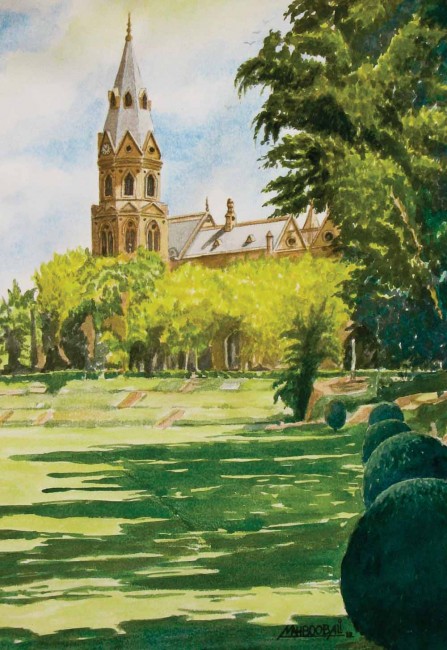 Government College Lahore or simply GCU, is synonymous with Lahore.  It is among the first educational institutions established in the Punjab in 1876. 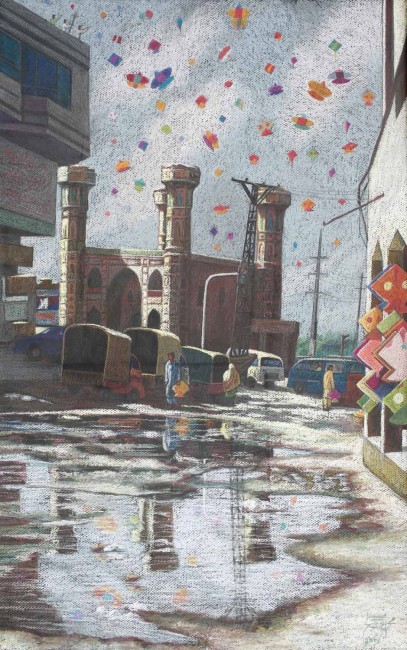 Chauburji or the four towers is one of the most famous monuments among the structures and buildings of the Mughal era in Lahore. On the road that led southwards to Multan, the Chauburji gateway is the remains of an extensive garden known to have existed in Mughal times. 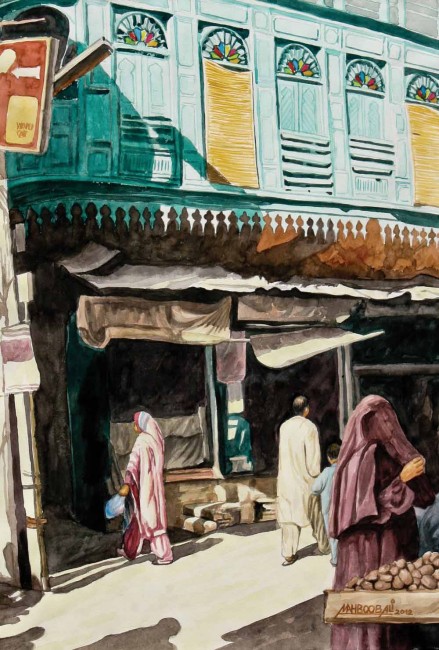 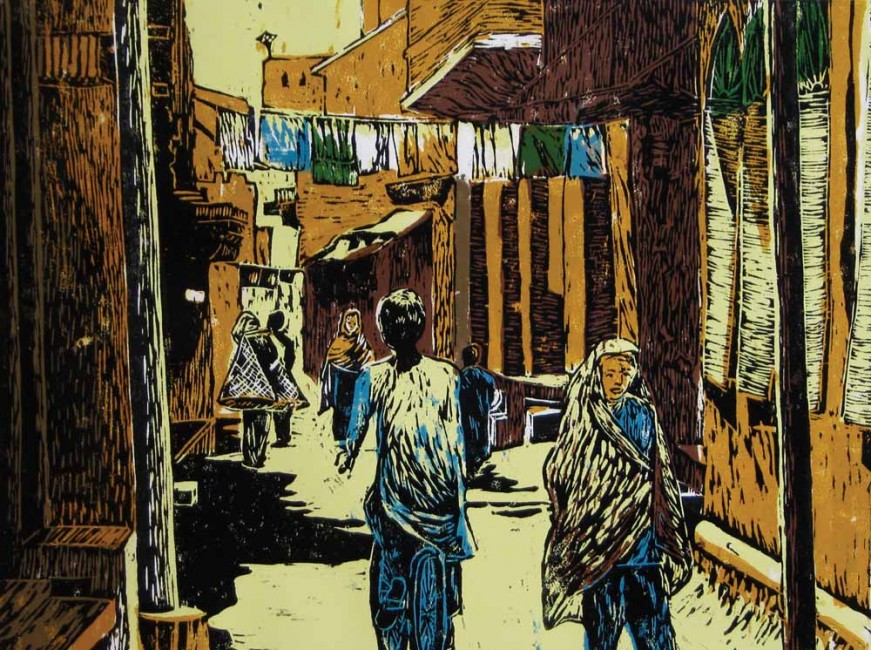 Nlohallah Chari Nlaran, famous as the haunt of bird sellers. 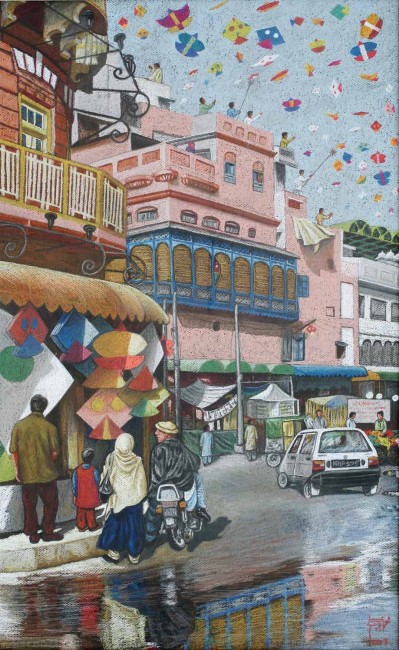 Anarkali bazaar: A famous market in Lahore, it is said to be one of the oldest surviving markets in South Asia, dating back at least 200 years. The market derives its name from a nearby mausoleum thought to be that of the slave girl Anarkali, buried alive by Mughal emperor Akbar for having a relationship with his son, Prince Salim, who later became emperor Jahangir. 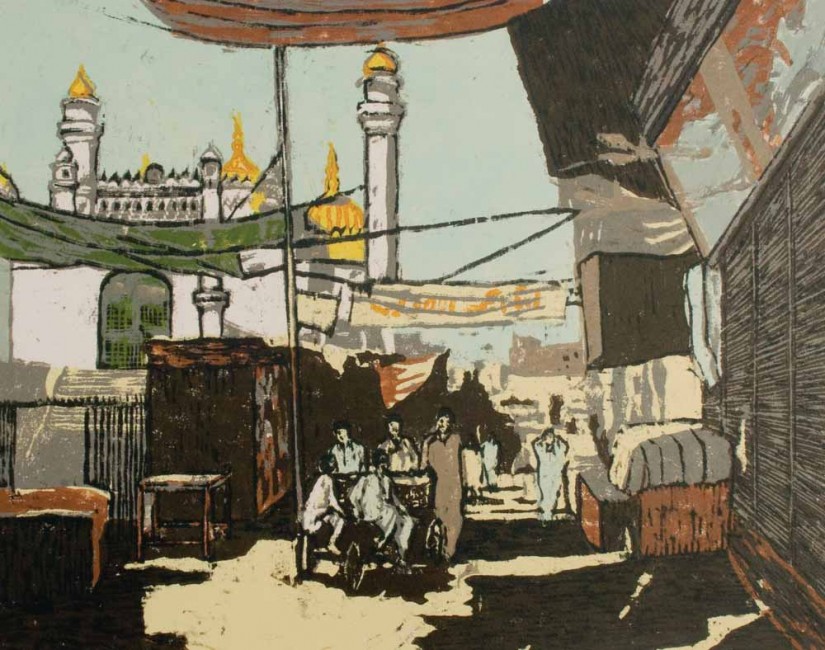 Sonari Masjid, or the mosque with the golden dome. 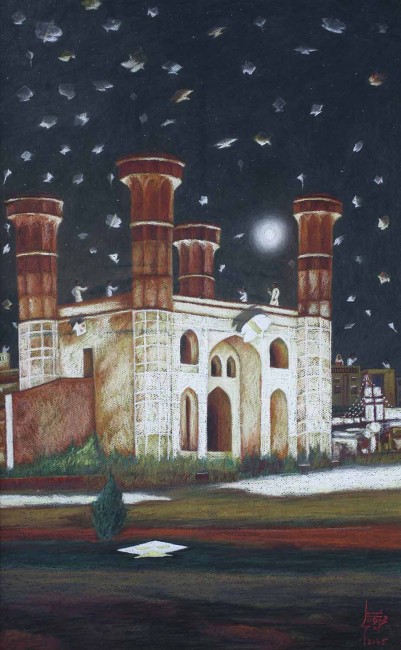 Chauburji during the ‘Night Basant Festival’ in Lahore. This painting was presented to Prime Minister Manmohan Singh by the peace delegation from Pakistan two years ago. 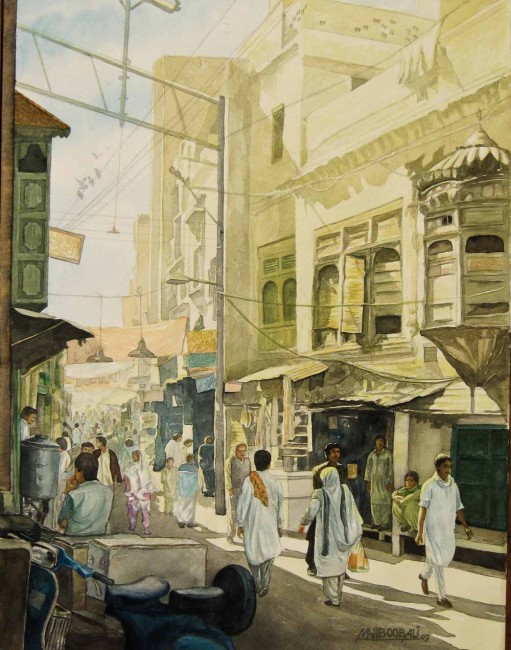 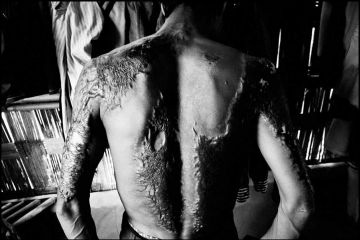 People in search of homelands in the northeast.