Shilabati, 9, is named after the river flowing by her village Chachanpur, in West Bengal’s Bankura district. The village has long had a school, the  present one being a four-room all-weather structure. But it still has only one teacher. The state government couldn’t recruit a single teacher in the last seven years. So, one elderly man plays hide-and-seek with his 80-odd students at Chachanpur Primary School. If he is sick, or goes on an errand, Shilabati and her schoolmates go to the river to play.

In 2007, India took an initiative to encourage poor children into classrooms. The government extended the midday meal project—free lunch at school—to learners up to the age of 14. It also made school education free. By 2016, 96.5 per cent of children were enrolled.

The enrollment boom didn’t lead to better learning. In their book An Uncertain Glory, Jean Dreze and Amartya Sen show that in reading and writing, knowledge of science and mathematical aptitude 15-year old Indian students are among the bottom three in a survey of 74 economies. The authors conclude that a child gets just 25 per cent of allotted school days—one in four of the lessons actually intended for a year.

But there are individuals who have the fortitude to overcome the greatest odds, becoming institutions unto themselves. Shilabati is fortunate to have Reba Murmu who started a school that runs parallel to the government school. Shilabati goes to both. Everything is free, including breakfast and dinner.

When Swapan Maharaj reached Chirakuthi village in Jangalmahal he was disturbed at the state of the Lodha Shabars tribals, notified as a criminal tribe by the British. Seventy years after they left Lodha Shabar still live off the forest’s waste, and death from starvation is a sort of norm. Swapan Maharaj went from village to village asking for help to set up his schools. Now four schools run in Jangalmahal where about 200 Lodha Shabar boys and girls are getting their lessons. Everything is free.

Prafulla Nayak was caretaker of the Kanchinda Forest Rest House inside Simlipal forest, Odisha, where nobody came. The state government decided to declare it abandoned on the day he retired. Prafulla Nayak, with the small terminal benefit he was paid, got the rest house repaired and requested the government to allow him to run a school. It agreed and Prafulla Nayak set out in search of students deeper into the tiger reserve, among the Kol and Munda kids. In no time he returned with 80-odd boys and girls who got a new home. And people who never cared to visit a dilapidated forest rest house now come frequently—to salute Prafulla Nayak and his school. 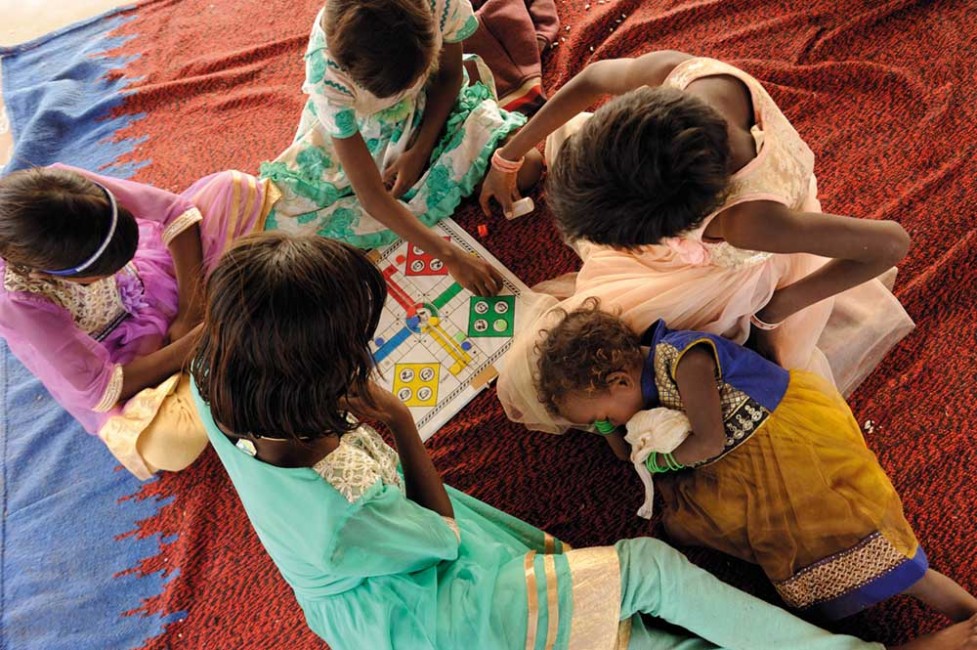 Mani, 4, comes to Swapan Maharaj’s school in Chirakuthi village school daily with her elder sister Rani as there is no one at home to look after her. Rani, 13, is the brightest in her class with a flair for making friends. The entire class is protective of Mani. 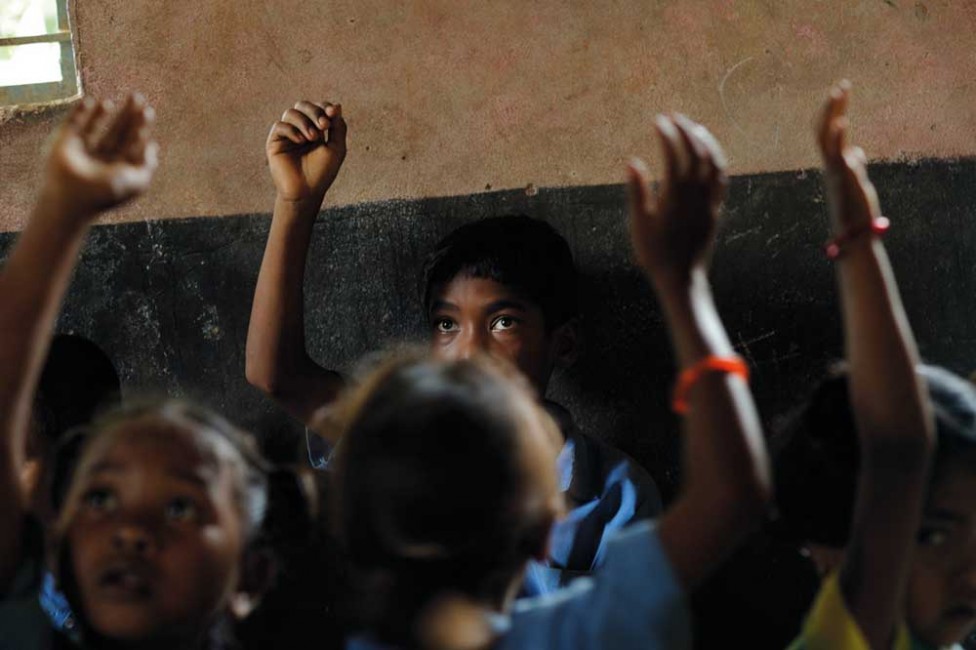 In the forested land of Jangalmahal, West Bengal, this boy from the Lodha Shabar tribe raises his hand to answer a question. 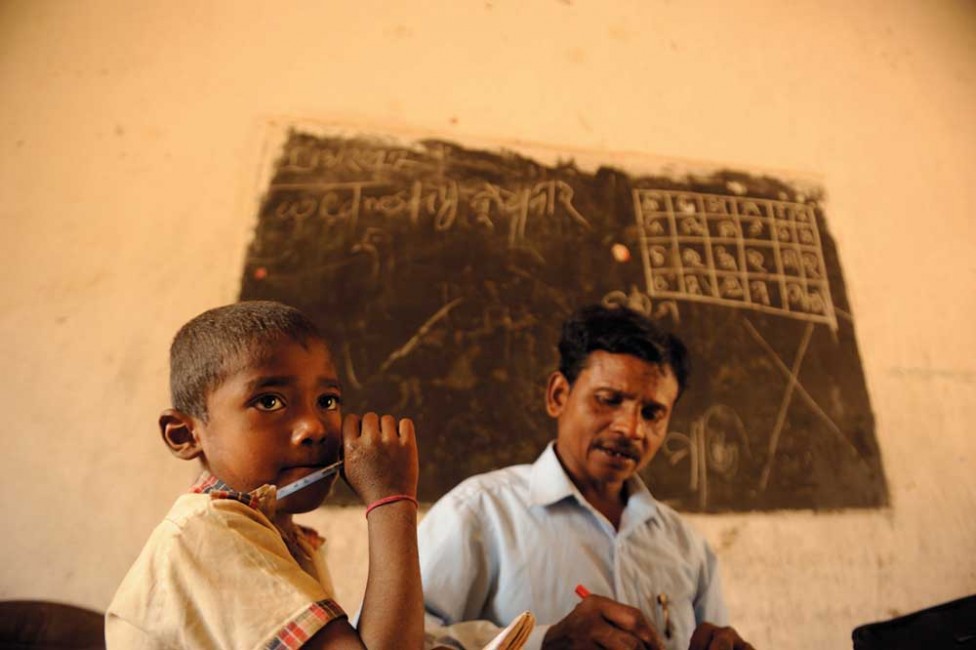 At least 7.7 million teachers were recruited in the last 15 years to run the 1.4 million new schools. Society has become a bit more inclusive as a result of this initiative. Tucked deep inside forested lands where no private enterprise will ever reach, these teachers are living by the government’s essential initiative. 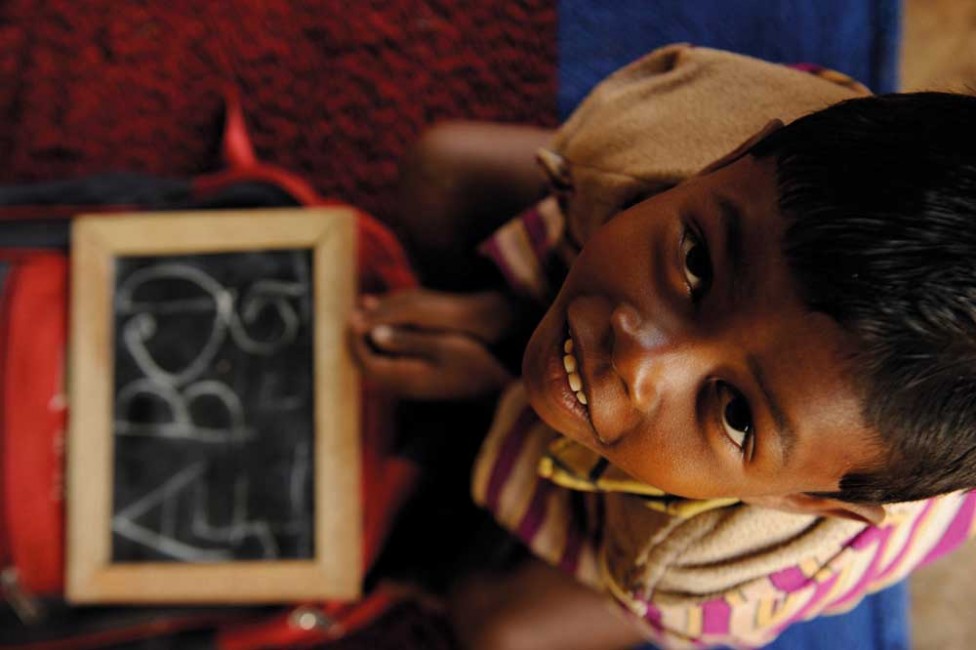 Kalu, 5, lost his father to snakebite a few months back. His mother toils in neighbours’ fields to earn a living. But Kalu is not a part of her daily struggle. He is in a classroom at Chirakurthi, West Bengal. 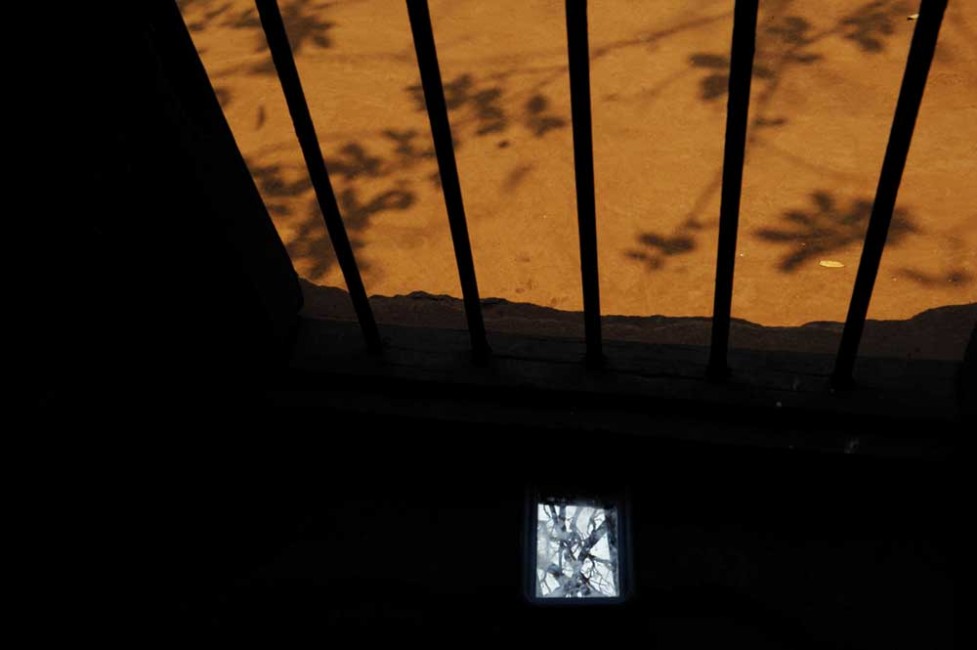 Inside the girls’ quarters at the abandoned forest rest house at Kanchinda, Odisha. The rest house was converted into a school by its former caretaker Prafulla Nayak. 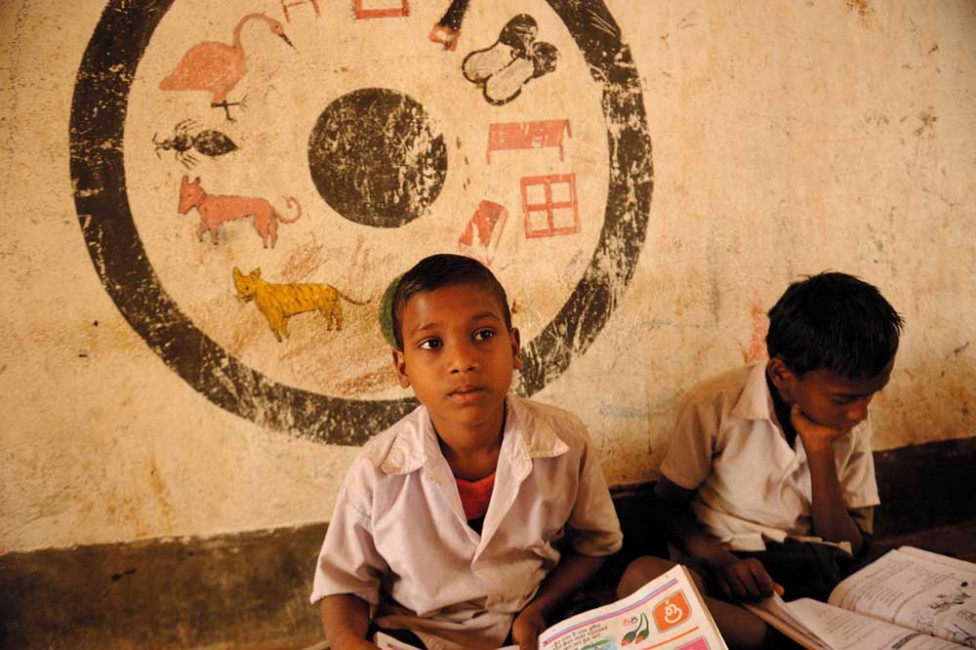 A ring signifying knowledge looms large behind this boy in a classroom at Kanchinda, like halos often drawn behind deities to stress on their spaninity. 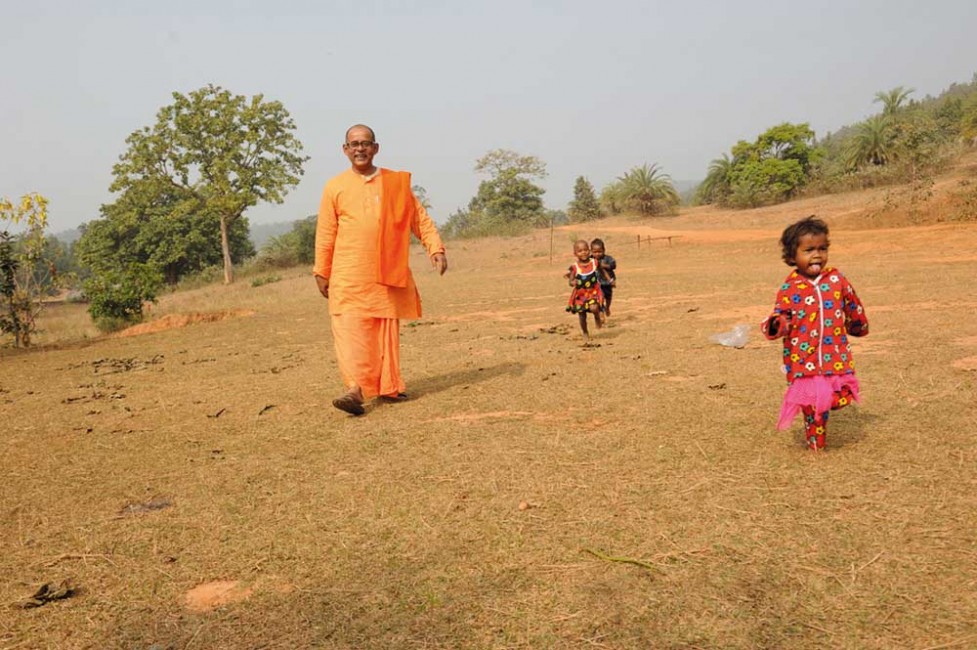 Once with the Ramakrishna Mission, Swapan Maharaj is on a greater mission now.  He runs four schools in rural West Bengal where children get everything from woolen garments to school uniforms to two meals. 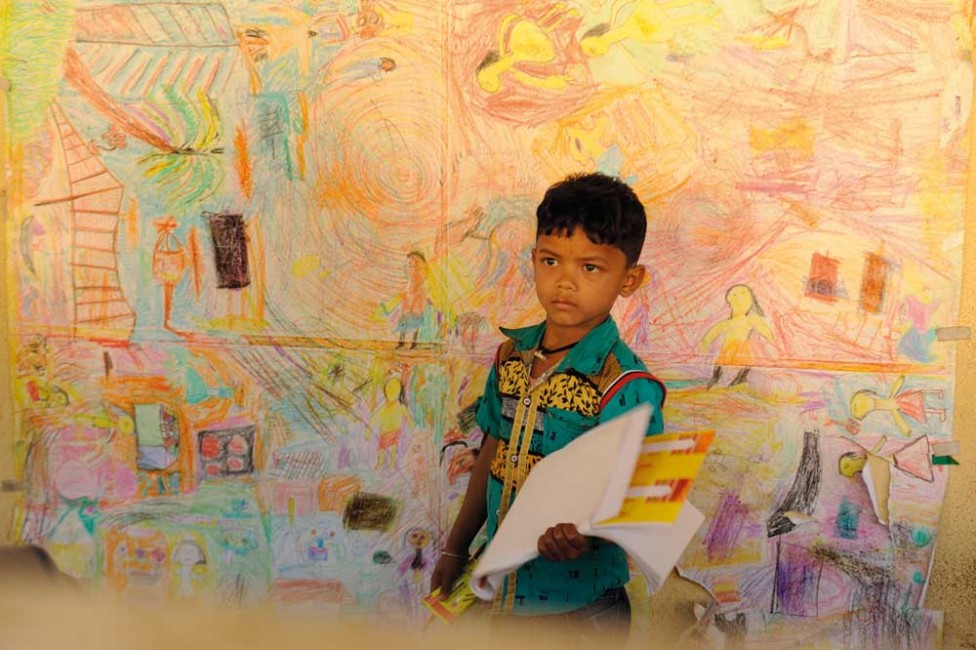 A charitable organisation comes to Chachanpur once or twice a month to instruct Reba Murmu’s students how to paint. The paintings are now pasted to a wall inside a classroom, giving it the look of a magic chamber. 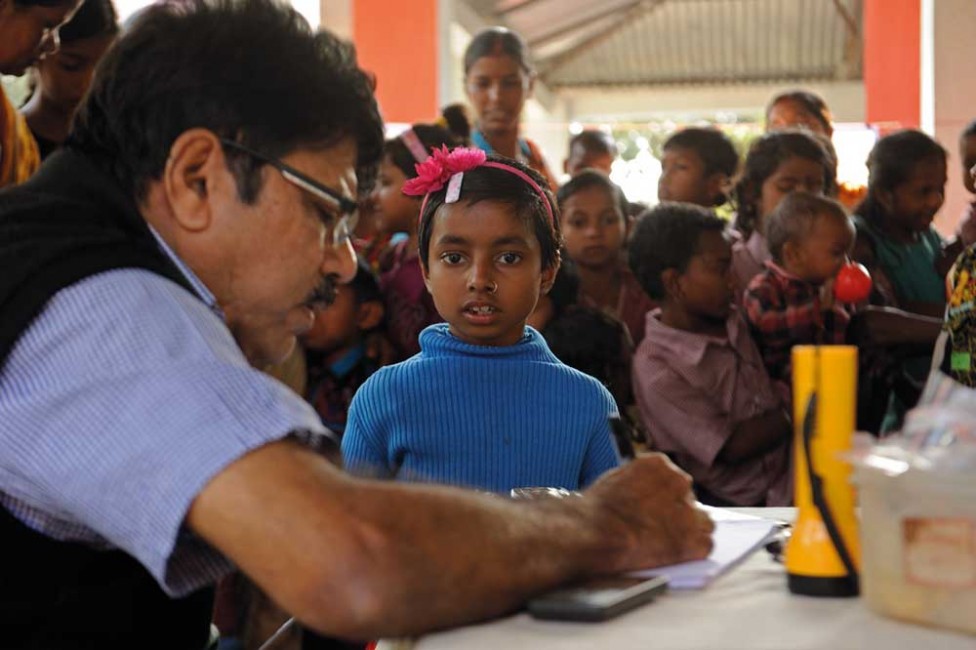 A Kolkata-based doctor volunteers at Chachanpur every month. According to him the students are not malnourished, but many are affected by jaundice due to the poor quality of drinking water. 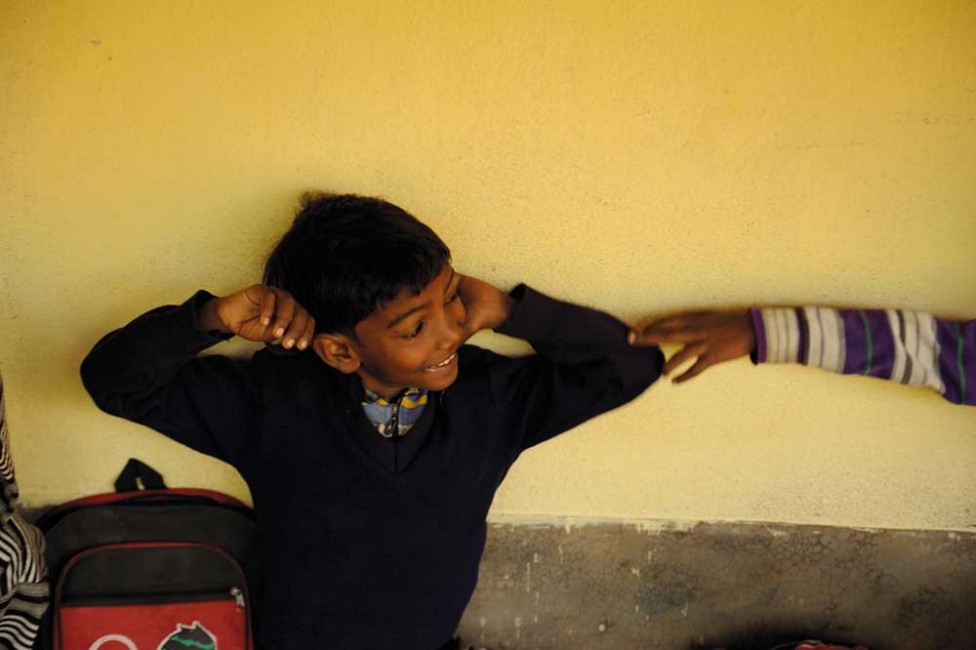 In Reba Murmu’s school at Chachanpur, one can reach out to the other. It is a place that nourishes friendship. 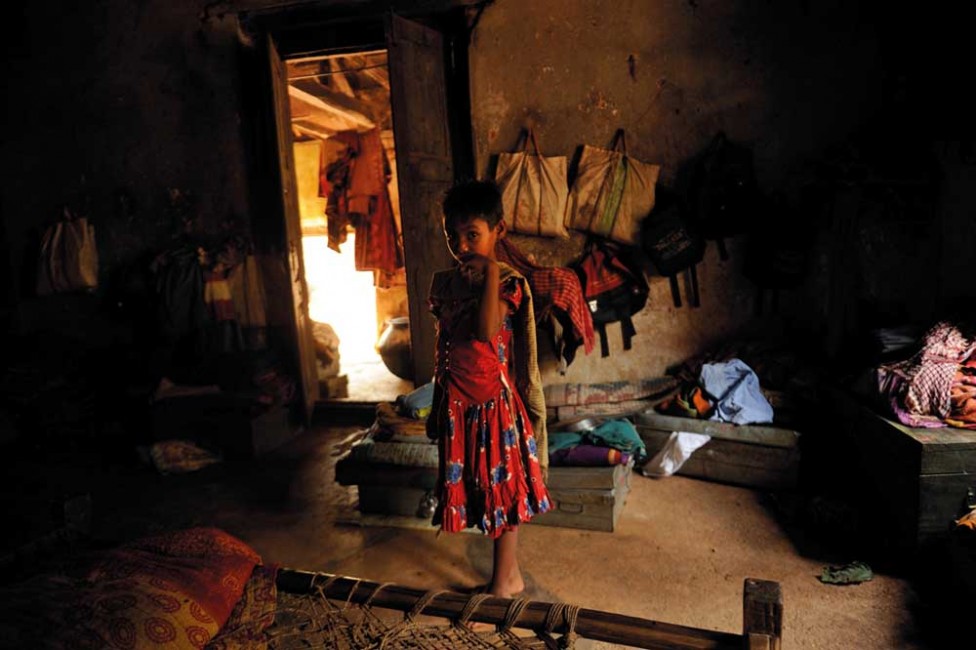 In the girls’ quarters at at Kanchinda, Mala, 8, stays with 20 of her friends. Boys stay in the other half of the same bungalow. 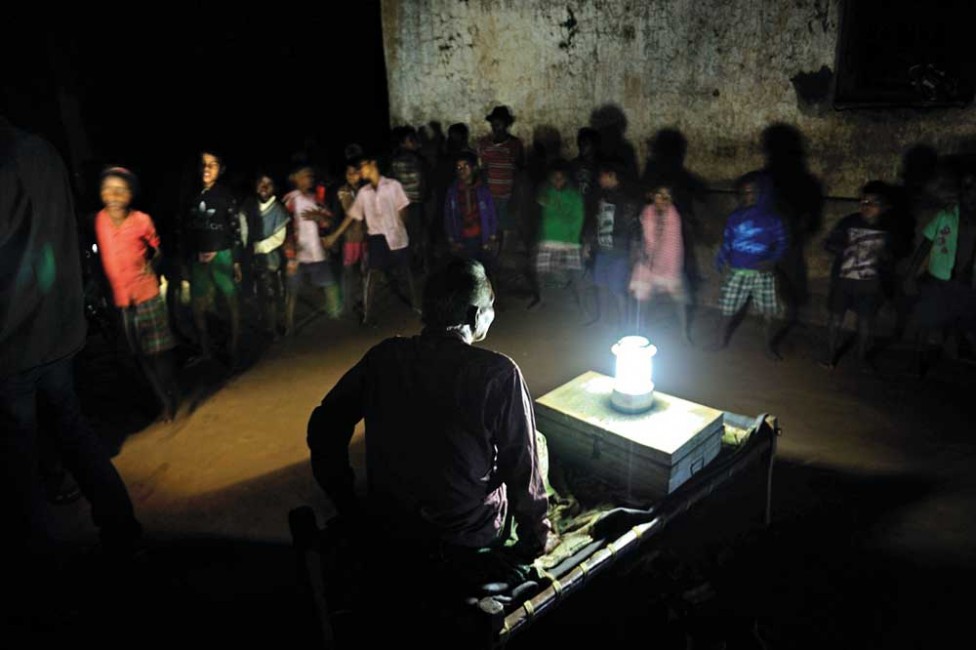 Around a battery-operated lantern donated by a visitor, students and their mentor get ready for evening study. Prafulla Nayak is strict in imposing discipline among his students, and sometimes his school is as silent and orderly as a sal forest. 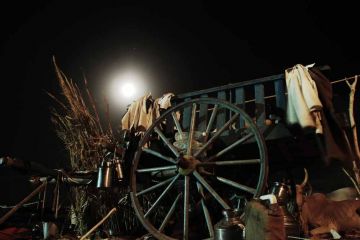 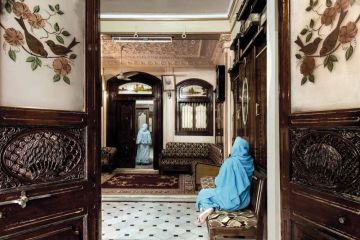 The past within the present

The traditional habitats and domestic spaces of the Dawoodi Bohras. 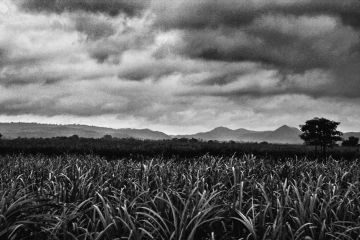