In a graphic account of the siege of Lucknow in 1857, William Forbes-Mitchell of the 93rd Sutherland Highlanders writes about a single sniper who cost the regiment four hours to neutralise. When they found the body, the sniper was an African woman. It turned out that the last Nawab of Awadh, Wajid Ali Shah had an entire regiment of African women, called Gulabi Platoon, in his army.

Africans probably came to India in the 14th century, mostly from Sudan and Ethiopia (then Abyssinia). The majority were slaves and mercenaries in the armies of native states in the Deccan and in Gujarat. When the Portuguese arrived they brought in slaves through their ports in Daman, Diu and Goa. By 1840 they were bringing in about 10,000 annually, from the slave markets of Zanzibar. They were sold to Portuguese traders by Gujarati banias settled in Zanzibar, Muscat and Diu who played a central role in the immensely profitable slave trade.

The one lakh-strong African diaspora in India is known as the Siddi community. It is derived from Arabic ‘Syeed’, which means ‘refined’. About 90 per cent live in Gujarat and Karnataka—the latter part descendants of slaves who escaped from the Portuguese. They are mostly Christian and supported by the Catholic church and, to an extent, by the state government.

The Gujarati Siddis were marginalised in every sense after the loss of royal patronage. They reflect the contemporary form of slavery in democratic India. In the village of Ratanpur, near Bharuch, they still don’t have a primary school or primary health-care. They earn whatever they can from believers who visit the mausoleum of Bawa Ghor, their original patron, a merchant and Sufi whom they followed all those centuries ago.

In India the Siddis live in isolated pockets and cannot communicate with each other. They remain so engrossed just earning a living that they don’t get the chance to look farther. 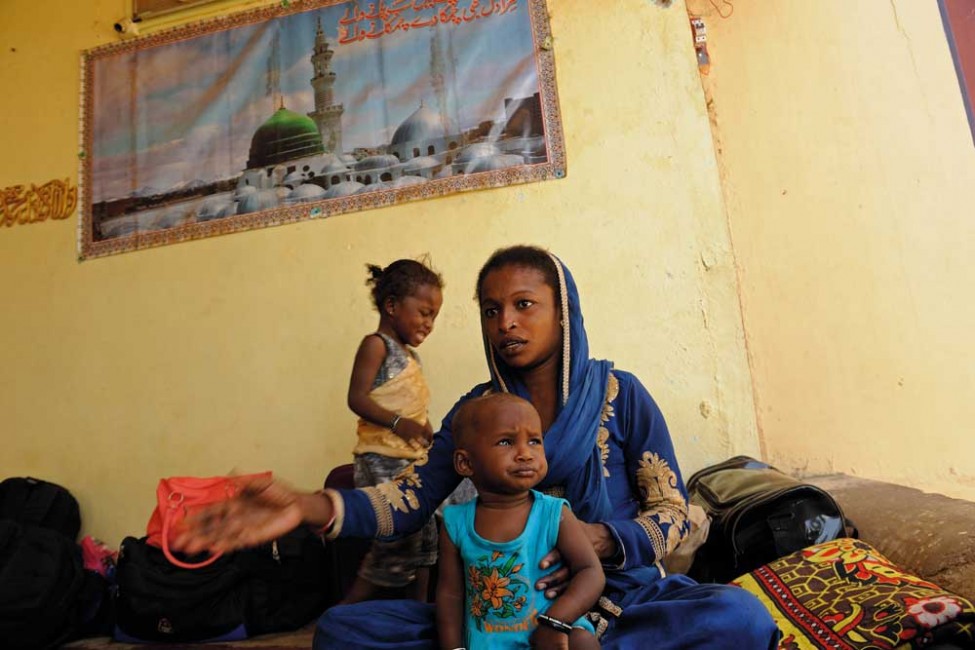 A mother of two at 22, Firdous, from Junagarh, was married at 17. Her father works as a security guard while her husband is a daily wage worker. 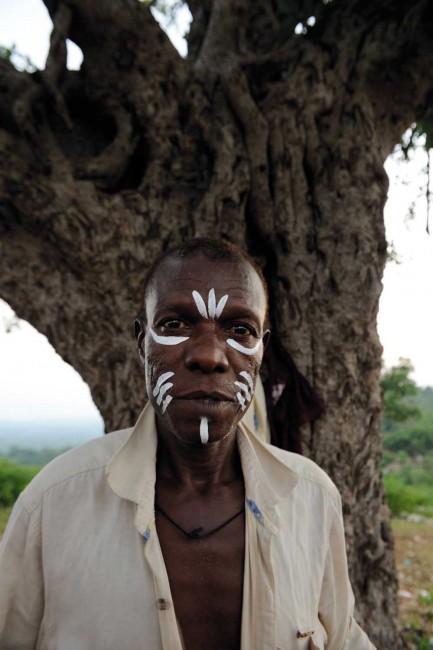 After Independence the Siddis were asked to participate in Republic Day parades to demonstrate India’s spanersity and plural democracy. But racial and color discrimination has always prevented them from being part of Indian culture. 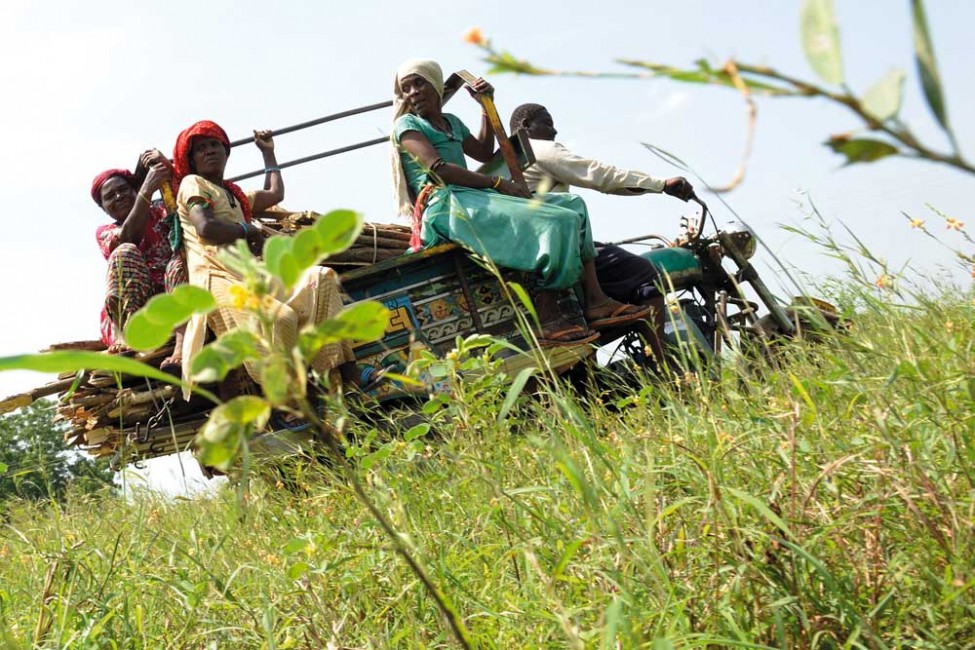 Akbar Siddi won a shot put medal at the National School Games, but he didn’t have the means to go forward from there. He drives his ‘Chakda’ (motorcycle van) on the Talala-Jambur route. Occasionally he takes tourists on ‘lion-sighting’ adventures inside Gir forest, and earns about ₹500 on such days. Otherwise his earnings remain below ₹250 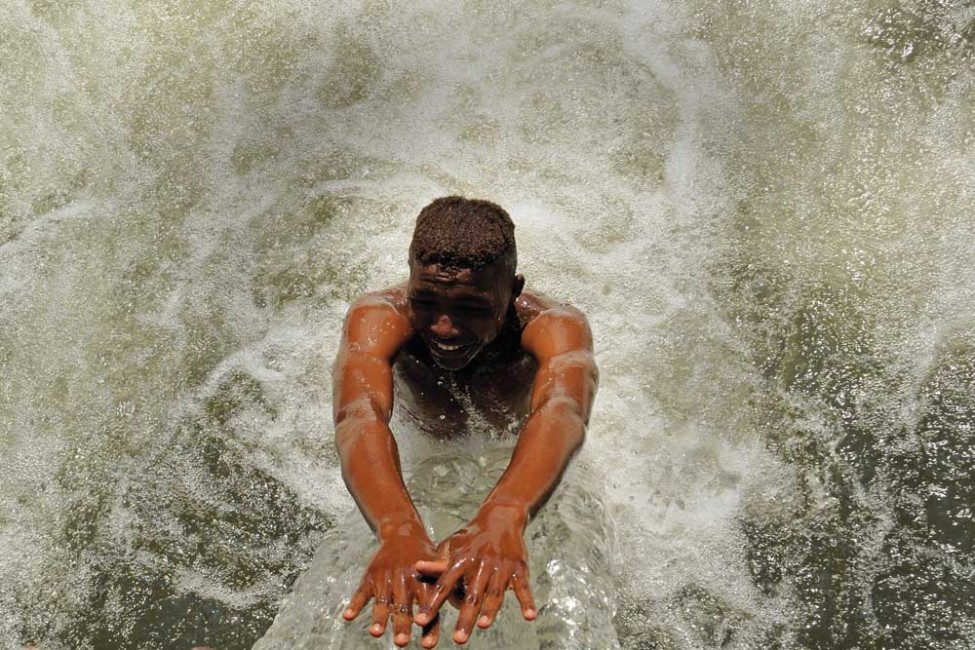 A Siddi boy swimming in the Hiran river flowing through the Gir forest, near Dhava. The Sports Authority of India introduced a talent search among the Siddis during Margaret Alva’s tenure, and Juje Siddi—who kept goal for India’s national soccer team—was a product of that initiative. But the program was withdrawn as soon as Alva went. 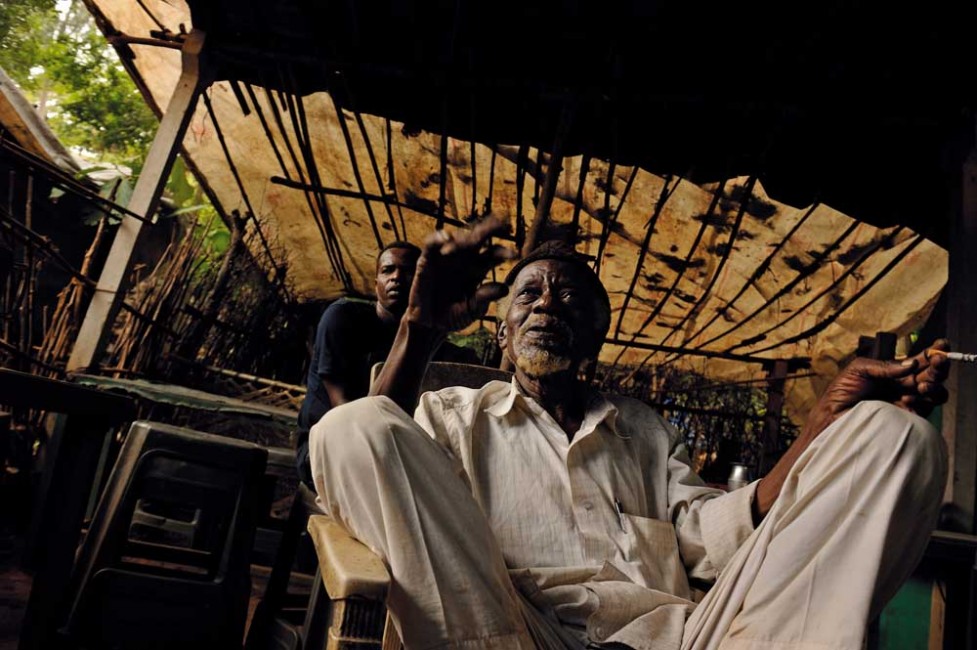 Osman Siddi, 72, doesn’t find anything objectionable in using the N-word. He still uses this word to introduce himself and his community. His father was a guard at Surat Jail, and he himself served convicts their daily meals for many years. He now operates from a ‘jhopda’ in Ratanpur, selling tea and pakoda to believers of Bawa Ghor. 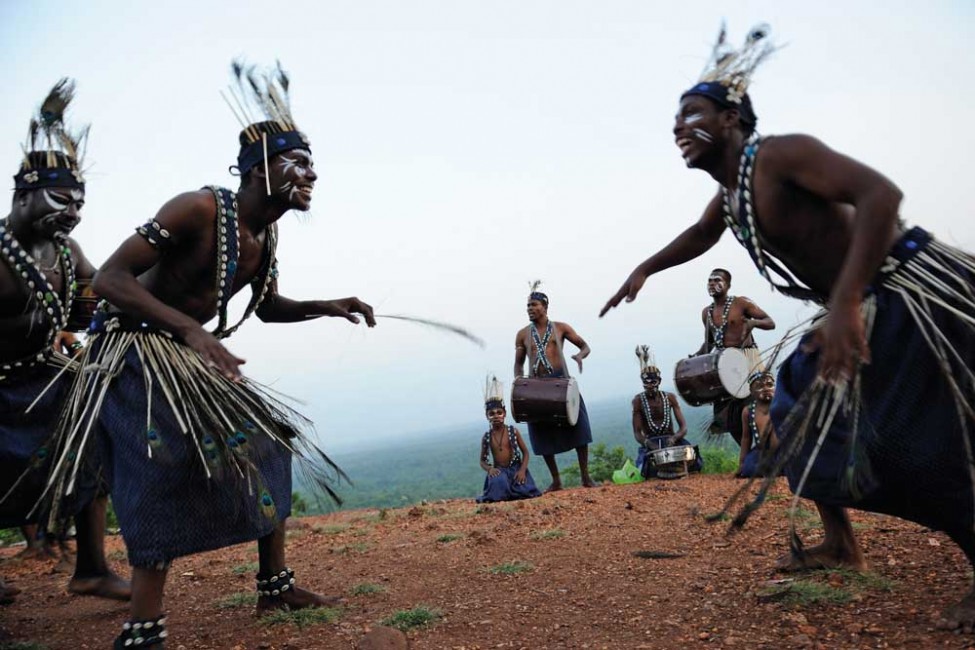 Goma, a Siddi dance form, has become popular and the dancers frequently get calls to perform. It comes from Swahili ‘Ngoma’, drums. Performers personify animals in a forest, and the message that comes out is the magnanimity of the natural world. Goma is being reshaped as dancers feel a middle-class Indian audience wants most is to see them acting as animals. 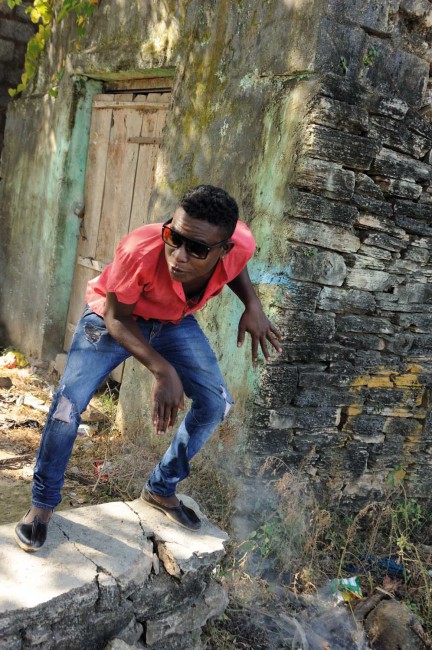 Nizon Boxer (he did not reveal is real name) of Talala wants to be a rock star. Through television the Siddis of Nizon’s generation know a few things about MTV. More than African roots they love to assert a glossy African-American identity. 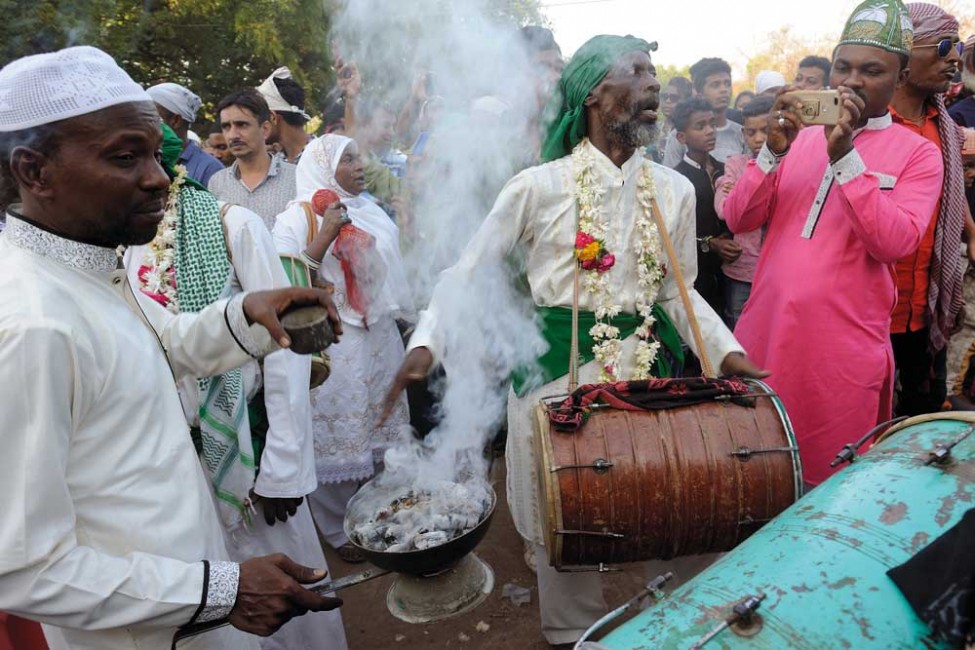 Urs is celebrated in all Siddi shrines according to Sufi traditions. Hardliners don’t approve of Siddi Islam, rooted in Sufism and other African rituals. During the Urs the stage is taken by singers and drummers and herbs are burnt to drive off evil spirits. 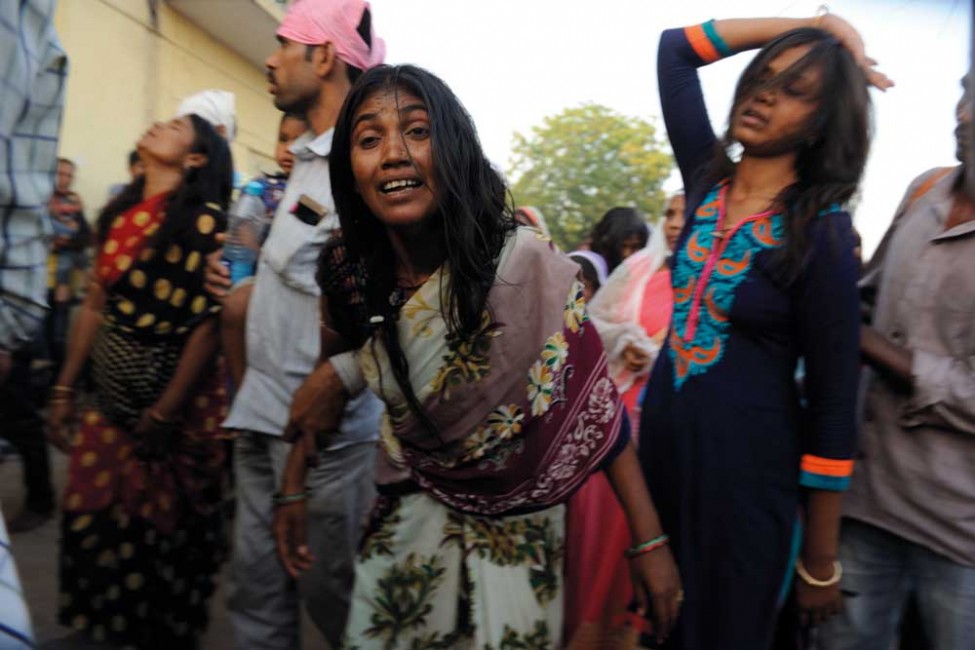 Spirit-possession is part of Siddi Sufism. People believe the Siddis brought and kept alive the art of African black magic. This reputation ensures a regular flow of believers to Bawa Ghor’s dargah. 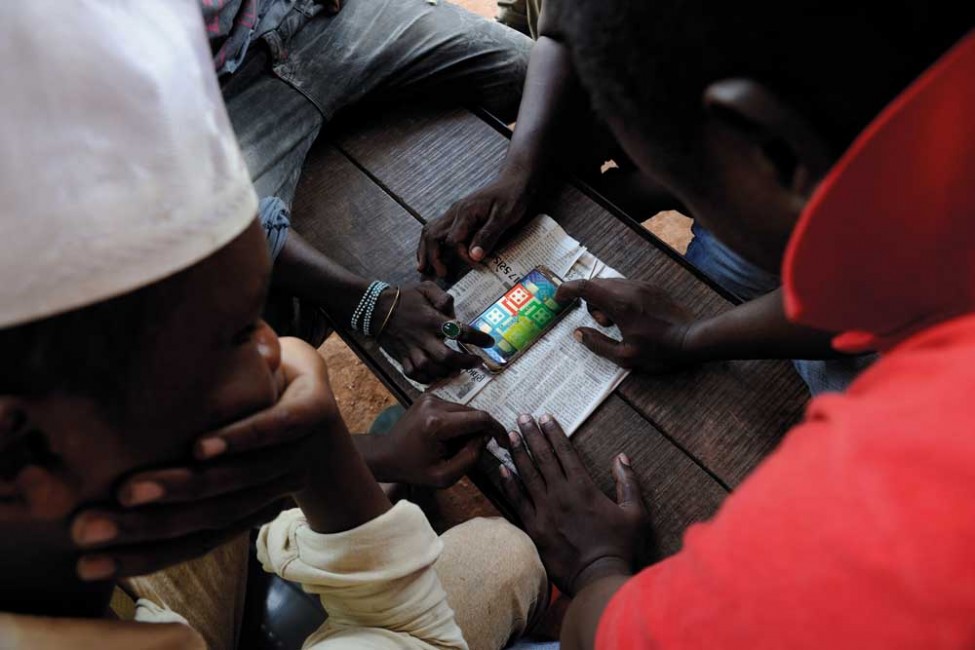 Siddi youth are jobless or do menial jobs. In six districts (Amreli, Jamnagar, Junagarh, Bhavnagar, Rajkot and Surendranagar) they are treated as a Scheduled Tribe. But that means nothing as the Siddis are yet to cross the threshold to apply for a government job. 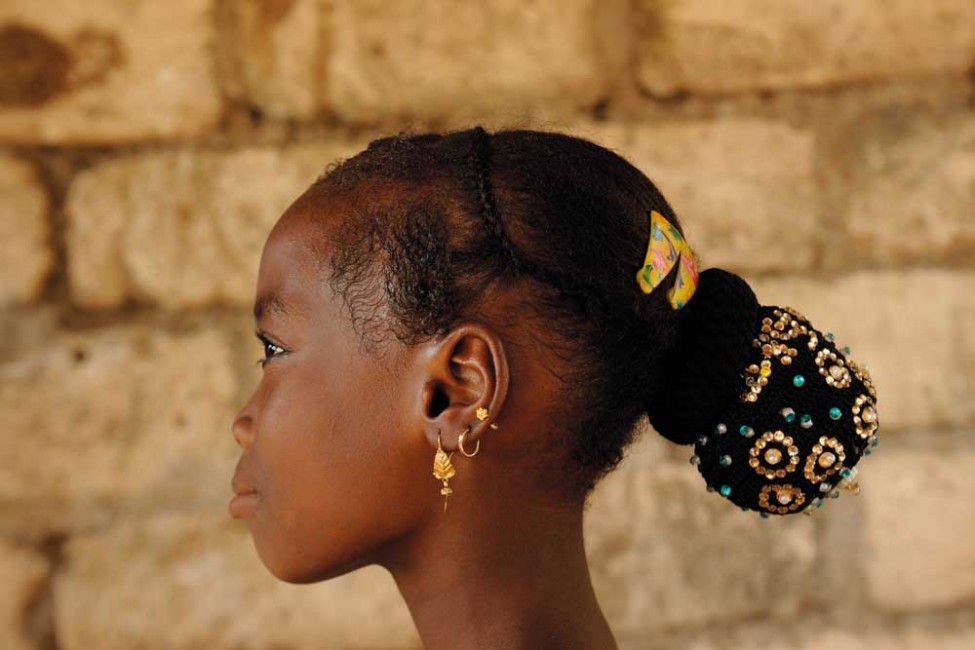 Hair is important in Siddi culture. A girl’s hairstyle symbolised her clan, family origin, marital status, rank in social hierarchy and other such things. Azima, 13, more probably her mother, seems to know the codes. 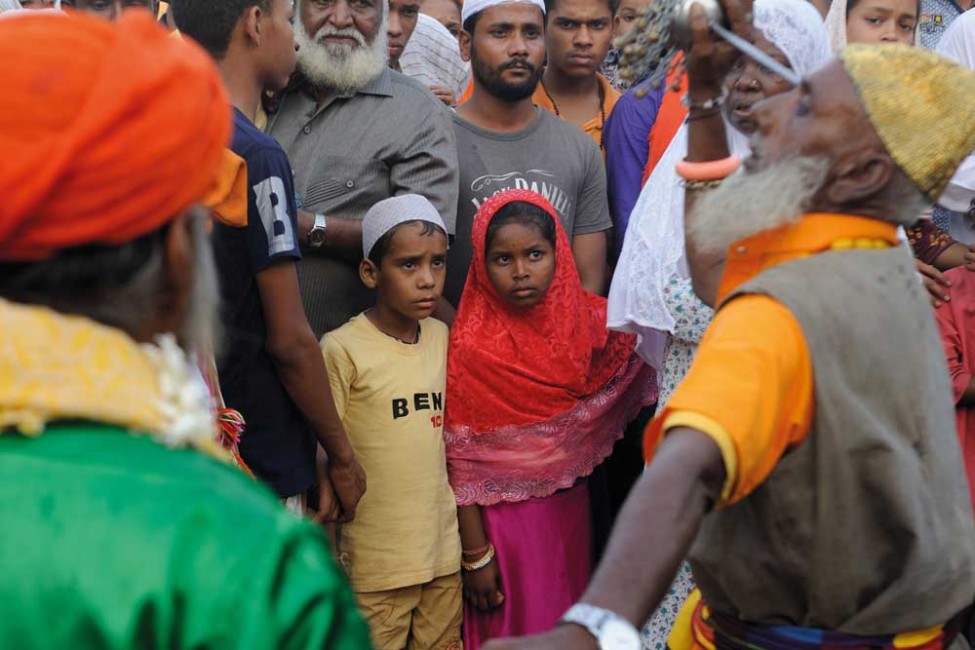 Every religious even is an occasion for Sufi peers from non-Siddi establishments to visit a Siddi shrine and show off their skills, bordering on magic. Not exposed to creative entertainment, the children watch them with awe and reverence. 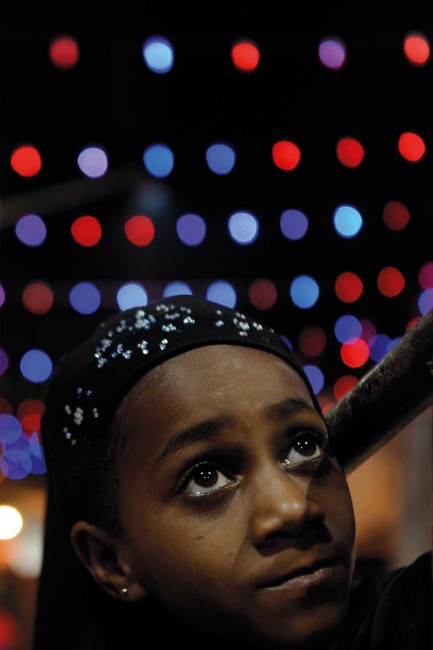 Though shining, these eyes are still not part of an India shining elsewhere. The Siddis are a community banished by fate and government apathy. 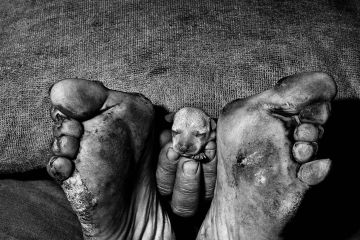 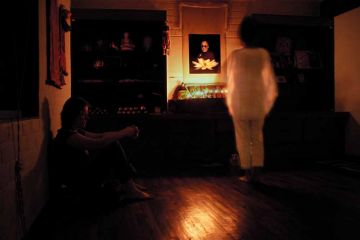 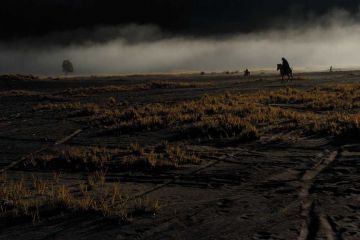