Fleeing the war, a family of Syrian refugees gets caught in an earthquake. 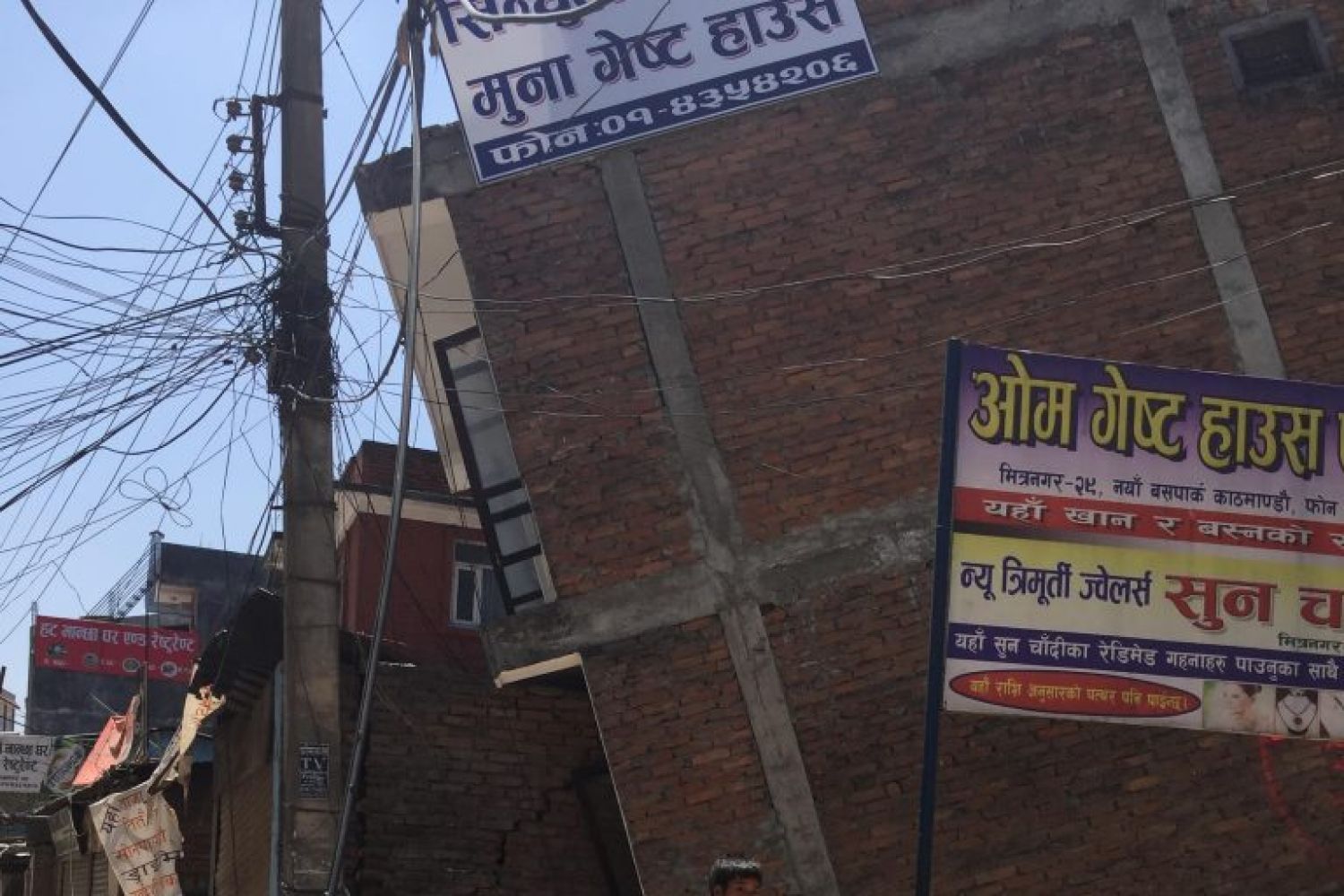 A cool breeze followed Wessam as he walked out of the Western Union office near the Teaching Hospital in Kathmandu. He bought four cream-filled doughnuts for his young daughters. Four thousand dollars had been transferred into his account a short while ago. The world was beautiful again, he thought, looking at trees that were just beginning to flower. He would pay the money to the pesky Nepali immigration officer as the fine for overstaying in the country with his four daughters, an infant son, his wife, and his 80-year old mother.

It would be the final step in the Syrian family’s long and arduous journey. They were fleeing a war at home, and in search of a new homeland. The journey had taken them across continents, cost a great deal more than they could afford, and had ended abruptly with a short stint in a Nepali jail as victims of human trafficking.

“Back in our hotel, no sooner had I pulled back the lid on the tin of sardines did the earth convulse in a state of seizures,” Wessam says.

“Bashar, ya khara (Bashar, you shit), ” his 11-year-old daughter screamed, an instinctive reaction to years of shelling, the ominous shaking of the ground that had been their companion at numerous locations across Syria as the family ran in search of a refuge. But unlike that volley of bombs, this rumbling lasted much longer. By some accounts, the earthquake that hit Nepal on the afternoon of April 25, with a magnitude of 7.8, lasted for 64 seconds. It has so far claimed more than 7,000 lives.

“I felt as though I was break-dancing,” says Wessam's nine-year-old-daughter, demonstrating a quick shuffle opposite a hospital bed under a UNICEF tent that had been erected three days after the earthquake.

Only a few seconds had lapsed—seconds that felt longer than most hours—when the family ran across the street to the safety of the Teaching Hospital. They saw their neighbouring building break in half like a cracked walnut. They were among the first to arrive at the hospital, and found a space on the wall that abutted the landscaped gardens.

Soon there was an unending stream of visitors. People, bleeding and broken, screaming and moaning, were arriving on the backs of more able-bodied men. It was a scene of chaos, a frenzied public in desperate need of assistance. Wessam took charge and rallied a group of young men and issued instructions. “Help there, take him there, make them form a queue,” and soon people started referring to him as a doctor. For a moment, he was not a Syrian citizen fleeing his country, but a man who had seen so much death and destruction that he knew what to do.

Only a few seconds had lapsed—seconds that felt longer than most hours—when the family ran across the street to the safety of the Teaching Hospital. They saw their neighbouring building break in half like a cracked walnut. They were among the first to arrive at the hospital, and found a space on the wall that abutted the landscaped gardens.

It was mid-2011, when the Arab Spring had come knocking at the doors of Syria, asking for the resignation of the Bashar al-Assad government. Rather than agitating on the streets, Wessam quit his job as a woodcarver who made Syrian movie sets. He led his family out of Damascus to Deir Ez-Zor, a city in the north where the rebel Free Syria Army (FSA) was attempting to form a base.

Wessam was under no illusions about the impending state brutality: two of his brothers had been picked up in the dead of night because they were seen as affiliated to the Muslim Brotherhood, a party banned by the government. Soon after, the FSA gained more territory. A rain of bombs dropped by government MiG fighters nudged the family out of the house of a relative and into the car of an FSA rebel who ferried them to Al-Hasakah at the Turkish border for a hefty fee.

“I had to make them run again,” Wessam says. His wife, four girls and mother were back on the treacherous road leading to the Turkish border. The official border crossing had been cordoned off to stop the influx of more refugees so the family trekked over the mountains, at times walking six hours a day. Several travellers on the same escape route helped carry his daughters while his mother proceeded at the “pace of a snail”, and his wife did what wives do best, “complain”.

At the small Turkish town of Izmir, a man showed up, promising dreams. “You can have a good life in Europe,” the human trafficker told them. The “agent”, as he liked to be called, held several meetings with Wessam, each at different locations around the town, and made promises of political asylum, safe passages, and a visa that guaranteed place in German society where his brother and sister had already made their homes.

The family went to Istanbul from where they boarded a plane to Malaysia, a country Syrians don’t need visas to enter. “Malaysians are lazy, they won’t check your passports,” the “agent” had assured them. But the Malaysians scrutinised each piece of paper and passed the passports of the family from one official to another. Finally they were not allowed to travel to Germany.

“The Syrian passport itself had become a testament of wrongdoing,” says his wife.

Days later, advised by the “agent”, they travelled to Nepal where like most tourists, they were allowed a 12-day stay. Again, the Syrian passport aroused suspicions as they tried to board a plane to Germany with a visa that Nepali authorities deemed a fake. Hours later they were thrown into prison, and Wessam was separated from the women of his family. It was only after the UNHCR heard of their case, after German embassy staff heard the testimonies of retribution that awaited them at Syria, that their case was looked upon in a new light.

Only when his wife went into labour, Wessam was allowed out of the prison to visit the emergency room at the Teaching Hospital.

On October 27 last year, Ibrahim was born, even as the complex process of earning the right to enter Germany as asylum seekers picked up pace. There were months of interrogations and countless letters of support from relatives in Germany before their request was approved. The only glitch was the $4,000 fine: the money Wessam was going to pay when the earthquake struck.

On Monday night, they slept in a tent pitched in the Teaching Hospital, too terrified to enter the hotel except for a quick shower. They wait for May 10 when they will be allowed to go to Germany. The family of eight sleeps on a wooden bed covered with a donated foam mattress and a blanket from the hotel that is now empty.

Even the hotel manager was too scared to stay. “If anyone comes, check them in,” he had said, and fled. Wessam says, “Even if the hotel owner wants to go inside, he has to come and get the keys from this tent. 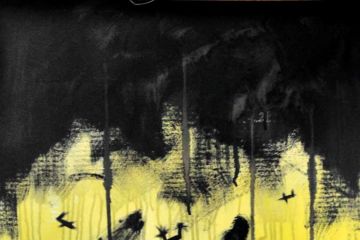 As rockets on Gaza in the conflict between Israel and Hamas, the signature of the battle is the devastation and death, mostly among Palestinians. 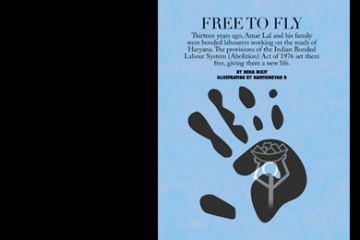 Thirteen years ago, Amar Lal and his family were bonded labourers working in Haryana. Today they are free, thanks to the Act of 1976, and can hope for better. 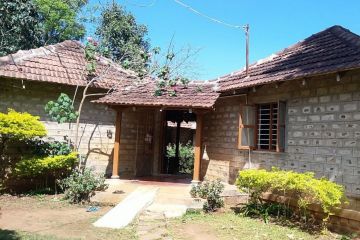 How a team of public health experts in Karnataka developed a coronavirus disease primer for frontline health workers.