Love and longing in Yarmouk

Life under siege for a Palestinian couple in Syria's war. 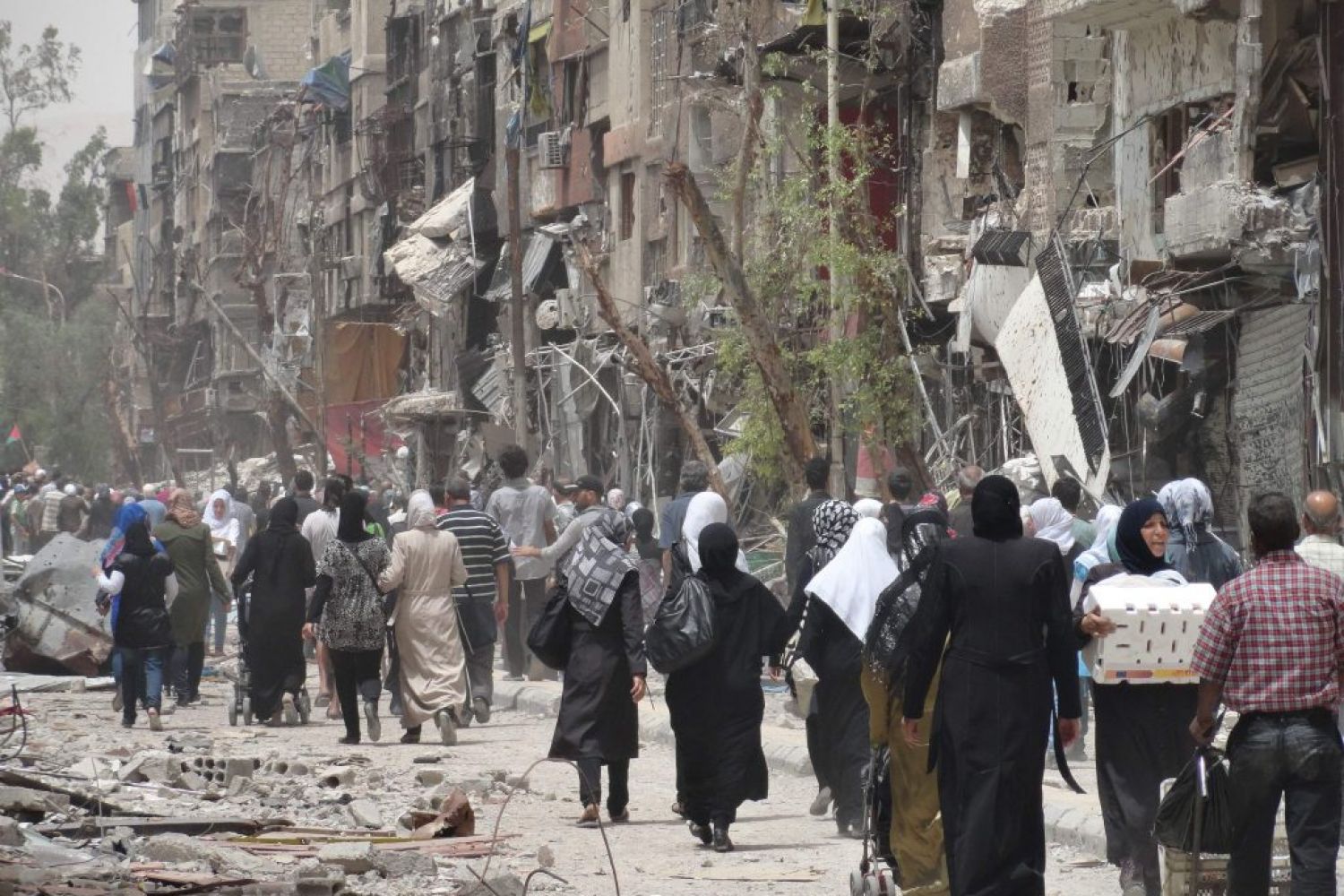 “I’ll call you,” he said, as he turned his back to leave for Yarmouk refugee camp, almost certain that they won't speak. That they can’t speak. Years of war have turned Syria inside out, left the cell phone towers upside down. It’s a country of rubble connected through weak, broken strands of mobile phone network that seldom work.

She'll wait by the telephone in the neighbouring town of Yalda, where armed fighters have agreed upon a shaky reconciliation with the government of Bashar al-Assad.

An anxious lover, a new mother, she knows the only place the phone will ring is on the rooftop that has been transformed into a vegetable garden, a desperate attempt to forage food in a time of great hunger and death. The rooftop is the sort of warm colourful place that stands out like a painting in the cold eyes of a sniper, of whom there are many. She won't go there. She can’t go there. She won’t tell him that. The unspoken will go with him, as he lumbers past an armed rebel checkpoint –where snipers frequently kill–into what UN Secretary General Ban Ki-moon has called “the deepest circle of hell.”

This is Yarmouk today: a Palestinian refugee camp in Damascus that has been under siege for almost three years, deprived of food, water and electricity; its starving people terrorised by the Islamic State (IS or ISIS), forced to witness public beheadings outside a butchery known as The Millions.

Yarmouk, once a bustling Damascene suburb of 200,000 is now home to about 17,000 Palestinians, the poorest of the poor, who live in such desperation that they make soup out of blades of grass. The people that remain in Yarmouk are entirely dependent on food aid distributed by United Nations Relief and Work Agency for Palestine Refugees in the near East (UNWRA) but the last time aid convoys were allowed inside the camp was March 28, 2015. The majority of people get on average about 400 calories a day according to Christopher Gunness of UNRWA and 15 have starved to death. The arrival of ISIS has complicated matters further: on April 1, 2015 ISIS aided by Jabhat al-Nusra, an al-Qaeda affiliate, came tearing into the camp following a dispute with a local Palestinian militia, Aknaf Beit al-Maqdis, allied to Hamas who staked claim over the camp.

Today Yarmouk is the “Arab Spring” in a suburb, a smelter of wars old and new, a place of fresh kills for past grudges.

He will keep calling her. When he hears her voice, broken into pieces because of static, he will rejoice. The siege, he says, brought them together. A notorious jaggal, a smooth-talker, with black gelled hair and a packet of cigarettes tucked into the back pocket of his tight jeans, he was the type a man wanted his young daughter away from.

A player who would never change, is what friends told her just before the uprising in Syria began in 2011.

"For you I would," he had told her, and she had believed him. Eight months into the siege, while hardships mounted and people including his family fled, he stayed for her. A year into the siege as food stocks from relief agencies fell and humanitarian workers were not allowed to enter Yarmouk, the besieged came together, a community forged in the heat of war and trying to escape it.

"I want her to have a good man," her father had said.

They married on their street, on the carpet of shell-blasted rubble. Someone brought a few flowers. A couple of friends travelled to the neighbouring town of Babila where a ceasefire was in force, and bought overpriced vanilla ice cream. They married at asr, the time of the afternoon prayer, and prayed for cessation of gunfire. She wore a borrowed white dress and veil. He wore an old suit that belonged to his father. At sunset the women moved the party indoors to dance to the sultry tunes of Raghab Alami on the stereo powered by a car battery. When gunfire cut through the song, they chose to ignore the war.

He rushed to the Palestine Hospital when his wife went into labour. The hospital had no doctors, no nurses, no medicines, and no electricity. The night of delivery was bitingly cold, so the only midwife in Yarmouk, a celebrity, instructed him to burn wood that filled the room with smoke. When the contractions got violent, the midwife ordered him to rush to Yalda to buy a painkiller injection at three times its price. At least then in February 2015 there was no IS, he could have dodged the siege but soon they lived under house arrest too afraid to walk out.

On the second night of ISIS's conquest, almost five weeks after the birth of their son, when mosques in Yarmouk broadcast messages of IS' successes and issued threats, the two lovers and their 39-day-old baby sneaked out of their house and into Yalda where locals viewed them through distrustful eyes.

"The siege has also cemented our love," he says as he teases death walking back and forth between Yarmouk and Yalda to see his wife and their young child. On the walk back he steals glances at places that once were. The shop from where he bought her a red dress when he had started courting her, past the Chicken Corner where they had their first meal as man and wife, and at the park where he had first confessed his love to her. None of those places remain but buried under them are emotions that will continue to linger despite the ravages of war.

There is no certainty of peace in Yalda, and despite the possibility of a ceasefire in Yarmouk the people of Reef Damascus (Damascus countryside) aren’t too hopeful. They see the ceasefires as uneasy reconciliations that are always close to breaking down. Last week armed factions fired rounds as IS threatened to usurp more territory. The government has reached agreements with several areas in Reef Damascus where armed groups have agreed to lay down their weapons but these pacts have not been followed by genuine reconciliation.

Instead, areas like Yalda, which were besieged, have had their doors opened. On good days trucks full of bread enter Yalda, but the supply is nowhere close to demand. Similar scenes unfold in Babila, Tadamoun and other parts of Reef Damascus where the unspoken government and rebel policy has been to “starve until surrender”.

Yarmouk may be the "deepest circle of hell" but there are other circles, other towns and villages living out similar nightmares. According to the United Nations Office for the Coordination of Humanitarian Affairs, about 400,000 people in Syria lived under siege in December 2015. A town called Madaya, under siege by government and allied Hezbollah forces, is the darkest corner of this war. Doctors without Borders estimates that 23 patients in the health centre in Madaya have died of starvation since December 1. On January 7, the UN facilitated a deal with the Syrian government to allow aid into Madaya but the siege continues while the Minister of Reconciliation Ali Haider travels the country attempting to broker peace.

On August 17, 2015, the United Nations put out an estimate of 250,000 that had died in the war. According to the UNHCR the number of Syrians fleeing to neighbouring countries in July 2015 crossed the four million mark distinguishing the Syrian crisis as the world's single largest refugee crisis in almost a quarter of a century.

(Syria’s Foreign Minister Walid Al-Moualem arrives in Delhi on Monday. The Syrian war has claimed at least 240,000 lives and made four million people refugees. At least 400,000 people live under siege in the country. This is the first part of a Fountain Ink series on the humanitarian crisis.)
Read Part II here; Part III here; and Part IV here. 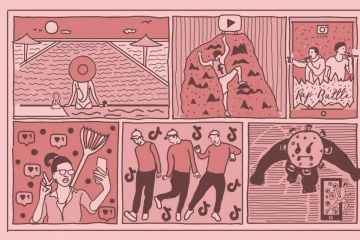 Social in the time of isolation

New ways of living on the Internet. 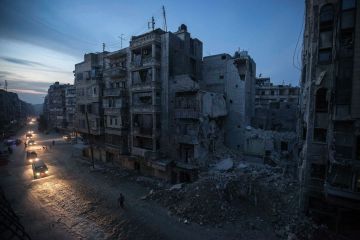 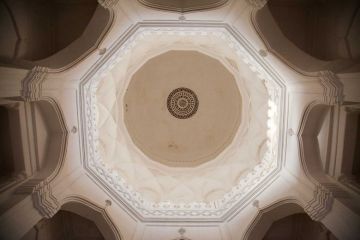 Bringing life to a necropolis