In late April 2018, blogger Chambi Chachage transferred ownership of his blogsite Udadisi (meaning “curiosity” in Swahili) to writer and editor Takura Zhangazha in Zimbabwe. Then there’s blogger Elsie Eyakuze, of The Mikocheni Report, who described herself as a “digital refugee” and is open to the possibility of finding a temporary digital home outside Tanzania. Via Twitter, writer and tech consultant Ben Taylor, who resides in the UK but writes frequently about Tanzania, has issued an invitation to her and other Tanzanian bloggers to continue writing as a guest blogger on his site, Mtega.

Their moves are a reaction to new laws in Tanzania that are making it increasingly hard to write and report. Back in March, the Tanzania Communications Regulatory Authority (TCRA) issued the Electronic and Postal Communications (Online Content) Regulations, 2018. This demands that bloggers register their sites with the TCRA and pay a $930 fee per year to continue publishing online—fees which exceed Tanzania’s average annual income. Violators will be subjected to fines of “not less than five million Tanzanian shillings” (around $2,500), imprisonment for “not less than 12 months”, or both.

The regulations come with a long list of guidelines for what constitutes “appropriate” content once registered. While many of the guidelines relate to curbing hate speech and child pornography, they also specify the prohibition of “fake news”, “content that causes annoyance” and “content that uses bad language”, among other highly subjective instructions. Bloggers are also expected to referee their readers’ comments to ensure compliance and report violations to the TCRA.

Days before the “blogging tax” registration deadline in June, Tanzania’s oldest, largest and most controversial online forum, Jamii Forum, shut, along with several other independent sites.

Eyakuze, who has been blogging for nearly 10 years, believes that these regulations “have nothing to do with trolls or with making the world better for online experiences”.

“These regulations were designed to make sure that free dialogue becomes constricted; that people who broadcast about any kind of current event would be scared out of doing it; that people who are critical or comment in any sort of intelligent fashion about how we govern ourselves would be in danger of being punished,” she said.

Aikande C Kwayu, a political scientist who ran a blog covering political and cultural analysis, said of the regulations: “I was really hoping the minister [Dr. Harrison Mwakyembe, Minister for Information, Culture, Arts and Sports] would not sign off on this.

“It’s not just that we have to be careful what we say, or that we even have to pay, it’s that we’re expected to work on behalf of the state to regulate, remove and report readers’ comments. This was the hardest part for me.”

A coalition of civil society, legal and media organisations challenged the regulations in court, temporarily delaying the official deadline for compliance. Members of the Media Council of Tanzania, the Tanzania Media Women’s Association (Tamwa) and the Tanzania Editors Forum, among others, submitted a petition to the High Court of Mtwara on 30 April, asking the courts to review the regulations for violations of “natural justice”, but their case was ultimately dismissed.

Hawra Shamte, Tamwa advocacy manager in Zanzibar, said of the verdict: “It’s really disappointing to see that the case was thrown out of court. The freedom to speak and write are fundamental human rights.

“Any administration fears getting hurt, and yet these freedoms are written in our constitution.”

The move comes on the heels of other pieces of legislation controlling free speech online since President John P Magufuli came to power in 2015, including the Media Services Act (2016), which critics say severely restricts media freedoms and access to information. In December 2016, Jamii Forum founder Maxence Melo was arrested and held for his refusal to release information about JF members, many of whom are anonymous and often contribute to lively, uncensored debate. Four prominent newspapers were issued with bans in 2017 (including Tanzania Daima, Mwanahalisi, Raia Mwema and Mawio) and four other papers were heavily fined in 2018.

Kwayu, who shut down her own site, said: “The lack of clarity here is actually a strategy of the state. It’s all just a matter of interpretation. Anybody can be held accountable at any time.”

Eyakuze decided to shut down The Mikocheni Report to communicate the message that “silence itself is an answer”.

Christian Bwaya, a psychology professor whose blog Jielewe (meaning “know yourself” in Swahili) reached hundreds of Swahili-speaking readers, also shut down his blog because he feels the new regulations “will prevent people who already don’t have much from accessing essential information”.

Bwaya reasoned: “I could pay, but why? I felt I needed to show my position and stance on the [new regulations]. I felt it was best to send a message.”

Bwaya said he started his blog on health and relationships in order to educate a Swahili-speaking audience who may not have enough money for books but could more easily buy a cheap internet bundle. He worries that “the current administration does not value alternative voices online”.

But some writers and bloggers have expressed hope amid the challenges.

“There’s always risk to telling any truth but we’re Tanzanians and we weren’t raised to be cowards or embrace fear,” said Eyakuze.

“This is the kind of conversation we’ve put off for too long and the conversation is long overdue. This country is bigger than just me and I’m fighting hard to keep the doors open. I don’t want [us] to miss out on all the diversity of voices online.”

“I don’t know what’s next,” Kwayu admitted, adding: “Shutting down my blog was the best thing I could do to protect myself, while at the same time resist. This was my weapon, to shut it down but to keep talking about it.”

And the broader media landscape is pushing back. This July, for example, Dar es Salaam hosted a course from the Tanzanian School of Internet Governance, which covered “technical, economic, legal and contemporary social issues brought about by the internet and how they affect Tanzania decision-making,” according to its Facebook page. Led by technology NGOs, it said it “aims to build critical mass of individuals advocating for internet rights and freedoms through equipping the participants with the skills needed to participate meaningfully in local, regional and global policy discourse”.

Still, none of this is quite enough right now. “There’s so much young talent— smart, young Tanzanians developing their own content—that I’m excited about it, and I’m pissed off that they are now going to have a really hard time getting themselves out there,” said Eyakuze. “They are going to have to scramble to make it work.”

is a freelance journalist based in the USA and Tanzania. 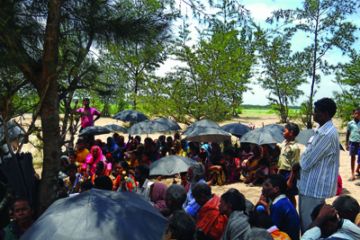 For years now people from Odisha’s Jagatsinghpur district gather around a cluster of trees in a village, every day. It’s part of their resistance against a steel plant to be set up on their land. 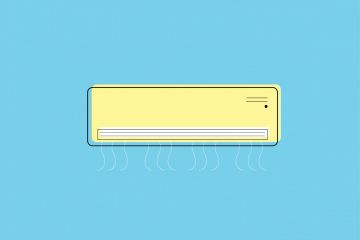 Heat and the folly of air-conditioners

The summer saw some of the highest temperatures ever recorded, but it could get worse. AC use is expected to rise steeply but that comes with its own problems. 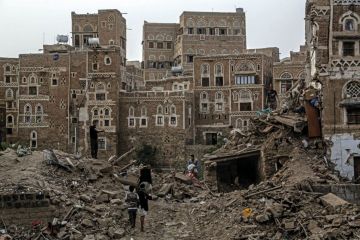