The teller of new stories

Rajendra Yadav (1929-2013), the driving force behind the 'Nayi Kahani' movement of Hindi literature, was a man of many parts. He leaves behind a much-needed intellectual legacy. 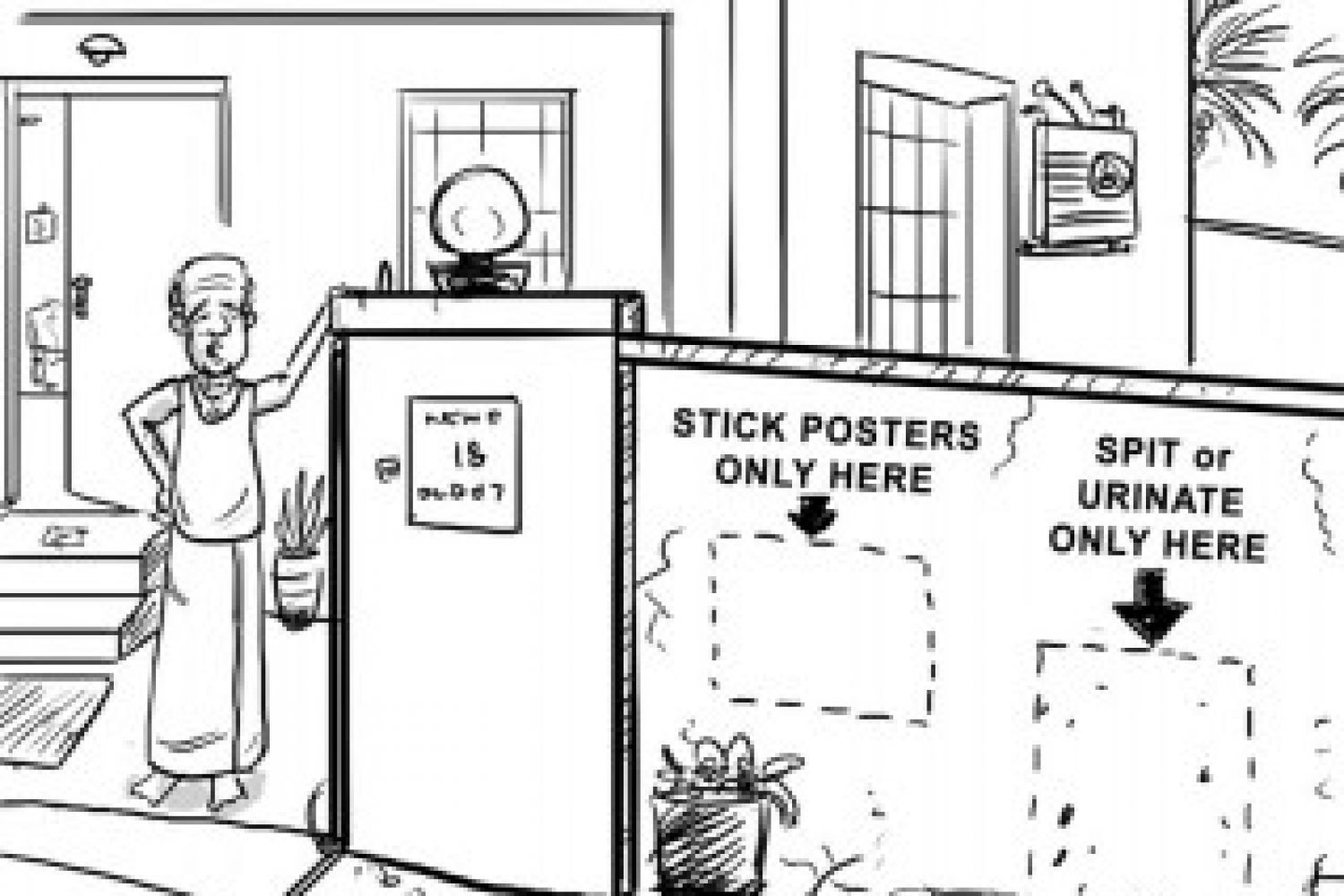 “One day, I told Kamleshwar something that had been preying on my mind. I took out a letter from my diary and showed it to him: the letter mentions two engines facing apart, which is also the ending of the novel Syah aur Safed (Black and White). I had told Rajendra Yadav Bhai that this is how I wanted to end my novel. The result  was that when Bhai published his Jab Pret Bolte Hain (When Ghosts Speak) as Saara Aakash (The Whole Sky), he stole the idea—by ending his novel in the same way.

I was so disappointed after this that I didn’t write the rest of Syah aur Safed. I divided the novel into two parts, the second of which I titled Neeli Roshni ki Baahen (In the Arms of the Blue Light). The first part, the typewritten 200 pages, was left as it is. I also told Kamleshwar, that I didn’t speak about this with that man ever … when I had told him the idea for Naya Makaan (New House) and he had written it as ‘his’ story, I didn’t feel that bad; had even told him so. But this time … I hated him so much that I didn’t tell him anything. ‘I have had enough of that man’, I told Kamleshwar. ‘I am just living with it … somehow.’ Kamleshwar read that part from the diary, written in 1958. He was shocked.”

This incident from Mohan Rakesh’s diary took place on November 4, 1964. The trio of writers, always mentioned in connection with the Nayi Kahani movement of modern Hindi literature, are all part of this diary entry. Rajendra Yadav is not a part of this conversation, but he is still the centre of it. This didn’t change for all his life.

Wherever he was, his scowl and his outspokenness stood out; he had mastered the art of being the centre of discussions even when he was absent. His writing, his comments, his interviews had that something that never left a reader or a listener unaffected; it made people react, perhaps the purpose of most of those utterances and writings.

In the world of letters, Rajendra Yadav has always been known for speaking his mind. This trait of his often landed him into controversies—and raised an army of detractors inside and outside the world of literature—but he continued undaunted. Literature and society were always the key drivers of his intellect, and he achieved whatever he aspired for in these realms. He was a determined man, and those close to him describe him as someone who was true to his word, and valued punctuality.

His friends had dismissed his idea of buying the magazine Nayi Kahaniya, of starting a writers’ cooperative and a publishing house, by calling him immature. They were against it when he used to declare his intentions in mehfils, and they were against it when he said he would go to Calcutta to raise money for the venture. His friends may have not taken his plan seriously, but Yadav never let go of his dream. It took him 22 years, but he did it. Akshar Prakashan was formed in 1986, and the publication of Hans started. His determined nature and his formidable editorial skills made Hans a publication that became a living platform for creativity and ideas in Hindi literature. The issues he raised, and the many intellectual arguments that he fostered, made him stand out from other literary editors.

In the discovery of new writers, in moulding them into formidable talents, the role of Hans is well known and undisputed. This was possible because of Yadav and his unique vision which was aimed at increasing the body of literary output and giving a new identity to the literature of his times. Naamvar Singh, a well-known critic, in his tribute to Yadav said: “By taking the responsibility of publishing Premchand’s Hans, he did a great service to the world of literature. If he had done this and this alone, he would still have been immortal.”

Yadav’s world of ideas was built on two bulwarks: those who disagreed with him, and his clarity of thought in the face of dissent. He never got unfazed by controversies and differences of opinion. Even his worst, detractors conceded that while dissent and debate were always intense, he never took even the most virulent of criticism personally. He said what he believed in, unvarnished, and stood his ground.

His wife, the writer Manu Bhandari, reveals another aspect of his personality. She writes: “It’s not that Rajendra does not have an ego, or is not sensitive. He has, and he is—in a big way. The things that hurt his ego are of a different kind altogether. He can’t tolerate any situation where he is made to feel small. He is just too assured when it comes to his writing. He has faith in his ability, and that’s why even the most stringent of criticism doesn’t rattle him like it does some of his friends.”

Yadav was well aware of his short-comings. He sums it up well in his autobiography Mud Mudke Dekhta Hoon (Turning, Looking Back), quoting what he had said in Agra during a get-together organised by his friends on the occasion of his 60th birthday.

He had said:  “Do all those who live double lives, leave their real selves somewhere safe, and continue to live wearing masks? A beautiful woman with makeup, when she sees people mesmerised by her beauty, must be gnawed by the thought of what will happen if one of her admirers catch her in a rare moment without the makeup, with just her real self on display. What will the person think? That rare moment with the real self keeps postponing its arrival. The made-up self, ever hungry for praise and recognition, becomes the real person. Anyway, whatever I am, an imitation, a make-up, a mask or my real self … is all because of you. I accept, with honesty, that whatever is wrong, bad or uninteresting—these are my acquisitions alone. I am grateful to all of you, and this gratefulness is my strength.”

In a way his words are true. Many people who know him have often seen hidden motives in many of his actions, his beliefs and his decisions. Both in life and death.

Even though we don’t have the tradition of speaking ill of the dead, Yadav proved an exception to this. Writer Ajit Kumar was his friend for more than six decades. Without mutual warmth a friendship can’t survive for that long. Writing about Yadav in Jansatta, Kumar speaks about his friend with feeling. However, he does recall an incident from the early days of Hans.

There had been some differences about the results in a story contest, and Yadav had without asking or informing Kumar, published in Hans that the winners were decided by Kumar. Kumar ends his article by saying: “If I had just a few words to describe Rajendra, then I would say he was dedicated to his writing, largely unrelenting with those of others … amoral … unscrupulous … stubborn,  meticulous, patriarchal, show-off, someone who under the masks of feminism, humanism and Dalit philosophy gathered material comforts for himself, and developed a certain constituency for Hans; a clever, likeable man of fine taste, who at last became a successful businessman, who kept collecting ‘dearness allowance’ from people, and we happily kept providing him with it.”

Isn’t it shocking that the words above describe a man who built a reputation with feminist and Dalit thought, and who was an outspoken critic who inspired fondness? Perhaps it is not so surprising after all. Yadav always played with dichotomies. All his feats were out of the ordinary, and often shocked or troubled others. Often these would lead to new ideas, facts or revelations that would challenge the norms or give new insights into contemporary politics.

His speech on terrorism, given in Patna, had caused quite a ruckus. What he had said was simple enough: “What is terrorism, after all? Whenever anyone stands up to an oppressive system, the system declares that person a terrorist, like they would once have called Hanuman a terrorist in Lanka.”

Yadav was well aware of what he was saying and why he was making the statement. He wanted the reactions, he wanted the brouhaha to continue, and most of all, he wanted to establish his ideas amid the din. The writer in him, perhaps, couldn’t be satisfied with anything less. This is why he was always surrounded by controversy, one after the other. He barely, if ever, made any effort to quell a controversy that had risen because of him.

The writer Manmohan tells of an event in Jhansi that he was conducting.  In between the proceedings, Yadav whispered to him, “This is going on in a boring way. You do one thing, make me and Shailesh Matiyani fight. He is a right-winger and I am a leftist. Let the tempers in the conference soar.”

His speech on terrorism, given in Patna, had caused quite a ruckus. What he had said was simple enough: ‘What is terrorism, after all? Whenever anyone stands up to an oppressive system, the system declares that person a terrorist, like they would once have called Hanuman a terrorist in Lanka’.

Yadav wanted to instigate Matiyani to pave a way for his own grand speech. He was very particular about his image: to be seen as one with the masses. So much so that even in private life, he often accused his wife Manu of being a rightist. He lived life on his terms, whether inside his house or in public, uncompromising in his beliefs.

He had a keen sense of the present, of society and politics. Even when he was admitted in the hospital, he never spoke of his sickness with visitors; his concerns remained rooted in literature and politics. Of late, he was of the view that writers of the new generation lack depth because they are shy of going among the people and gathering experiences from a multicultural society. Yadav’s point of view came from his position as an avid nurturer of young talent, someone who not only read closely but also groomed and published writers. The list is long, of writers who careers started with his help. He treated people of all age groups with an open-hearted generosity. He loved meeting people, he loved debates and discussions.

Perhaps this is what made him occupy a special place among writers spanning three generations; he remained new among the old. The true measure of his work is only possible with time; but the pain of losing him will be felt by readers and writers alike.

(Translated from Hindi by Saurav Kumar) 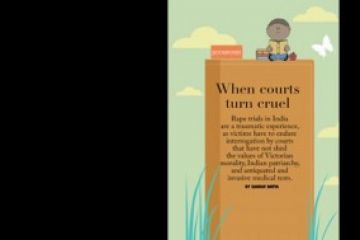 Rape trials in India are a traumatic experiences, as victims have to endure interrogation by courts that have not shed the values of Victorian morality, Indian patriarchy, and invasive tests. 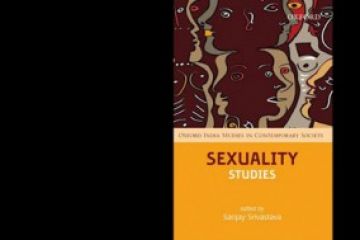 An anthology of sexuality writing in India proves to be a wasted opportunity as the editors stick to tired and popular narratives, and ignore much new work done in the field. 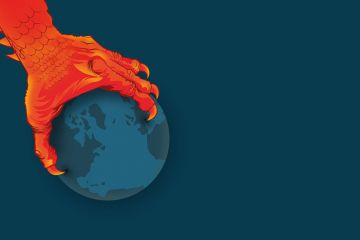 Armed with huge forex reserves, China stitches up the world with friends and vassals.